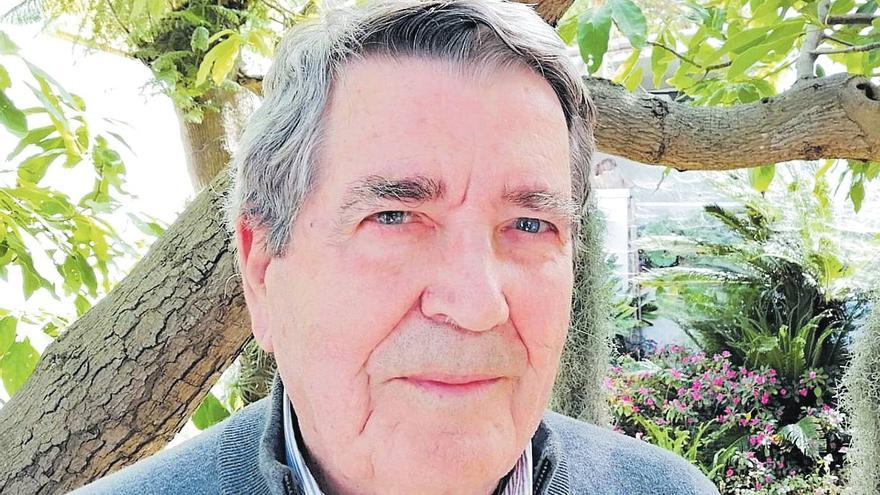 The subject of hydrogen, now that it has become so fashionable, must be seen in a global context and how it has evolved in the matter of energy. I remember a conference in which I said that the current energy system is outdated because it has a sufficiently large inefficiency. If you take the energy units that go into an internal combustion plant, which is what works in our electrical system, the performance that there is, in the case of an incandescent lamp, does not even reach 2%. The chemical energy that the fuel has has to pass into thermal energy and this, which is heat, will pass into mechanical energy that will become electrical. On the other hand, our worldwide distribution is asymmetric, that is, the rich consume a lot and the poor do not. 15% or 20% of the world’s population consumes 55% of natural resources.

But is it a valid energy source?

The distribution of energy is not safe because most of it comes out through a small gulf. We have already seen what has happened now with the Suez Canal. Europe has serious problems in the transport of that energy. Good combustion is supposed to have CO2, but now it turns out to be a big problem. As a result, hydrogen is an alternative because today there is a surplus of renewable energy in the world, solar, wind, ocean and biomass energy. Where that energy can be produced there is no such consumption of it. We don’t have the oil, we have to transport it. Renewables cannot be transported, it can only be produced by producing something. You have to produce what is capable of being transported, such as hydrogen. It comes out because there is an excess of renewable energy and it has many applications.

Is hydrogen a sustainable and clean energy system?

Hydrogen is the most abundant compound in the world, on the one hand, because water has hydrogen and, on the other, because all fuels are composed of carbon, hydrogen and oxygen. Hydrogen consumes oxygen, but the production of the former is clean. You apply electrolysis to water that breaks the water molecule. On the one hand, you will get hydrogen and on the other, oxygen. Then you store them and whenever you want, you put them back together with a system that passes chemical energy to electrical energy. Oxygen, which is used for combustion, is also used for hydrogen, but without combustion, but with the system that passes chemical energy directly to electrical energy. If hydrogen is created as a producer of renewable energy, be it wind, photovoltaic, hydroelectric, etc … it is automatically a sustainable and clean energy system.

Although there are already tests and prototypes of hydrogen-powered cars, only oxygen dispensers are discussed for the phased replacement of cars and other vehicles. In fact, there are already many in circulation and the implantation of pumps does not stop.

If the energy in the world is analyzed, it can be seen that it comes from wood, from this to coal and from this to oil, which as a liquid fuel has more calorific power. Contrary to what people may think, we have been environmentally benign because wood polluted more than coal and coal more than oil. The oil takes advantage of the market of the transport sector, within which there is the terrestrial, the naval and the aeronautical sector. One of the niches in which there can be any energy system, in this case, hydrogen, would have to replace the possible applications that exist. Where are there commercially profitable hydrogen applications today? In communication towers for data transfer that normally have a generator system and in forklifts. In important businesses, Diesel trucks have been replaced by electric ones and these by hydrogen because they are competitive. That market is there. The automobile market depends on the transport sector, which in turn depends on the number of units that can be sold. For example, a hydrogen bus costs two million euros. To date, a company called Cayetano has sold eight buses to Barcelona for around 600,000 euros. It is not competitive yet, but we could apply the CO2 emission from the car and the cost of that emission and currently I think it could be profitable in some sectors.

After several years of little talk of hydrogen, it is back to the present day. What are the main defenses and the harshest criticisms today?

The harshest criticisms depend on the environment in which you move. At the university we were working on a project that tried to produce hydrogen in places where there was a surplus of energy. The model of wind energy and that of hydroelectric power were taken. This energy is abundantly available in Quebec, in Canada. The University of Las Palmas was the only Spanish that intervened, but institutions such as the French Petroleum Institute or the Superior of Switzerland tried to produce hydrogen in Canada. All its production that could be transported as liquid hydrogen or as a chemical hydrogen compound was studied. There were trains running in Germany that have traveled more than 500,000 kilometers in two years and cost about 5.5 million. I have tried to bring this idea here because less CO2 is dumped into the atmosphere.

In addition to heavy industry and the automotive industry, what other activities and needs can hydrogen support?

Today there are more than 500,000 million cubic meters that are tons in the hydrogen industry. Ammonia is a molecule that has nitrogen and hydrogen. It is used for ammonia, to produce methanol and a number of minor products; Especially in the oil sector, in the refinery, there are many variations to make the fuel more hydrogenated and a large amount of hydrogen is produced. It is used in many places, such as the steel industry. It has many applications as its own use of hydrogen, not only that of the energy industry itself.