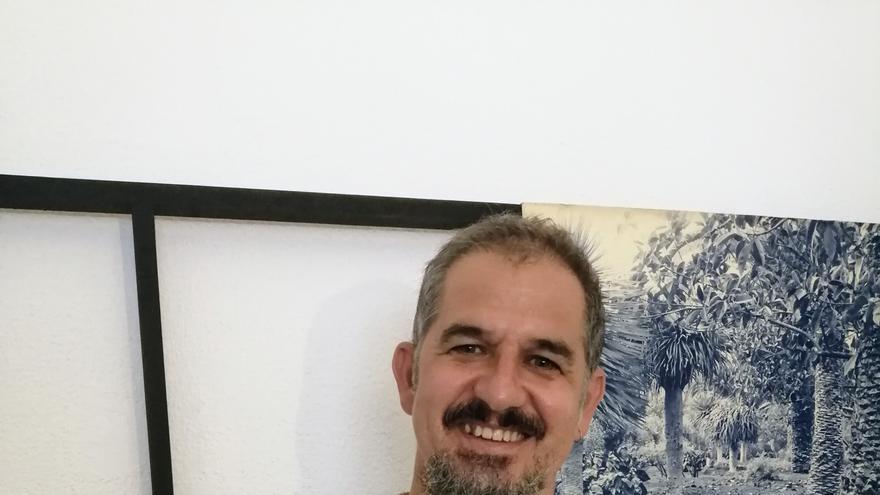 The doctor in Literature and Theory of Literature Antonio Becerra speaks, on November 19, on the Canarian modernist writer Fernando González (Telde, 1901- Valencia, 1972), on the importance of Tomás Morales in his work, how the myth is articulated and how he takes it as a teacher to claim for himself a place in the Canarian and national lyric. This conference is framed in the Seminar on Modernisms organized by the Tomás Morales House-Museum for four days.

The talk Fernando González: Devotion to the teacher It will be at 6:00 p.m. and it is the first conference of the second day of the Seminar framed in the Centenary for the death of the Atlantic poet. In it he will detail part of the life and work of González and also how, over time, “it goes assessing that poetic ambition and his writing varies, but not his judgment on Tomás Morales ”, explains Becerra, professor of Literature at the ULPGC.

The poet, professor of Literature and lawyer Fernando González, who studied in Tenerife and later in Madrid, actively participated in the publication of the first book of Hercules roses de Morales in 1922 and then, over the years, when he returned to the Canary Islands in the 60s, after his purification process, he began again to value Morales’s work.

González went so far as to assure that Góngora, Rubén Darío and Tomás Morales were the great poets of the Hispanic tradition. “The fact that he continued to surrender on the teacher is symptomatic, he does not stop having it and builds a myth of Tomás Morales because he is interested in it, but it is a matter of personal motivations,” Becerra details, while adding that he pursued the idea of ​​creating a school with the Canarian modernists because he knew that in this way that tradition would continue and many poets would be linked, including him.

For Becerra, González’s poetry is “curious”, because it is not very experimental, although it is sometimes. He begins to be a modernist poet, who has Morales, Rubén Dario and Amado Nervo as a reference, but to some extent, like Juan Ramón Jiménez, he is evaluating and simplifying the poetic expression, he explains.

And despite living for several decades outside the Island, it maintains its roots. In the book Bonfires in the mountains (1924) makes explicit reference to how in Telde, the night before the young people emigrated to America, people lit bonfires so that they would not lose the reference of the island. “It is a very interesting book, in which everything that he lived is contained, he feels like an emigrant, like his brothers who went to America,” he says.

In fact, he was one of the poets of the interior exile since for political reasons he was purified between 1939 and 1957, and he could not teach. “If he had left Spain, like other poets, he might have developed a more powerful work. He is a strange poet, who has magnificent poems, but his work is out of date and also responds to other intentions beyond the purely aesthetic, ”explains Becerra.

The last texts he published were in 1949, Offerings to nothing, although in 1966 an anthology of his work was published, Chosen poems, with a foreword by Joaquín Artiles. Many of the books that he publishes are written in very specific periods of his life, Becerra adds about this poet who maintained a close relationship with Alonso Quesada, Saulo Torón and Tomás Morales.

But apart from his work, the interesting thing about González is that he is the memory of all Spanish poetry, since he corresponds with the great references. “Maybe he is not the great Canarian poet, but he is a poet with great influence,” he adds. In addition, he is very generous because he helps Canarian poets and includes them in the Halcón Collection that he makes in Valladolid with many of the great Spanish poets of the time, which was directed by Miguel Delibes because he could not be signified for political reasons. González, in addition to being a poet, became a candidate for deputy in the Second Republic and maintained a friendship with Manuel Azaña.

Throughout his life he published Dawn songs (1918), Springs on the route (1923), Bonfires in the mountains (1924), Clock without hours (1929), White stones (1933) and Offerings to nothing (1949). At the beginning of the 1970s the poet managed the acquisition of his library and archive by the Cabildo de Gran Canaria. Today the aforementioned library and archive are in the premises of the Island Library of the Cabildo de Gran Canaria.

Fernando González: devotion to the teacher, by Antonio Becerra Bolaños.

The sculptural works of Victorio Macho made to the poet Tomás Morales, by Teo Mesa.

The embrace of the sea and the symbolism of water in the poetry of Tomás Morales, by Santiago J. Henríquez Jiménez.

Visions. “In memory of Rafael Romero”, by Miguel Sarmiento, by Jorge Rodríguez Padrón.