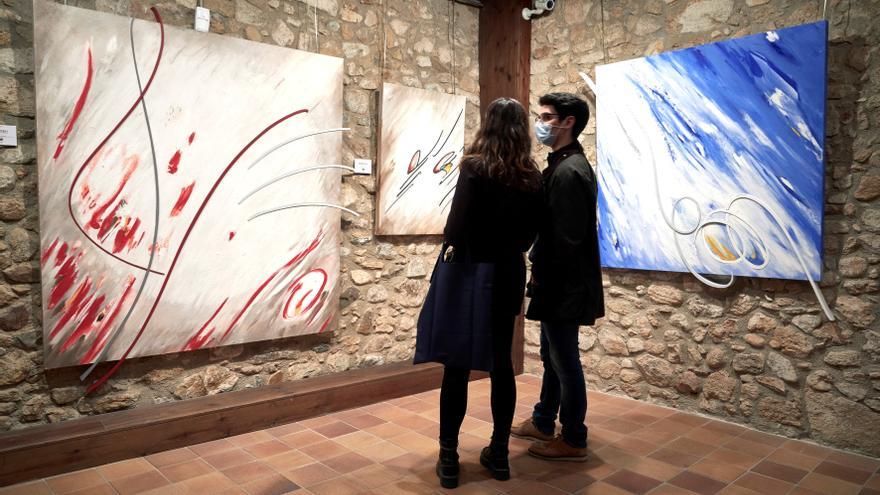 Amat has presented at the Castle of Benedormiens a jewel of the same Costa Brava in which it received that direct influence of Dalí, more than twenty oil paintings on canvas or wood that will remain there until May 9.

The artist explained to EFE that the exhibition, which also includes pieces from his previous creative discourse, with the subject as the protagonist, is based on that “transgression of limits” that he had begun to investigate and that took on all its meaning with the arrival of the covid-19.

“It is a message of conscience, of not being limited and of opening doors, for which I am looking for expansion”, Antoni Amat has detailed, who when addressing the public that has attended the inauguration has stressed that “harmony and beauty” are key for the human being at a time like the present.

The mayor, Maurici Jiménez, has agreed with that vision and has considered that the world is facing “a lesson in humility.” He has indicated that his municipality, after the “shock” that the pandemic started, has responded with “proactive strategies” and with culture as a prominent activity in a tourist municipality like this one.

Castell-Platja d’Aro, through its Department of Culture, thus vindicates from the hand of this artist of international prestige his commitment to this type of exhibition as a differential factor within the offer of the Costa Brava.

To achieve this value cemented in the cultural field, the exhibitions that are proposed within the framework of an annual cycle that the sculptor Martí Rom inaugurated a week ago have as protagonists the leading swords in his field, in this case Antoni Amat, who tells with regular presence of his work in the United States, France, Germany or Italy, as well as in Spain.

Amat started its career with the award for the best local artist in Martorell (Barcelona) and, in the 80s, created the Bartallegi design studio, a pioneer in corporate and product identity.

The subsequent decade saw him professionally dedicated to pictorial creation, with a first stage marked by surrealism and the influence of Salvador Dalí.

He met the Empordà genius personally in his studio in Port Lligat in Cadaqués, on that same Costa Brava where he now presents “Unlimited”.

Later, Antoni Amat went through different creative periods and various disciplines of artistic expression until, in the 90s, he found the language that led him to his current work, in which the abstract predominates.

In addition to exhibiting in the aforementioned countries, Amat participates in national and international art fairs and, at the end of 1999, a monographic book was published that reflects her career.

With the turn of the millennium, he expanded the possibilities of expression and investigated the intellectual game with an indisputable commitment to color that gives strength to his pieces.

Since 2000, he has regularly collaborated with the Maeght gallery in Barcelona, ​​in which he holds individual and group exhibitions of artists such as Joan Miró, Antoni Tàpies or Eduardo Chillida.