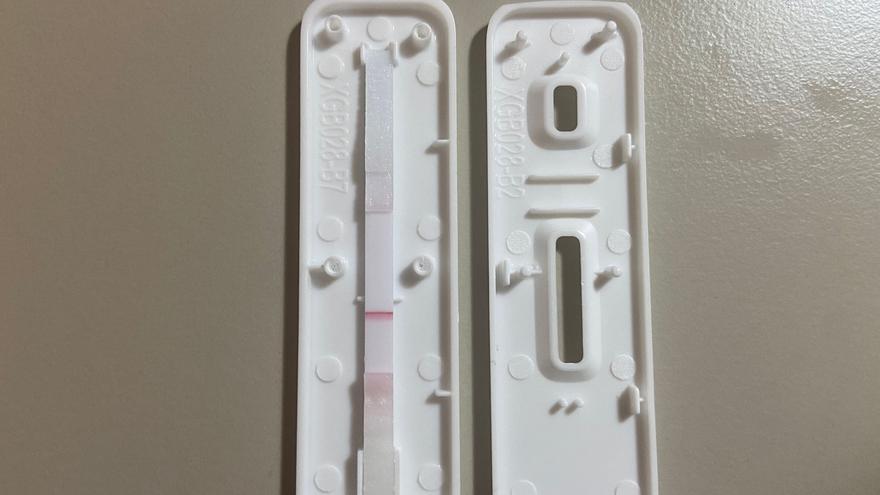 A COVID-denier Twitter account went viral this weekend for posting a photo that questioned the operation of antigen tests. "Super plastic technology for the mentally indigent," he wrote next to the image, which shows the open plastic case next to the test strip that marks the test result.

Users of the social network did not take long to reply to the publication, most criticizing it. But how do these kinds of tests that seem so simple work?

"It is a test that acts by immunochromatography", explains Rosalía Gozalo, pharmacist and member of Dermofarma, who sees the debate absurd. "It is like saying that what is inside the television is useless, but inside that housing is all the latest technology so that we can see the movies well. Well, it is the same, that is, the housing that protects the entire device" .

Each pack The box contains a cassette, an extraction buffer tube, and a disposable swab. As explained by Hospital Clinic Barcelona, the latter is introduced through the nostrils or a saliva sample is collected -depending on the test-, the sample is applied to the device, which is absorbed by capillary action, and is mixed with a conjugate that flows through a membrane coated. A conjugate is a mixture of substances that contains antibodies specific to the surface proteins of the SARS-CoV-2 virus.

If the result is positive, a colored band is observed, this means that the antibodies have bound to the SARS-CoV-2 proteins present in the sample. If no colored band appears on the test line, it is considered a negative result, but infection is not totally ruled out.

These antigen tests use the rapid test strip method, which is what can be seen inside the housing in the posted photo. It is the same method that is used in pregnancy tests and allows you to obtain the result in a few minutes to quickly start applying the necessary measures, although they have less sensitivity than other tests, such as PCR.

"My philosophy with this is that the discussion and conviction can be done with people who have a common code, but not with someone who denies the scientific fact," explains a microbiologist and representative of the Madrid College of Physicians, fed up with denialism. "He who does not believe in the antigen tests, who does not do them and who continues to think that the statistics are a lie and a plot, but that does not harm the rest of us," he criticizes. This type of test, he asserts, is "used for many things" and "works very well within its limitations." As an example he puts the tiny percentage of false positives that there is, "which does not reach 1%".

Despite this, avoid comparing it with a PCR, since there may be false negatives: "Many PCRs are done when the disease is more advanced, when there is less viral load or when there are no antigens in the secretions, so it can be negative in the antigen test and positive in the PCR test, but a positive antigen is always a positive PCR. "

"The test works, it has good specificity, although less sensitivity. That is why it works on the most acute days and with the highest viral load," explains this expert, who prefers not to appear with his name to avoid harassment on social networks. "It is a practical test because, in some way, it reflects the viral risk of transmission and it is also cheap and easy to perform. There is not much else," he adds. "How many tests has the person who spreads these hoaxes studied? What do they know about biochemistry?" He does not believe that it is a scientific debate: "It is a situation of ignorance, inequality and lack of credit in the common result."