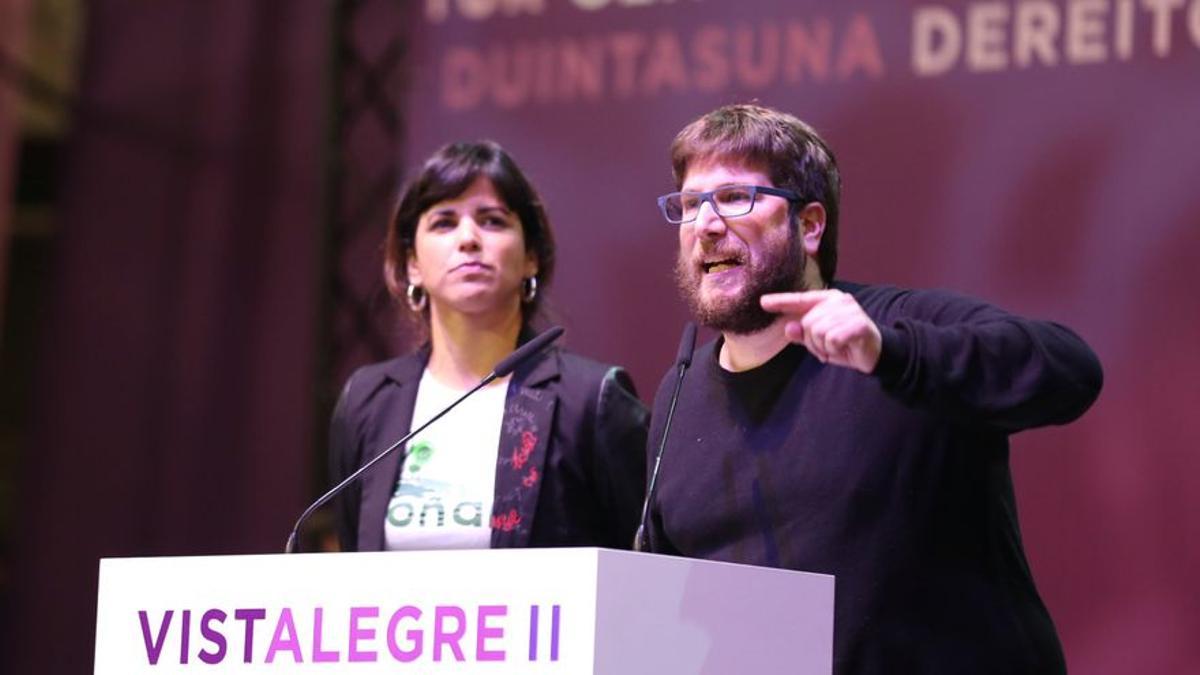 Anti-capitalists are working on the roadmap that will define their future, after their departure from Podemos and the outbreak of the pandemic. In recent weeks they have given the green light to the new statutes of the organization and are closing the fringes of the political text that will mark its future. The break with the party that Ione Belarra leads today It occurred in the first weeks of the state of alarm. At that time it was pending to celebrate the III Confederal Congress of the organization, which was finally organized last December.

After that meeting, framed from training "in a change of political and social phase" and in which they have been working since September, the organization is committed to "rebuilding a critical social fabric", according to Raúl Camargo, spokesman for Anticapitalistas. His partner Lorena Cabrerizo also defends that the future passes through "the construction of a socialist, environmentalist and feminist project".

A hundred delegates - "representing all territorial organizations" - met on the weekend of December 11 to discuss the political strategy, which was endorsed with "majority support." Another of the novelties that was agreed was "to constitute as a party" –continues Camargo– the national brand of Anticapitalistas.

The separation of Podemos began in February 2020. Through a video, Pablo Iglesias, the leader of the training at that time, and Teresa Rodríguez, who at that time was coordinating Podemos Andalucía, agreed to Rodríguez's departure from the regional leadership of the training. "It is not pretty, it is not beautiful, but among those of us who defend social justice there is no goodbye, there is a see you later," Iglesias said in that joint statement.

A month later, with the country already confined, Anticapitalistas certified their departure from Podemos. 89% of its membership supported the break. The government's agreement with the PSOE was the final blow to a relationship that had been deteriorating. "Podemos is not today the organization that we aspired to build in the beginning," said Miguel Urbán's organization in the farewell statement. And he added: "The organizational model and the internal regime based on centralizing powers and decisions in a small group of people linked to public offices and the general secretariat leaves little room for pluralist collective work."

With these reproaches, Anticapitalistas put an end to a relationship that had begun in 2014, when they participated in the launch of Podemos. Urbán and Rodríguez came to speak at the press conference in which training was presented, held at the Teatro del Barrio in Madrid. Eight years later, this confederal organization works on a new strategic line, very critical of the coalition government.

"We believe that a political left is needed that breaks with the neoliberal policies that the PSOE has been applying forever. And, in our opinion, United We Can, with its participation in the Government, has supported them. As we are seeing, United Podemos ends up being the protagonist of a flagrant breach of its own government agreements, how to repeal the labor reform"says Camargo.

This matter has generated controversy between PSOE and United We Can since 2016, although finally those of Pablo Iglesias ended up accept that changes in labor legislation remain limited to the "most damaging aspects" of the norm approved without consensus by the PP, such as the primacy of company agreements over those of the sector or ultra-activity, among other issues.

Before the pact reached by the Ministry of Labor, the unions and the bosses, the anti-capitalists already warn that "they are going to try that this reform does not count on the allies of the parliamentary left" in Congress, Camargo points out. His formation issued a harsh statement against one of the most celebrated measures by Yolanda Díaz within the Government. "It leaves intact in most aspects the spirit of the Rajoy reform," they pointed out, alluding to the "administrative authorization for the ERE" and "compensation for dismissal."

Diaz's team has insisted that the concrete measures that have come forward –Precedence of the sectoral agreement over that of the company or to put an end to contracts for work or service– are those that were agreed with the PSOE. "The government agreement with which we have submitted to the elections is with which we have worked on this labor reform and also with component 23 [el punto del plan de recuperación firmado con la UE relativo a la legislación laboral]", said the second vice president in an interview in Onda Cero.

Along the same lines, they spoke about the Housing Law, one of the flags waved by Podemos among the achievements of the coalition government. Anti-capitalists argued that the text was "disappointing" because, among other reasons, the chosen price limitation formula "will hardly have any effect" since its application is "voluntary" for autonomies and consistories.

The differences with Podemos, and the confederal group to which it belongs, have not disappeared after the rupture and currently "there is no open dialogue channel" - according to Camargo - with the Belarra party. A distance that can also have consequences when agreeing to electoral confluences. "We have a very great strategic distance with United Podemos," adds the former Podemos deputies, who considers it difficult that "there could be an agreement" on alliances formed in the face of the polls. The first test for the new electoral strategy will be in the Andalusians scheduled for this year and where everything indicates that Teresa Rodríguez will be the candidate of Adelante Andalucía, the Anticapitalistas brand.

Once Belarra has left the formation, in the face of 2022 in Anticapitalistas they are committed to "rebuilding" a "critical social fabric" and "a political left" with a presence in the institutions, without "being subject to the designs of the PSOE or the European neoliberalism ". Even so, and despite the pretensions outlined, the Anticapitalistas spokesman recognizes that it is "difficult" for an electoral gap to emerge for their formation "on the left" of the PSOE and United We Can.

"If the only alternative to the government's socioliberal policy is the bravado and outrage of Vox, there are people who will end up voting for them out of anger, and that cannot be," adds Camargo, who is betting that there is "an alternative to the left." in the event that the coalition Executive is defeated at the polls by an alliance of PP and Vox.