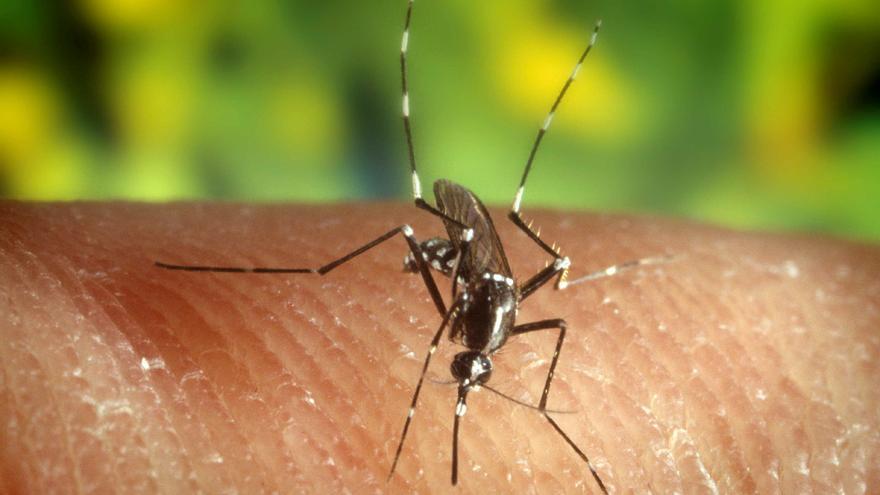 The mosquito, as a vector of diseases, is the animal that causes the most deaths in humans: around a million people die each year from infectious diseases transmitted by this insect. In addition, climate change is influencing the expansion of various species over multiple regions of the planet, thus increasing their potential health risk. An example of this is the introduction of the tiger mosquito (Aedes albopictus) in Spain. Since its first appearance in Sant Cugat del Vallés in the summer of 2004, it has managed to spread throughout almost the entire country. Another four species of this insect could be introduced and spread throughout Spain in the coming years, helped by global warming.

To avoid the bites of these animals, to the already known and effective repellants for the skin (DEET, icaridin, IR3535 …) or clothing (permethrin), anti-mosquito bracelets have been added. These latest products, which have become popular in the last decade in our country, are offered mainly in pharmacies and parapharmacies as one more effective option. However, the picaresque, the lack of information and the legal vacuum that surrounds them prevent knowing their true effectiveness or lead directly to deceive consumers who believe that they are an alternative of comparable efficacy to conventional repellants.

Inside the bracelets for the mosquitoes We found two large groups: aromatic ones and those with a registration number, evaluated by the Spanish Medicines Agency or the General Directorate of Public Health.

These products contain aromatic oils such as citronella and their effectiveness against mosquitoes has not been scientifically evaluated. In principle, the only thing they could be sold for is to smell good. In fact, legally they cannot be advertised or express in their labeling that they have a “repellent” effect. However, picaresque is the order of the day to deceive the consumer, since, unofficially, they are promoted as a “natural” alternative to biocidal substances with effective repellent against mosquitoes.

Just one quick internet search to find dozens of pharmacies and parapharmacies in Spain that sell aromatic bracelets claiming “repellent” or “anti-mosquito” effects, in breach of the law. We were also able to verify, when physically going to a pharmacy and asking for anti-mosquito bracelets, that they can offer aromatic bracelets instead, which is a clear deception to the consumer.

On the other hand, many consumers understand that if these products are sold in pharmacies or parapharmacies it is that they have “repellent” efficacy, although this effect is not explicitly mentioned at any time on the labeling. The existence of these bracelets does not make any sense, since they are misleading and there are much more effective and cheaper alternatives to smell good like colognes and perfumes.

Unlike aromatic bracelets, these products are biocidal, since they incorporate an active substance in their composition, which can be geraniol, citriodiol, lavandin oil … at different concentrations. The Spanish Medicines Agency (AEMPS) recently published in its Web page and its social networks information on insect repellent wristbands to guide the consumer. Products that contain biocides and are subject to prior evaluation by the AEMPS or the General Directorate of Public Health (DGSP) have a registration number on their labeling that “guarantees that they are safe and effective, according to the conditions of use. “.

The DGSP clarifies to questions from elDiario.es that the repellent active substances (which fall under product type 19, TP19) applied as a reservoir in bracelets, that is, that they are present in the bracelets, are under its jurisdiction and that, up to now “of these bracelets with reservoir, there are none registered and authorized” as repellants.

How is the effectiveness of these products evaluated? From the DGSP they explain that “regarding the evaluation reports, they are carried out by the European procedure when the active substance is approved as a biocide. Since there is still no substance in this situation as TP19 for the use indicated (repellent bracelets) , those evaluation reports are not public. ” And then he adds that “efficacy trials are the property of the owner of the data, there are no public trials. […] In general, the studies that support the dossiers are confidential. However, a product evaluation report containing the non-confidential information and conclusions is always published. “

In addition to the fact that there is no bracelet with this reservoir that is authorized in Europe as a repellent (within the PT19 category), the European guidelines do not specify what minimum efficacy these products must show to reach the market, unlike skin repellants or repellants. the clothes. In this sense, the European Chemicals Agency (ECHA) is responsible for regulating chemical substances and biocides in the EU market and in its document “Guide in the regulation of biocidal products” details the big differences between skin and clothing repellants and wristbands.

The former are required to be close to 100% effective during the indicated period of time to avoid bites in a simulated use test and “if the alleged protection is less, restrictions should be applied to these products to avoid marketing as a way to avoid disease transmission “. However, products with a repellent purpose that are not used on skin or clothing (such as anti-mosquito wristbands) are not subject to defined standard tests and are not required to have a minimum effectiveness to be marketed, so companies can choose the methods with which to evaluate your own bracelets.

elDiario.es has accessed one of the confidential documents of an anti-mosquito bracelet with the AEMPS registration number and sold in Spain. The tests, carried out with the tiger mosquito, were expressly designed to assess only its repellent efficacy around the area of ​​the bracelet on the wrists of volunteers. Even with these advantageous conditions, the average effectiveness of this bracelet was only 35%: which meant that wearing the bracelet on the wrist would only prevent 35 out of 100 mosquito bites exclusively in this area.

Biogents is a European laboratory specialized in the research and commercialization of different repellent products. Among the services offered is the scientific evaluation, on request, of the effectiveness of repellants against mosquitoes. In 2019, they decided to upload a video showing the effects of various bracelets, supposedly “anti-mosquito”, against the Aedes aegypti (transmitter of dengue and yellow fever), compared to DEET skin repellent diluted 30%.

Sergej Sperling, director of laboratory and contract research at Biogents, has clarified to elDiario.es that they cannot publicly report on the brands of bracelets they evaluated (with different molecules and concentrations, some of which do not appear in the video), but they did on what they had found so far: “We have yet to see a bracelet that really repels mosquitoes. It seems that no matter what type of chemical is used in the bracelet, as a dispenser, they are just not suitable as a product for repel mosquitoes “.

He is not the only specialist who is critical of the effectiveness of bracelets to repel mosquitoes. Eldiario.es has contacted different experts in this regard such as Javier Lucientes (Professor of the Department of Animal Pathology at the University of Zaragoza), Roger Eritja (entomologist, researcher and co-director of the Mosquito Control Service in the Baix Llobregat Regional Council), Sandra Talavera (researcher at the IRTA-CReSA Animal Health Research Center) and Carles Aranda (co-director of the mosquito control service of Sant Boi de Llobregat). All of them agree that no mosquito bracelet is capable of exerting a repellent effect on the whole body, they do not recommend using them exclusively for this purpose and they advise against their use in areas where mosquitoes are carriers of infectious diseases such as malaria or dengue due to the health risk they may pose.

“Obviously the bracelets are an ineffective means that cannot at all comply with what they are advertising and there is no scientific literature on the matter of any efficacy, but rather the opposite,” says researcher Roger Eritja.

Unlike the efficacy tests of the companies that market their anti-mosquito wristbands, which are confidential, there are multiple scientific studies that have evaluated different types of these products to repel mosquitoes. These are their results:

– “Comparative efficacy of insect repellants against mosquito bites” in the medical journal The New England Journal of Medicine: Repellent impregnated wristbands offer no protection. Those impregnated with 9.5% DEET or 25% citronella only protected the user’s arm for between 12 and 18 seconds, on average. “In our study, bracelets impregnated with DEET or citronella did not provide protection against stings, consistent with the known inability of repellants to protect beyond four centimeters from the area of ​​application.”

– “Efficacy of some wearable devices compared to spray insect repellants for the yellow fever mosquito, Aedes aegypti” in the magazine Journal of Insect Science: No detectable repellent effect against mosquitoes was detected among three geraniol oil bracelets (up to 30%). “We conclude that these bracelets do not generally offer adequate protection against mosquito bites.”

– “Do the bracelets impregnated with botanical extracts help to repel mosquitoes?” in the magazine General and Applied Entomology: The bracelets failed to repel mosquitoes, although the presence of mosquitoes on the forearms of the volunteers was significantly lower than in the controls. “The inability to fully protect individuals from mosquito bites suggests that they should not be recommended for use in areas with endemic or epidemic mosquito-borne diseases.”

– “Evaluation of commercial products for personal protection against mosquitoes”, in the magazine Act Tropica: among other products, two anti-mosquito bracelets were evaluated, one with 22% citronella oil and the other with 15% geraniol, 1% citronella oil and 5% lemongrass oil. The bracelets were not found to offer any significant protection to the volunteers who wore them, compared to the control group who wore nothing.

“Field Effectiveness of Commercial Mosquito Products in Illinois” in the magazine Journal of the American Mosquito Control Association: “DEET-impregnated wristbands did not significantly reduce the percentage of landing (of mosquitoes on the skin) compared to untreated controls.”