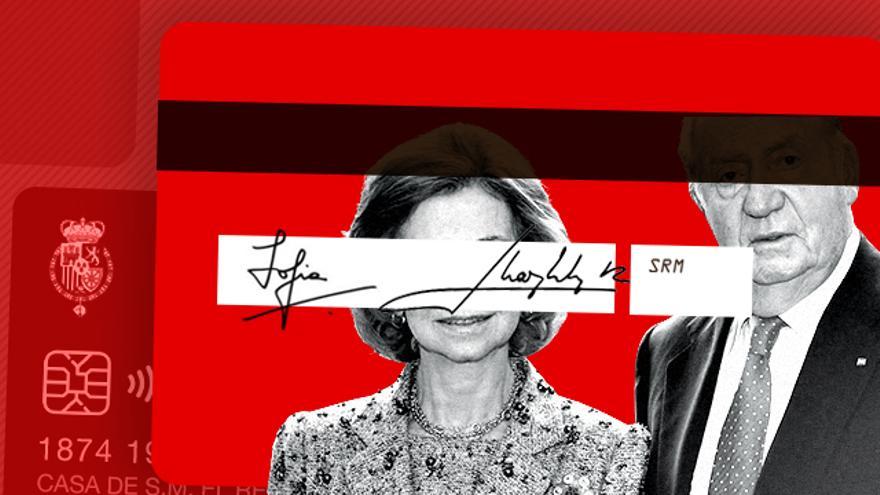 The Anticorruption Prosecutor’s Office is investigating the expenses of several credit cards used by King Juan Carlos de Borbón, Queen Sofia of Greece and also by several of their most direct relatives: among others, some of their grandchildren. They are cards that were paid from an account in which neither the emeritus king nor his family appear as holders, according to several sources close to the investigation confirmed to elDiario.es.

Among the people who benefited from these opaque cards are not the current kings of Spain: Felipe de Borbón and Letizia Ortiz, according to those same sources. Neither the Princess of Asturias, Leonor de Borbón (who is 15 years old today) nor her sister, Sofía (13). But there are other direct relatives of the king emeritus, which Anti-Corruption is tracking.

The financial movements of that account and the expenses of those cards correspond to the years 2016, 2017 and 2018. That is, they are after the abdication of King Juan Carlos since he lost his constitutional protection, which makes him unimpeachable for any crime committed until the year 2014.

In Anti-Corruption they are not only analyzing all the expenses of these cards, but also the origin of the funds with which they were covered: money from abroad. They are important capital movements after 2014, so the possible crimes in this irregular flow of money can be attributed to Juan Carlos I and the former queen consort. Spanish justice has sent letters rogatory to different countries to trace the origin of these funds.

At the moment, pending the result of the rogatory commissions and the documents that may arrive from those countries, the Anticorruption Prosecutor’s Office has already found indications of an alleged tax crime, as they are undeclared income increases of over 120,000 euros in a single exercise. Both the emeritus king and the queen Sofía are graduated, so this investigation, if successful, will be instructed by the Second Chamber of the Supreme Court.

According to the sources consulted by elDiario.es, the investigation has also made it possible to identify two individuals allegedly linked to this scheme of opaque funds to pay expenses of the royal family: a Mexican citizen and a command of the Civil Guard.

Among the expenses charged to Queen Sofia’s card there are several trips to London, where the king’s wife has maintained her habitual residence for years, the aforementioned sources add.

Queen Sofia has an annual allocation of public money. In 2020 he will receive a total of 111,854 euros from the budget allocated to the Royal Household. The emeritus king, for his part, collected 161,034 euros of that item in 2019. This year he has only received a quarter of that amount; Felipe VI withdrew his father’s assignment in March, after transcending the scandal of his hidden fortune in tax havens.

The 65 million saudis will not be tried

The criminal indications on these cards are subsequent and are not related to the judicial investigation that came out of Anti-Corruption last June in the direction of the Supreme Court Prosecutor’s Office: those 65 million euros that Juan Carlos de Borbón from Saudi Arabia received in 2008 and that In 2012, he transferred his then lover, Corinna Larsen.

King Juan Carlos abdicated in 2014 and until that year he was judicially protected by the Constitution, which establishes a kind of legal impunity for the head of State, considering him inviolable.

The Supreme Court prosecutor who is handling the case of the 65 million Saudis, Juan Ignacio Campo, plans to request the file of this case, as they are alleged crimes that are prior to the abdication of the king emeritus. However, that file request will include a detailed statement of what happened that will make it clear that, were it not for constitutional inviolability, the Prosecutor’s Office would have formally proposed the imputation of Juan Carlos de Borbón before the Criminal Chamber of the Supreme Court.

The new Anticorruption investigation that elDiario.es unveils today, these opaque cards, therefore has a special significance. This is an alleged crime committed after the abdication. So, unlike the Saudi millions, this kind of ‘black’ cards could be the imputation of the king emeritus.