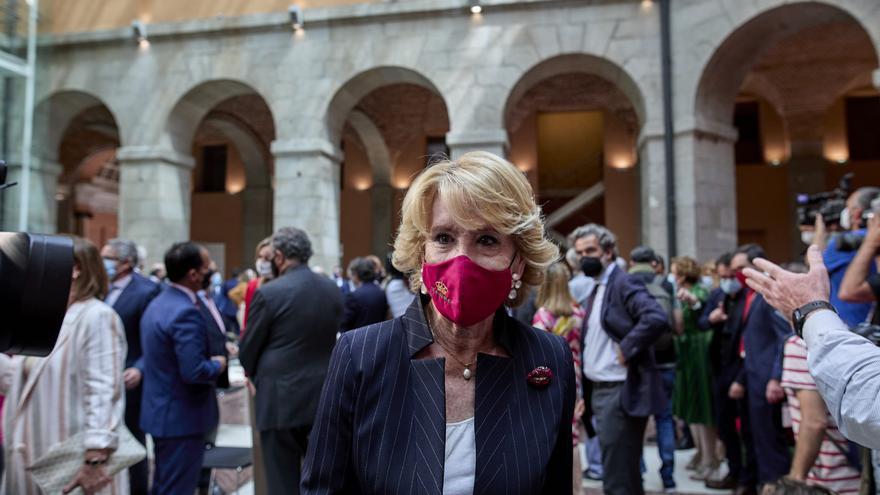 The Anticorruption Prosecutor’s Office has requested the imputation of the former president of the Community of Madrid Esperanza Aguirre and the former Health Minister Juan José Güemes, among other senior officials, in the case in which irregularities in the operation of the Puerta de Hierro Hospital are investigated -Majadahonda that would have generated a “loss” of more than ten million euros to the public coffers, as it has advanced ABC and confirm to elDiario.es legal sources.

In this case, which is being followed in the Investigative Court number 53 of Madrid, it is already being investigated for crimes of prevarication and embezzlement and at the request of the Prosecutor’s Office Elena de Mingo, who between 2008 and 2011 was general director of Planning, Infrastructures and Sanitary Equipment and, therefore, responsible for the monitoring and supervision of investments in sanitary works and infrastructures. Both Aguirre and Güemes, for their part, are charged in the National Court in another summary, the one that investigates the irregular financing of the PP in Madrid in the Punic case.

Anticorruption put the focus in November 2020 on a modification of the construction and operation contract of this hospital that was carried out “disregarding the slightest administrative procedure” and that allowed the successful bidder – a joint venture formed by Dragados, Sufi and Bovis Lend Lease- charge for years millionaire amounts for services “never rendered”. Specifically, for 135 beds that are not in service. Anti-corruption calculates an “impairment to the public funds of the autonomous community in an amount exceeding 10 million euros” and ensures that it is not aware that the economic balance of the contract has been reestablished.

The Puerta de Hierro Hospital, inaugurated in 2008, was one of the seven built under the 2004-2007 Infrastructure Plan with a public-private system. This model consists of a conglomerate of companies constructing the building and, in return, receiving a fee for the works and for taking care of non-sanitary services (cleaning, laundry, maintenance…). This fee is calculated based on the number of beds and occupancy.

The concession contract for the construction and operation of this hospital was awarded on March 18, 2005 to the aforementioned UTE. Three years later, on May 28, 2008 – shortly before the opening, which took place in September of that year – it was modified “avoiding any administrative procedure” and 135 rooms went from being doubles to singles. This reduced the hospital beds initially offered by the concessionaire on the basis of which the fee was calculated, but without an economic rebalancing being carried out to adjust to the new offer. That is, without recalculating the amount that the Community of Madrid agreed to pay the concessionaire.

For the Prosecutor’s Office, this reduction in the number of hospital beds was done outside of “the slightest administrative procedure”, which is a “radical illegality”. In its complaint, Anticorrupción also explains that the only “justifying enabling support” for said change was a resolution that “did not exist”, as has been verified through the requirements made to the Ministry of Health. This is an alleged resolution of May 5, 2008 from the General Directorate that was in the hands of De Mingo “issued at the request of the President of the Community of Madrid on the date of the events”, who was then Esperanza Aguirre.

Consequently, from 135 rooms equipped as doubles, the hospital bed, the nightstand, the patient chair, the companion chair and the separating curtain were removed; and 135 sofa beds were placed. The hospital has 613 beds installed, according to the latest published report, 2018. After the publication of that opinion, the regional Executive announced the opening of a sanctioning procedure against the concessionaire for which it was going to claim four million euros for the services not provided. elDiario.es asked the Ministry of Health last February for the conclusion of that file and if the successful bidder came to return this or another amount but did not receive a response.