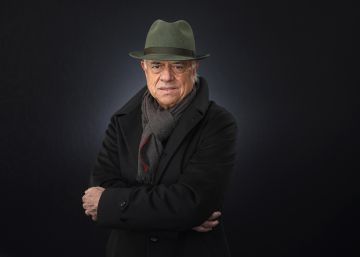 The Anti-Corruption Prosecutor considers it proven that the BBVA He paid 10.28 million to the retired commissioner José Manuel Villarejo for espionage “knowing that he was an active policeman” when he made the orders. But the key to BBVA-Villarejo case It’s who ordered your hiring. And the answer is in the summary to which EL PAÍS has had access: the hiring of Villarejo “would have been ordered, opaquely, by the bank’s own presidency”, a position he held Francisco González, also charged.

In the analysis of the results, the anti-corruption prosecutors Miguel Serrano and Ignacio Stampa conclude that “the judicial proceedings carried out to date, especially the documentary incorporated, the reports forensic Preliminary statements and the statements of the researched Antonio Béjar, would corroborate the strength of the criminal indications in the hiring and payments to Cenyt with the alleged coordinated participation of multiple areas of the bank knowing the police status of José Manuel Villarejo, and the use by this of illegal means to obtain and access reserved information in violation of their fundamental rights “.

Next, the Prosecutor’s Office breaks down all the departments where traces of Villarejo’s passage remained: Corporate Security, Risks and Recoveries, Purchasing-Contracting, Accounting-Intervention, “and with special prominence the Legal Services, Compliance and Internal Audit, and of the highest body executive of the entity, since such contracting would have been ordered, and opaquely, by the bank’s own presidency. “

And later, the summary repeats it more clearly: “The preponderant participation of Julio Corrochano [el máximo jefe de Seguridad del BBVA] would be determined by having received directly from the then president of BBVA, Francisco González Rodríguez, the task of managing contracts with Cenyt [la empresa del comisario] for his personal ties with José Manuel Villarejo after years as a partner in the National Police Corps, knowing his active police status and that his services included access to reserved information. “

González says he doesn’t know the person in charge

Francisco González went to testify on November 19 to the Hearing and answered all the questions of Judge Manuel García Castellón for more than two and a half hours. “Once this investigation is over, it will be very clear that BBVA and its executives have always worked in a complete and exemplary manner,” the former banker insisted before the cameras. “Without prejudice to any irregular conduct of an individual nature that I do not know,” he added later. His words pointed directly to the head of Security, Corrochano, a version that the Anti-Corruption Prosecutor’s Office has not believed.

Returning to the summary, prosecutors clarify that the numerous police contacts of Corrochano and Villarejo at the highest level facilitated this task. And they point directly at their suspect. Among the contacts, “the chief of the Central Operational Support Unit (UCO) of the General Information Commission, Enrique García Castaño, stands out.”

Since the first contract, on December 2, 2004, “the illicit nature of all contracts would already be known to BBVA,” the Prosecutor’s report adds. And this is so because it was specified in six contracts that Cenyt was “an organization run and coordinated by members of the State Security in administrative availability situation”.

Francisco González resigned from the presidency of honor hours before the shareholders meeting last year to try to reduce the tension before that appointment. However, it maintains a very strong security system with a fortnight of escorts by BBVA, with an annual cost close to two million euros.

A year ago, the current president of the bank, Carlos Torres, said he believed Gonzalez when he said he was innocent and didn’t know anything about Villarejo case. However, on January 31, he preferred not to say anything about the former president “because there is an open investigation.” He added: “Regarding my person, I can speak with total clarity. There is no possibility that I can take responsibility for these matters.” Despite this, he said he would agree with “whatever the judge decides.”