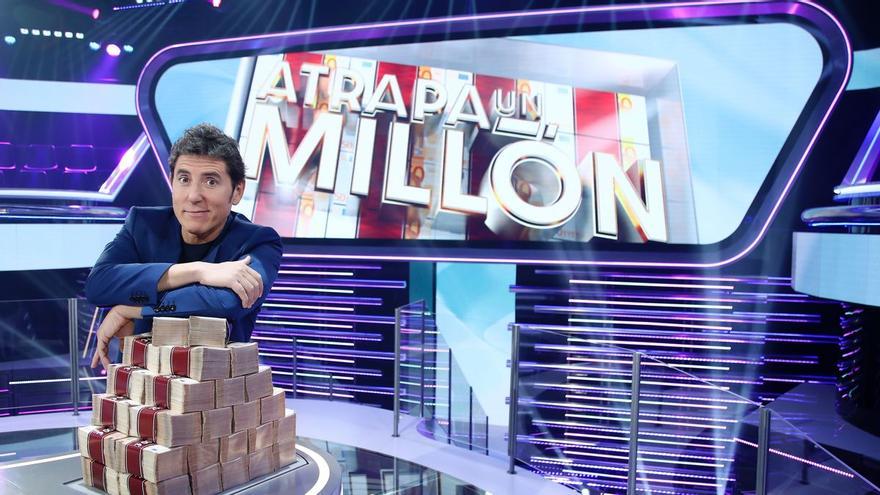 Antenna 3 has made the return official this Tuesday from another mythical contest: ‘Catch a million’ returns in the form of specials for its 10th anniversary. The chain has also confirmed Manel Fuentes as the driver in charge this stage.

Following in the wake of ‘Who wants to be a millionaire?’, Which returned to prime time with specials to commemorate its 20 years, the chain the recordings have already started of this ‘comeback’ that will be seen in prime time.

‘Catch a million’ premiered on Antena 3 in February 2011. It started as a Friday format in prime time. After some good results, it became a daily program in the afternoons of the chain. However, finally was replaced by ‘Boom!’.

Throughout its three and a half years of broadcast, the program presented by Carlos Sobera distributed 5 million euros. His biggest prize awarded was 300,000 euros and he put up to 2 million euros on the table in some of his specials. Beyond that, the public remembers him especially for the garrafal failure of Remedios Cervantes, special guest, who left a contestant without a prize after changing the money at the last moment from one answer to the other. The moment has been repeated ad nauseam in zappings and social networks.

This is the mechanics of ‘Catch a million’

The program will maintain its mechanics, which consists of putting one million euros of real cash on the table (40 bundles of 25,000 euros each). The object of the game is for the contestant to retain the maximum possible money until the last question.

Contestants will have to answer eight questions. The first four questions have four answer options, but only one is the good one. In the next three questions you will have three answer options. In the eighth and last question, the contestants play it ‘All or nothing’: there will only be two options, one true and one false.