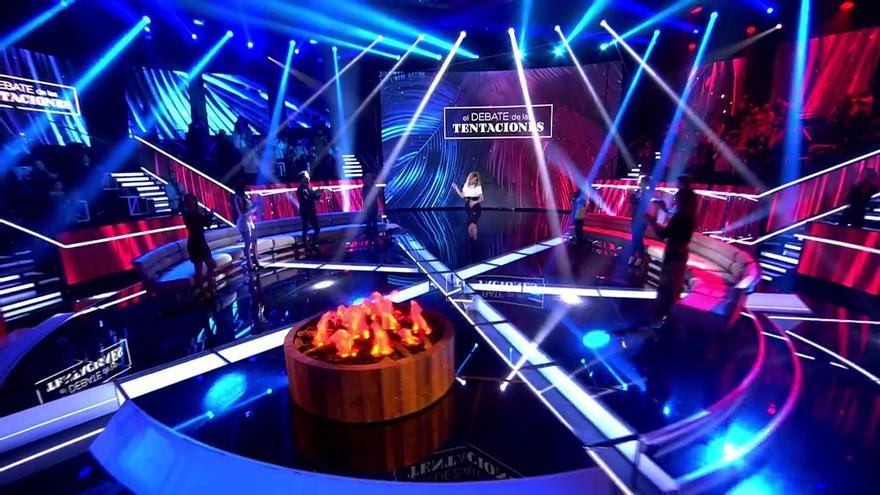 The fourth edition of ‘The island of temptations’ returns tonight to Telecinco (10pm) with its fifth gala. The images that Gal·la saw in the last bonfire about Nico, his confidences and his attitude with Miriam, have led the young woman to the conviction that she needs to reconnect with her partner before continuing to live the experience. For this reason, he asked Sandra Barneda to hold a confrontational bonfire, before which Nico has to decide whether to appear in this installment. In addition, the protagonists have to make a new decision that affects their coexistence with the expulsion of two tempters from each village.

For its part, Antena 3 broadcasts this Wednesday its ‘premium’ night with ‘Cardo’ and ‘Los Protegido’ (10:45 p.m.). The main channel of Atresmedia Televisión launches the first chapters of two of its most outstanding series on its digital payment platform.

The 1 of TVE bets tonight (10:40 pm) for a new installment of ‘Lazos de Sangre’. Daniel Pontes, his universal heir, confidant and friend, will grant an interview for the first time to tell about everything that he had been silent until now, clarifying all the enigmas that surrounded the artist’s funeral. In addition, close friends and colleagues such as Norma Duval, Javier Gurruchaga, José Sacristán, Eva Hache, Jesús Olmedo, Father Ángel and Mónica Pont speak for the documentary. Later, the debate, presented by Boris Izaguirre, will receive who was his partner on stage and friend Ana Obregón. Together with her, Norma Duval, Moncho Borrajo, Pedro Rollán, Jose Luís Iborra, Isabel Gemio and Beatriz Cortázar will analyze the lights and shadows of the life of the actress who captivated an entire country with her particular style.

laSexta opts tonight for a new screening of ‘All the money in the world’ (10:30 pm). In 1973, the young John Paul Getty III (Charlie Plummer) is kidnapped in the streets of Rome, and his captors ask for a ransom of 17 million dollars. From that moment on, his mother began a desperate fight to get the young man’s grandfather, the oil magnate Jean Paul Getty (Christopher Plummer), one of the richest men in the world, to pay the ransom. Getty refuses to pay a single penny for his grandson, but orders his henchman, businessman Fletcher Chace (Mark Wahlberg), to try to rescue him.

A new installment of ‘Everything is true’ occupies the prime time of Cuatro (10:50 pm). The program presented by Risto Mejide and Marta Flich will address new current affairs and social interest through research work prepared by a team of journalists, with interviews, connections and the analysis of experts and collaborators.