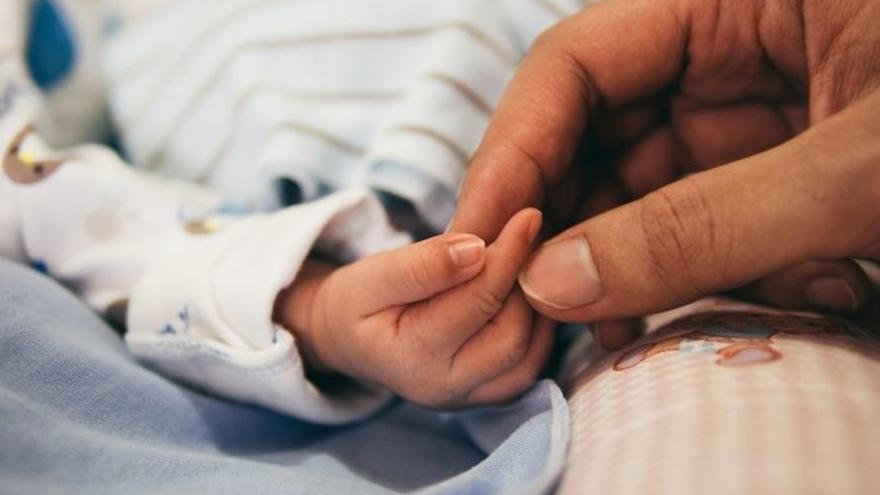 New ruling that challenges the behavior of Social Security with birth permits in the case of babies who die in the final stretch of pregnancy. The body recognizes this right only to the biological mother, but not to the other parent, something that has already earned it several convictions and the discrepancy of the Ministry of Equality, as advanced by elDiario.es. The latest sentence comes from the Superior Court of Justice of Cantabria, the first known of this rank that applies the legislation that equalized maternity and paternity leave in 2019. The magistrate recognizes the leave of the complaining father, whose baby died after week 39 of your partner's pregnancy.

Judge Mercedes Sancha Saiz overturns the criteria of Social Security –and of a court of first instance– that rejects the birth permit for this complainant and the rest of the parents other than the biological mother in these cases of deaths of babies past the age of six months of gestation (180 days). What It happened to Noelia and Antonio after the death of their daughter Valeria and Miguel Pato, as he tells in this first-person testimony.

In these cases, Social Security grants leave only to the biological mother, but rejects the requests of the other parent based on a royal decree of 2009. This develops the regulations for maternity and paternity benefits (now leave for "birth and care of the minor" since the equalization of 2019). The decree states that "the paternity subsidy may not be recognized if the child or foster minor dies before the start of the suspension or permit. However, once the subsidy has been recognized, it will not be extinguished even if the child or foster minor dies" .

The magistrate recalls that after the reform of 2019, the Workers' Statute states in an undifferentiated manner that, "in the event of the death of the son or daughter, the period of suspension will not be reduced, unless, once the six weeks of mandatory rest have ended, reinstatement to the job". Birth leave is recognized as an "individual right of the working person without being able to transfer the exercise of it to the other parent".

Despite what is stated in the Statute, Social Security insists on denying permits to parents other than the biological mother, arguing that there is no baby to care for. Instead, the judge ruled that, given the legislation, Social Security "cannot justify the denial of the right, as the judgment under appeal does, by stating that 'both rights serve two different realities, with different purposes'. Let us not forget that the The new regulations redefine benefits 'in light of the new rights', argues Judge Sancha Saiz.

"The current wording of art. 48.4 ET does not differentiate in the granting of the right to parents. As it is the only benefit for both parents, they are entitled to it," he adds on the request for permission from the complaining parent. The sentence recognizes "the benefit for birth and child care requested, with the corresponding economic effects."

The Superior Court recalls that the changes of 2019 were intended, as the preamble of the law explains, "to favor – with the changes implemented – the co-responsibility of personal, family and work life", for which the rule progressively equated "the duration of birth permits for a son or daughter of both parents".

The magistrate argues that "co-responsibility in the assumption of family responsibilities and obligations is a fundamental pillar to achieve true gender equality and one of the measures to achieve this is the suspension of the employment contract due to the birth of both parents."

The name change itself, that is, the replacement of "maternity leave" and "paternity leave" by the unified "birth and care leave" since 2019, "intends to reinforce co-responsibility, eliminating the title by which enjoyed, which is reinforced by the non-transferable nature of the new permit", considers Sancha Saiz.

The magistrate adds that after the entry into force of the changes approved in 2019 in the Workers' Statute "it is not possible to apply" the 2009 royal decree, as Social Security does. "The opposite would mean ignoring the greater hierarchical rank of the Statute and the RDL", she warns.

Despite its initial will, Social Security has not appealed this new ruling to the Supreme Court, they respond from the Ministry led by José Luis Escrivá. Although there is a ruling that the Social Security wanted to use as a contrast for the appeal, from the High Court of Justice of Aragon (which denied permission to a father), the ruling "is not final, so the appeal was withdrawn, since it cannot be unified with sentences that are not final", add these sources.

The Aragón case is the result of a complaint by Miguel Ángel Gorbe, a lawyer by profession and father of a girl who died in the final stretch of pregnancy. He and his partner, like many families going through this situation, are awaiting the Supreme Court ruling on his case. The TSJ of Aragón ruled against him when the 2019 changes were not yet in force, although other courts, such as the TSJ of Castilla-La Mancha, Asturias and Euskadi had ruled in favor of parental complaints with the previous legislation.

Robert Gutiérrez, an expert jurist in labor law, considers that, with the current wording of the Workers' Statute, there is a right to leave for both parents. "You can even claim a violation of fundamental rights," he explained to this medium, for a violation of the right to equality, and also demand financial compensation if it is recognized.