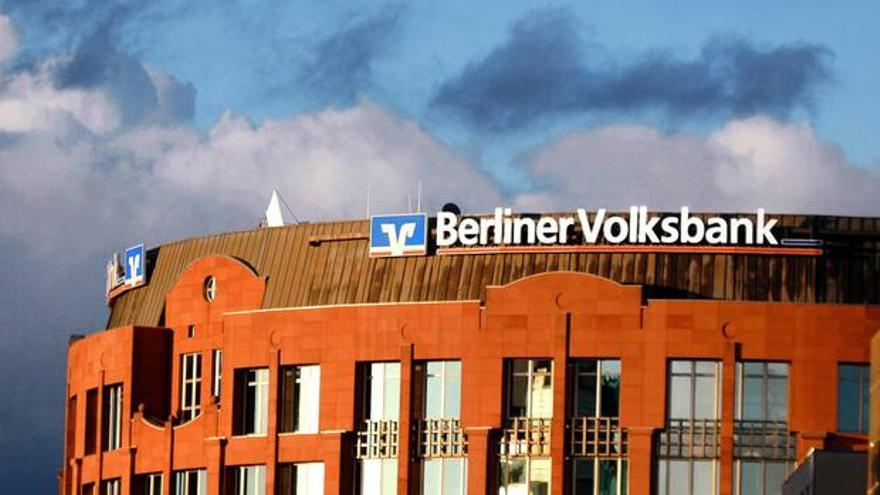 The economic crisis caused by the coronavirus is a crisis in the real economy. It is not a financial system crisis like the one unleashed between 2008 and 2009. But it could be. In Germany, there are already warning about the financial consequences associated with the forced economic stoppage that the pandemic has imposed. In early July, the international consulting firm Boston Consulting Group (BCG) presented a study in which it was invited to “not rule out a banking crisis” in the country.

A few days ago, the prestigious Leibniz Institute for Economic Research in Halle (IWH, for its German acronym) published another study whose conclusions also point in that direction.

There are German banks that worry. It is about the small savings banks and ‘volksbanken’ –“cooperative banks “- that populate the entire German geography. These banks are a key piece for the network of small and medium-sized companies, known as ‘Mittelstand’ and cornerstone of Teutonic capitalism.

For these entities, the coronavirus is a serious blow that can have very negative consequences for the German financial system, they point out in the IWH. “The ‘shock’ that the coronavirus has brought is different in terms of risks to financial stability compared to the 2007-2008 crisis because there are many small banks that are being hit particularly hard,” he says. elDiario.es Michael Koetter, Head of Financial Market Studies at the IWH and Professor at the University of Magdeburg.

Koetter signs with the president of the IWH, Reint Gropp, and another researcher that institute, William McShane, the latest study that alerts on the risks to the German economy, which traditionally serves as an engine of growth in the old continent. “The study is an alarm signal,” says Koetter.

Even with aid there will be companies that will not survive, especially if there is a new confinement

Broadly speaking, the threat they present at the IWH and which BCG has also spoken about is that the real economy has suffered such a halt to cope with the spread of the virus that many companies will not be able to maintain their activity. Going to ruin these companies, the loans they had orders also fall on deaf ears: for their normal activity, to have liquidity, to invest, or simply to stay active despite the pandemic.

Among the measures taken by the ‘grand coalition’ government led by Chancellor Angela Merkel to deal with the ‘shock’ economic of the coronavirus is the creation of the baptized “Fund for the Stabilization of the Economy”, endowed with 600,000 million euros. That money, and many of the other aids they have benefited from small, medium and large companies, is mobilized in the form of credits guaranteed by the state.

But even with this aid, it is to be hoped that part of these firms will not survive the crisis, especially if scenarios such as a new confinement are repeated. Be that as it may, there is a risk that unpaid credits will remain and, therefore, that banks will be left in a very fragile situation or condemned to close down.

“If there is a second wave of infections, many loans will go unreturned and we are concerned that if there are too many very weak banks there are systemic risks,” says Koetter.

Unlike the expression popularized in the 2007-2008 crisis, ‘too big to fail’, which alluded to the need to rescue banks of systemic relevance to the financial system, Koetter now speaks of a situation of different risk. Namely, “a problem of ‘too many to fail'”, something like “too many, in number, to fall”.

“Along with the ‘Landesbanken’ – which operate by and for the federal states – savings banks and cooperative banks represent about two thirds of the banking sector in Germany. They are banks of systemic relevance “, Koetter emphasizes.” We cannot afford to have them in a situation of systemic danger. ”

“No significant gains in a decade”

Savings banks and cooperative banks referred to by Koetter and company are entities whose activity is limited to a region by law. “They cannot take clients from other regions, but on the other hand, they have a deep understanding of the local economy and of local small and medium-sized businesses, which are the bone marrow of the German economy,” recalls Koetter.

“The problem is that if the portfolio of these banks has too many companies, they are now exposed to the consequences of the coronavirus, and this, in turn, exposes the banks. And nothing can be done, because the coronavirus is a unpredictable factor “, abounds.

In the group of about 1,400 banks that make up the group, not all are equally exposed. Even so, “in the last ten years, these banks have not registered considerable profits”, Koetter points out, referring to a structural situation of these entities that, in his opinion, need “consolidation”.

In this context, the study published by the IWH highlights that, “depending on how fast the economy recovers”, between “6% and 28% of banks could be affected by the default of borrowers” , leading them “to public intervention or even close”.

“The sum of total loans held by distressed banks could presumably range from € 127 billion to € 624 billion,” the study notes. “Not all of these portfolios will eventually become zero, but what we mean is that these banks do not manage small change and that we cannot afford to have 200 of these banks being rescued,” says Koetter.

For this reason, he pleads to undertake now the “structural reforms” in the sector that the country has been delaying, in his opinion, for too long. “I would advocate making unpleasant decisions now, quickly, decisively and as orderly as possible in order to continue looking to the future with a renewed banking system,” says the head of the IWH.

These ideas, however, do not like anything in the sector, which has already shown its rejection by the mouth of Michael Emrich, president of the Association of Savings Banks of East Germany (OSV, for its German acronym). Faced with the alarm signal from the IWH, Emrich has said that his organization “rejects” the analysis of Koetter and company. He accuses them of “putting down the banks” that he represents and defends that the entities of his organization are strong, among other things, because they make pineapple.

But from the IWH they have responded, through its president, Reint Gropp. “When many banks are affected by unpaid loans at the same time, in the end there is no one strong enough to mitigate the fall,” Gropp said in statements collected by the magazine. Focus.

There is no doubt that the small German banks have not passed the IWH tests. It remains to be seen if the real economy will pass in times of pandemic.

We are dedicated to covering the coronavirus epidemic and its consequences. If you like our work, support us. Our independence is possible thanks to the commitment of more than 55,000 members who pay for us to be free. Become a partner, become a partner.