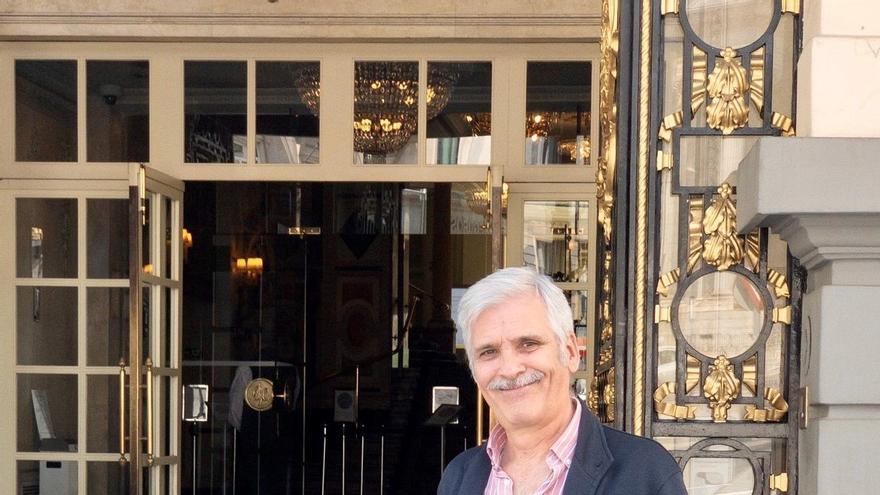 Madrid, July 2 (EFE) .- The one known as Annual Disaster, whose centenary is celebrated this July, is the greatest Spanish military defeat in modern times, a catastrophe in which cowardice and ineptitude were coupled with acts of sublime heroism, some anonymous, like the one centered in the novel “El prisionero de Annual”

Sergeant Francisco Basallo was one of those heroes by force, whose story is told by his grandson, the journalist Alfonso Basallo, in this novel, recently published by Planeta.

Basallo assumes the technique of first-person narration to put the reader fully into the focus of an extreme situation, of a tragedy formed by a chain of incomprehensible episodes from the most elementary military logic and that cost the lives of more than 10,000 soldiers Spaniards who were massacred by the Rif Kabyles led by Abd el Krim.

Many others, such as Sergeant Basallo, were taken prisoner and thus remained until January 1923, in dire conditions, while they tried to cope with this situation as best they could, in their case learning rudimentary first aid with which they could help their companions, and even his own captors.

“My grandfather was a normal person who was pushed to the limit. He was a hero by force, a peaceful person, whom you cannot imagine being involved in a war,” says Basallo in an interview with Efe, in which he describes what happened in Annual as “the Spanish Vietnam”.

Without having the slightest idea of ​​medicine and with the help he could obtain from a prisoner Military Health officer like him, Basallo learned to cure, suture (live) wounds and even amputate when circumstances required such a thing, or bury the hundreds of corpses that dotted those places and that were the best witnesses of what happened in that summer of 1921.

The author knew and treated his grandfather extensively, who died in 1985 at the age of 92 and from those conversations – he says in the interview – he has the memory that “he felt very proud of the humanitarian work he did, both for heal people as if to bury corpses. ”

As Basallo says in the prologue of his novel: “The Disaster was the result of a sum of corruption, negligence and military errors and, as such, it was marked by acts of cowardice and indignity, but also by some heroic deeds”, such as the of his grandfather, practically unknown until today.

Perhaps the charge of the Cazadores de Alcántara Cavalry Regiment against the Moorish harcas is the most remembered heroic episode of that enormous defeat that changed the course of Spanish history and ultimately led to the dictatorship of General Miguel Primo de Rivera (1923 -1930) and at the “de facto” end of the Restoration system.

This load (or loads, because in reality there were several, the last of them at the pace or with the horsemen dismounted and leading their exhausted horses by the bridle) made possible the orderly retreat from Annual to the nearby Mount Arruit of a good number of soldiers. from other units.

The opinion of historians is practically unanimous about the factors that led to this defeat: corruption, the lack of preparation of the vast majority of Spanish soldiers (almost all of them conscripts who were carrying out compulsory military service in Africa), the lack of of supplies, the poor quality of the weapons and the reckless arrogance of some of the commanders, such as General Manuel Fernández Silvestre, commander of the Spanish forces on the ground.

Issues that authors such as Arturo Barea or Ramón J Sender told in detail in their novels “La forja de un rebelde” and “Imam”.

In this sense, Basallo points out that the potential and the military capacity of the Rif Kabyles were underestimated in the face of a possible rebellion against Spain and points out that the reports of the Colonel of the Indigenous Police Gabriel de Morales (also killed in Annual) that advised prudence were dismissed. “Well, the situation had become dangerous.”

Silvestre, whose corpse was never recognized by what various versions circulate about his end (since he committed suicide when he saw everything lost, until he died at the hands of the Riff or other more extravagant that indicate that he managed to flee and take refuge in some village of the Rif unrecognized) was a brave but overly impulsive military man, “reckless and reckless” in Basallo’s words.

In this sense, says the author, it must be added that Silvestre was a friend of King Alfonso XIII, “who gave him wings”, perhaps too many, which caused him to ignore the advice of his subordinates who asked him for prudence.

Sergeant Basallo was released with 300 other compatriots after a year and a half in captivity that concluded with the payment of 4 million pesetas of the time and through the efforts made by a singular character, the millionaire Basque businessman Horacio Echevarrieta, republican but friend of Alfonso XIII; with interests in the Rif mines, and who also founded and owned the Bilbao newspaper “El Liberal”, in which the socialist leader Indalecio Prieto wrote.