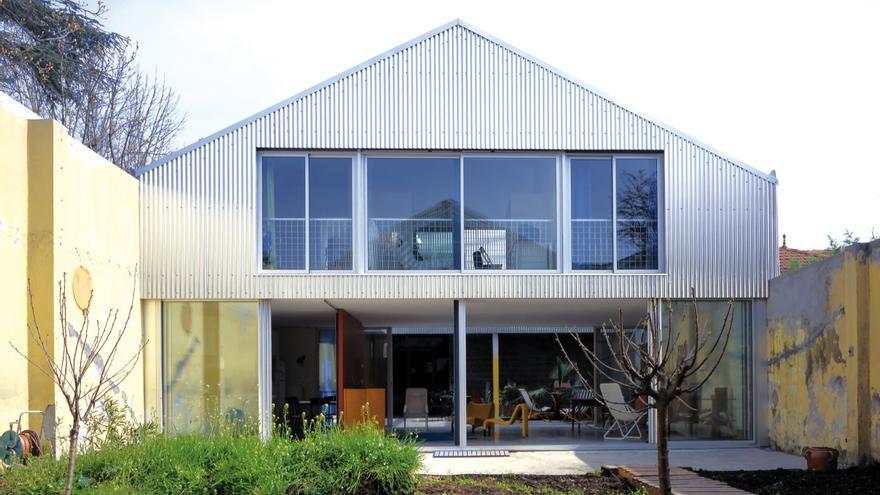 Drafting Culture, Mar 16 (EFE) .- Rebuild instead of destroying, saving instead of spending. Anne Lacaton and Jean-Philippe Vassal have erected buildings guided by pragmatism and modesty, in a time of great stars and exorbitant budgets, and today their work has made them the new winners of the Pritzker Prize, considered the Nobel Prize for Architecture.

Anne Lacaton (1955, Saint-Pardoux, France) and Jean-Philippe Vassal (1954, Casablanca, Morocco) are married and are founding partners of the Lacaton & Vassal (1987) studio, a Paris-based studio.

His work, about thirty projects, has been concentrated in France and some African countries. Outside of their country they are great unknown to the general public, but their work has gained projection in recent years just by going against the tide.

His projects include disparate projects: major renovations of public buildings such as the Palais de Tokyo in Paris or the FRAC exhibition center in Dunkirk. They coexist in their portfolio with others that could be considered minor, such as the renovation of three modest social rental buildings in Bordeaux, which earned them the Mies van der Rohe Prize in 2019.

His work, according to the jury’s ruling, carries a strong “democratic spirit” and has managed to “renew” and “revitalize” the legacies of modern architecture. “His work responds to the climatic and ecological emergencies of our time – underlines the ruling – as well as social emergencies, particularly in the field of urban housing”.

To understand the philosophy of this pair of architects, you have to go beyond the images of their austere buildings.

The Mies Van der Rohe Award recognized in 2019 the genius of his renovation of three modest public rental housing buildings in the Grand Parc of Bordeaux in 2017. The project, convened by the city’s housing office and once its demolition was ruled out , was intended to improve the insulation of buildings.

The architects built a series of terraces on the entire façade, covered with a transparent material that, in addition to isolating the building, managed to add twenty square meters of outdoor space for each house. They killed two birds with one stone, energy efficiency and habitability, and did not spend a euro of what was budgeted.

“Transformation is the opportunity to do more and better with what already exists. The takedown is an easy, short-term decision. It is a waste of many things: a waste of energy, a waste of material, and a waste of history. In addition, it has a very negative social impact “, Lacaton asserts in the statement of the ruling.

Their philosophy is all a declaration of intentions in a sector marked by ‘megaprojects’ and exorbitant budgets.

You have to travel to Africa to find the genesis of the couple’s architectural doctrine. The two met in the seventies when they were studying architecture in Bordeaux (France), but after finishing his studies, Vassal went to live in Nigeria to work in urban planning.

“Nigeria is one of the poorest countries in the world but its people are so generous, they do everything with very few resources. It really was like a second school of architecture, ”Vassal recalls.

Lacaton used to visit her current husband, and, in one of those stays, they did what would be their first joint project; a thatched hut, built from bush branches, that stood for two years.

Based on this experience, they promised not to demolish what could be renovated and bet on making what already exists sustainable.

This maxim is fulfilled in the renovation of social rental housing in Bordeaux, and in similar social housing projects that have been carried out for more than three decades. “There is a humility in its approach, which respects the goals of the original designers and the aspirations of the current occupants,” defends the jury.

In 1993, the Bordeaux city council commissioned him to renovate the Leon Acoc square in Bordeaux, the goal was to “beautify” the square. Both studied the place, spoke with the neighbors, many of them played petanque under the trees of the park.

They concluded, and thus communicated it to the city council, that there was not much to do, everything was in its place, it was simply necessary to replace the gravel, treat the trees and slightly modify the traffic. There was nothing to build, only to give potential to what already existed.

This maxim of “minimal intervention” and “respecting the past” is repeated in the renovations of the Palais de Tokio, where they bet on exposing the traces of the restoration process with raw materials; or the great FRAC exhibition center in (Dunkirk, France) where instead of modifying the original building, an imposing ship factory, they created a replica for less budget.

But more important than the budget and the pragmatism of his proposals for Lacaton and Vassal are the people who inhabit the buildings. They both believe that buildings that are restored or newly created are only beautiful when people “feel good in them, when the light inside is beautiful, the air is nice, and when there is an easy transition between inside and outside. Exterior”.

“Our work consists of solving limitations and problems, and finding spaces that can generate uses, emotions and feelings,” explains Vassal.

Among his most significant works are the Casa Latapie (1993), one of his first private dwellings, the renovation of the social housing of the Tour Bois le Prêtre, and the École Nationale Supérieure d’Architecture de Nantes (Nantes, France 2009) , the Cap Ferret House, the Ourcq-Jaurès social housing in Paris, and an office and residential building in Chêne-Bourg in Geneva.

Lacaton and Vassal combine teaching with their work as architects at universities around the world.

The studio they founded has received numerous awards such as the BDA Grand Prize (2020); the Global Award for Sustainable Architecture, the Heinrich Tessenow medal (2016), the International Fellowship from the Royal Institute of British Architects, 2009, the Grand Prix National d’Architecture de France (2008) or the Mies Van der Rohe Prize for contemporary architecture of the EU.

Anne Lacaton is the sixth time she has received this award from the Hyatt Foundation. The Pritzker has fallen in previous editions on architects such as Zaha Hadid, Norman Foster and Oscar Niemeyer, among others.