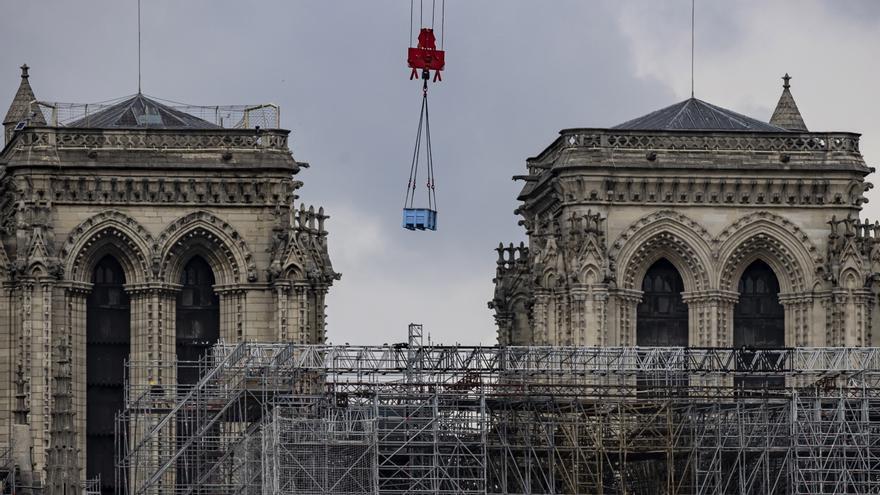 Paris, March 30 (EFE) .- The French filmmaker Jean-Jacques Annaud, known by titles such as “The name of the rose” (“Der Name der Rose”, 1986) or “The bear” (“L’ours”, 1988), is preparing a new film about the Notre-Dame cathedral fire for which he is looking for authentic and amateur videos about what happened.

“Notre-Drame brûle” is already in the filming phase and hopes to be released in 2022.

The 77-year-old director wants to count on citizen collaboration in this project: “We are looking for authentic videos taken in and around the place that reflect the chaos and emotion that this event caused,” he says on the website notredramebrule.com.

That page includes a form in which whoever has images of the fire that on April 15, 2019 caused the collapse of part of the roof and the arrow of the Parisian temple can send them to the film team.

If they are finally used, the user in question gives the production rights to reproduce his video in exchange for remuneration, and must guarantee that he is the sole owner of the shots he sends.

The film has reconstructed part of the cathedral, as can be seen on the website, and will also use archive images of the fire, but hopes that those that reach it will show, for example, reactions from people abroad, to reflect to what extent had an international impact.

“I do not need to invent any artificial suspense. All that is already there,” adds Annaud, who when filming began this month in Bourges Cathedral, in the center of the country, stressed that it is enough to cling to reality, which is “infinitely more baroque “than any fiction.