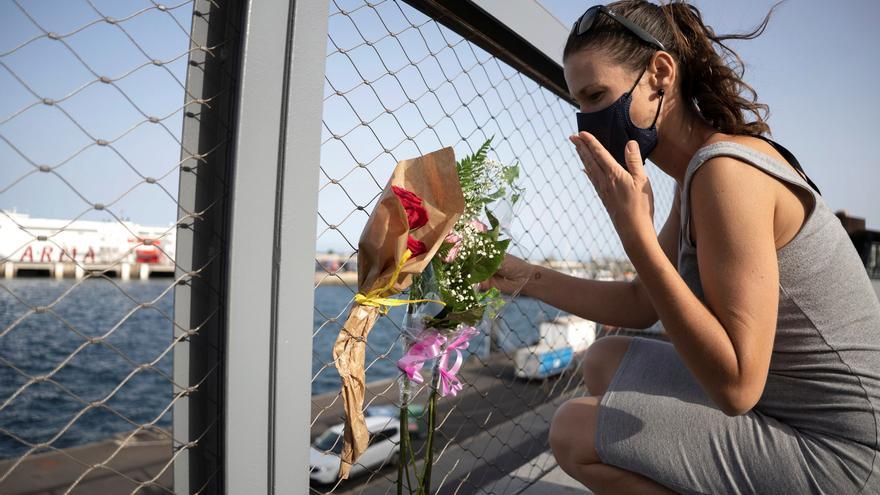 The judicial resolution, which puts an end to the secret phase of the proceedings – which means that the parties in the case will have access to the proceedings, for the time being the Public Prosecutor and the mother of the girls – annuls the order for the international search for Thomas Gimeno as alleged perpetrator of a crime of child abduction, and modifies it by a requisition for two aggravated crimes of homicide (this is a preliminary qualification and susceptible to variation) and one against moral integrity in the field of gender violence.

In a resolvedn of nine pages in which a detailed account of the events is poured based on the multiple evidence collected during the 45 days that the uncertainty has lasted, the judicial authority affirms that it is most likely that the investigated person killed his daughters in his house in Igueste de Candelaria (Tenerife) on the late night of April 27, 2021, wrapped the bodies in towels, placed them in garbage bags and, putting these in turn in two sports bags, took them away in his sports boat on the high seas, to an area that he knew and knew deep, and launched them into the water tied to an anchor by means of a chain and a rope.

In the judgment of the magistrate, the idea of ​​Tomás G. when he took his daughters on the afternoon of April 27 “It was not to steal them from their mother and environment to take them to an unknown location, but to presumably kill them in a planned and premeditated manner, and this in order to cause inhuman pain in his ex-partner, whom he deliberately sought to leave in the uncertainty about the fate his daughters had suffered when hiding their bodies, after killing them, at the bottom of the sea, choosing places far from the coast and deep, where he thought they would never be found, all after announcing, both his ex-partner and to his close environment, that he would go with the girls and that they would never see them again “.

The judicial resolution reveals that the autopsy performed on Olivia On Friday morning, it determined in his preliminary report that he died “of violent death, with a medico-legal etiology compatible with homicide, the immediate cause being compatible with acute edema. [acumulación anormal de líquido] lung ”. Chemotoxicological, biological and histopathological studies are pending to complete the conclusions.

“Although only Olivia’s body has been located so far”, exposes the magistrate, “the most probable factual hypothesis regarding Anna is, unfortunately, the same”.

The magistrate asserts that The history of the tragedy dates back to about a year ago, when the relationship between Tomás and the girls’ mother broke up and the latter started a new romantic relationship. “Since then, Tomás has constantly maintained a humiliating and degrading treatment” towards his ex-partner, “directing him daily disqualifying, offensive and outrageous comments, in particular focused on belittling her for having rebuilt her life with a new partner, also expressing her, in a repeated, which did not tolerate [su nueva pareja] share moments with their daughters ”, he relates.

The car emphasizes that the desire of the investigated was to place his ex-partner “In the uncertainty about the fate or fate that Olivia and Anna had suffered at their hands, then, after repeatedly warning her that she would never see him or his daughters again, implying that she would elope with them to an unknown whereabouts, he devised the way in which he understood that their lifeless bodies would never be located, throwing them into the sea inside weighted bags and tied to an anchor, in a place expressly sought far from the coast and that he knew deep, where the seabed they could not be investigated, except by the special means available to the oceanographic vessel Ángeles Alvariño, which is why their intervention was agreed “.

The decision of the magistrate, who sends it to the Public Prosecutor’s Office for a report –among other issues on jurisdiction- is subject to an appeal for reform and a subsidiary appeal.