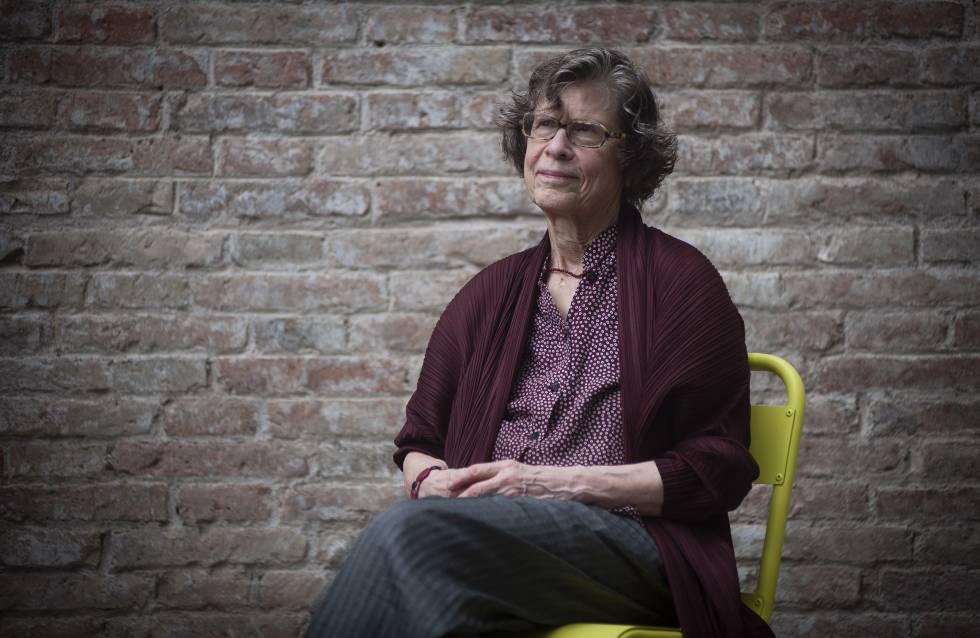 Ann Cook (Chicago, 1940) has changed the rules of the educational system game in the State of NY. This history teacher got 10 years ago that students from 39 public institutes in that region do not have to face exams. In the rest of the state centers, students must take five tests at the end of high school – Mathematics, Global History, American History, Science and English Language – to get the degree and to access the University. Cook's fight is against the call teaching to the test, an increasingly widespread trend in the United States that consists in measuring the success of schools and the effectiveness of teachers based on student grades. Now, the results of his experiment begin to be visible: 90% of the students in his network of institutes – 28 are in New York City and 11 spread throughout the state – access the University, compared to 58% on average from the rest of public centers in the region.

“The obsession to measure knowledge with external state exams – which are developed by the authorities and not by teachers – is diverting us from the purpose of educating citizens; we are teaching the kids tricks to pass an exam and that does not motivate them at all, ”laments Cook, promoter of the network of centers known as New York Performance Standards Consortium, which this week gave a seminar on alternative evaluation methods organized by the Unesco Center of Catalonia and the Jaume Bofill Foundation in Barcelona, ​​to which this newspaper was invited.

In the classrooms of the 39 institutes there are teenagers who come, mostly, from disadvantaged families with low incomes. 75% of them are black or Latin American. The big problem with the system, Cook says, is that public centers have become ghettos —When the level of concentration of students with low resources in the same center exceeds 50% -.

“The expectations with these kids are very low, many teachers have thrown in the towel and the institutes get less and less score in the rankings; the great danger is that when they are cataloged of low performance they can end up closed by the Administration or transferred to private companies ”, explains the teacher. A radical change in teaching methodologies, based on mass readings, essay writing and oral presentations, has led to a reduction in the dropout rate, which is now 5%, compared to 30% in the rest of the institutes. Another of the great achievements that Cook presumes is the retention rate of teachers: 80% versus 72%. "We have achieved autonomy for teachers, who no longer live with the fear that their students get bad grades and that may have an impact on their salaries or job stability," he says.

A survey of 1,500 professors of the National Education Association revealed that 72% of them felt “extreme” pressure from the management teams to improve the results in the so-called standardized test, the external exams imposed by the Administration. Only in eight of the 50 states in the country – such as California – have laws been passed that allow schools to choose whether or not to take the tests.

How did Cook convince senators and members of the Assembly to make an exception with their centers? “The negotiation was very hard, it took us about eight years and when we got it there was a majority democrat… they understood that the academic model does not always work, ”he says. They had to yield at one point: students would have to face one of the five final high school exams. "We chose the one in English because it is the one that carries less directed instruction, it is not necessary to memorize so much and it is freer." Consortium students also earn a high school diploma but are assessed differently. Their competencies are measured through jobs and attitudes also count. “We have managed to create a new narrative, raise the self-esteem of the boys and do not reject the school,” ditch Cook, who at 79 is still leading the fight.

Access to the University in the United States is extremely competitive. Students must have a high school degree and present themselves to the SAT, a test that measures knowledge and functions as the Spanish Selectivity; It is a filter to enter the desired career and university. The agreement reached between the Administration and the network of New York Performance Standards Consortium institutes exempts students from presenting to the SAT. “They value them with the qualifications obtained in Secondary and with their portfolio, where they collect their best works and essays,” explains Ann Cook.

"The SAT is in disuse and there are already almost a thousand universities that do not ask for it in the whole country, they begin to value more critical thinking and recommendations, that is another of the great changes of the system," he adds. 18 months after graduating from High School, 83% of the Consortium students are still enrolled in the university, compared to 59% of the rest of New York public institutes.

The Minister defines 1,337 positions of 37 specialties in the 2020 competitions – La Provincia