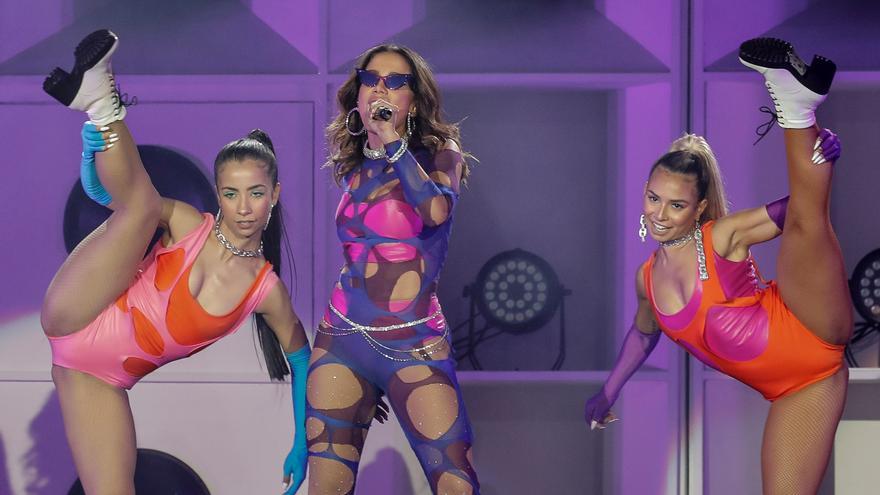 Sao Paulo, Dec 27 (EFE) .- The Brazilian singer Anitta celebrated her participation as one of the attractions of the traditional New Year’s Eve party held in Times Square, in New York (USA), in which she will say goodbye to 2020 and will welcome 2021.

“My New Year’s Eve is going to be in Times Square in New York! We have not confirmed before because there was a lot of bureaucracy and I did not want to say anything until it was 100% true,” the singer said in a story published on her Instagram account.

Anitta, one of the most internationalized artists in Brazil and who accumulates more than 50 million followers on that social network, also announced that she had already carried out the tests for the covid-19 required to enter the United States and commemorated that “everything is wonderful” .

The singer stressed, however, that New Year’s Eve 2020 “will obviously be different” due to the coronavirus pandemic that hit the world.

He also explained that, despite the start of vaccination against the pathogen in the North American nation, New York City, as well as much of the globe, still has restrictions to stop the advance of Sars-CoV-2.

“The vaccination has already started there (in the US), but it will still be a different New Year’s Eve and (the event) will be televised. That’s it, just happiness around here,” Anitta concluded in her message.

The New York New Year’s Eve show will be closed to the public, but will be broadcast live on the Univision channel and on social media.

The event will last about three hours and will be presented by Raúl de Molina and Alejandra Espinoza in Times Square and by Rafael Araneda and Angélica Vale in Miami.

In addition to Anitta, the event will bring together various celebrities and will feature musical performances by names like Pitbull, Gloria Gaynor and Andra Ray, among others.

Anitta, 27, was in Los Angeles a few days ago to record her latest trilingual album (Portuguese, Spanish and English), executive produced by Ryan Tedder, who has worked with artists like Adele and Beyoncé.

The new album, which should be released next January, will come from Warner Records, a company with which the artist signed a contract this year and with which she seeks to project herself even more internationally.

Likewise, Anitta was one of the artists who animated the Latin Grammy Awards ceremony last November with a presentation she recorded in Rio de Janeiro.