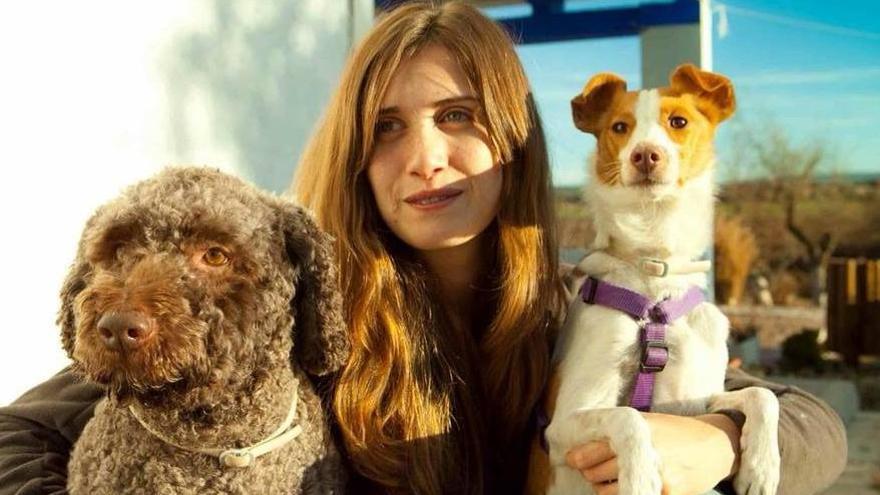 When Violeta arrived at my house, her entire abdomen was raw, burned, as if boiling water or some toxic product had been thrown on her. Her skin was peeling off in shreds and the daily cures were extremely painful for her. We don’t know what happened to him, but he certainly had a serious accident and would not have survived unaided on the street. After several months of recovery, veterinary consultations and intensive care, we found a foster family for her. Today Violeta is a cheerful, plump and tremendously happy cat.

During the last ten years I have temporarily welcomed many abandoned and abused animals into my home. Animals run over, poisoned, with neck injuries from hanging attempts, with the microchip removed, dogs that had been abandoned tied to a lamppost. And many have died in my arms because they did not receive help in time.

The day-to-day life of any volunteer, shelter or animal shelter is hectic and exhausting. Facing the reality of a country with more than 300,000 dropouts a year from small associations, mostly managed by volunteers and who receive practically no help, is a titanic task and an invisible task that well deserves attention, recognition. and the support of our institutions. It is the neighbors themselves who organize themselves, design campaigns, build shelters, put their houses and the money from their pockets to respond to this reality.

The care of animals is one of the great pending subjects of this country, which is, among other things, the one that leaves the most family animals every year in Europe. Concern and social mobilization for the welfare of animals has grown exponentially in recent years, but the response from our institutions is already shamefully late. Ethics, science and responsibility in the management of public resources make the development of public animal protection policies consistent with the morality of our time inescapable.

In the Madrid City Council we find an institution anchored in the logic of “control” that maintains the agencies responsible for animals within the scope of “public health”. This approach has its origin in the old conception of “keeping in line” the rest of the animals, in the old idea of ​​protecting ourselves from them (instead of protecting them) and preventing them from affecting the lives of humans.

While other municipalities already have offices, addresses and even specific and specialized areas in animal protection and welfare in operation, the Madrid City Council is dragging its feet in this matter. The current municipal government of Almeida and Villacís does not have a single proposal, not a single idea, nor a minimum will to innovate to improve the situation of animals and those who care for them in the city of Madrid. In fact, to date we have only heard them talk about specific animals: bulls. Yes, we have heard them talk about increasing public spending on bullfighting, about their meetings with the Toro de Lidia Foundation, about promoting the Bullfighting School and about their commitment to supporting bullfighting shows despite the growing disinterest of the population.

Now I have just been appointed councilor of Más Madrid in the Madrid City Council, and one of my main commitments is to give a voice to the animals in the council. We have a roadmap and a city model that includes responsible coexistence with animals, the ethical management of urban fauna, the promotion of adoption versus purchase, the promotion of sterilization, and the determined promotion of the CER Method for manage the more than 1,500 feline colonies registered in the city, education in values ​​and the prevention of animal abuse, the protection of the bond between vulnerable people and their family animals.

A city model where art and culture have nothing to do with cruel spectacles with animals, where a fairer, sustainable and green food model is facilitated and promoted, where biodiversity is cared for, where security services have the resources they need to act against animal abuse, where there are action protocols to care for animals in emergency situations, a city model where it is understood that the relationship we maintain with animals is a thermometer to measure progress and progress of a society.

more irregularities in Correos contracts in the Rajoy stage