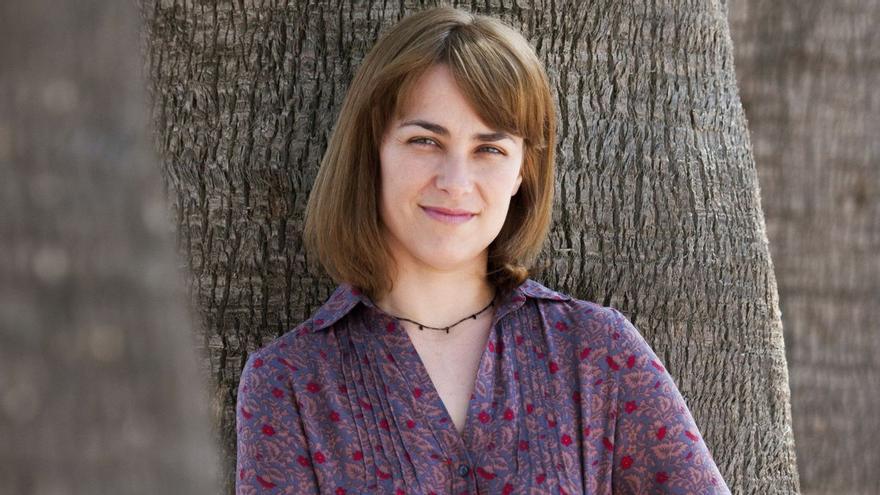 Halfway between the narrative genres, Sara Mesa has just published ‘Perrita Country’, a book, illustrated by Pablo Amargo, in which of the three main characters, two are a dog and a cat, so the author has said that animals can be as good literary characters as people.

Mesa has noted that with this book he has tried to do something different from his previous novels, “a work on the subtle” that, with a minimal narration, has been constructed by means of successive prints and numerous ellipsis.

It seems that teachers are painting less and less in society. Why did you choose a teacher as the main character?

It was a narrative decision, to give texture to the character, nothing to do with wanting to claim the profession – she, in fact, is not an exemplary teacher. I taught in the past, three years. Maybe I drink from my experience back then, even unconsciously.

Are there spelling mistakes that are never mistakes?

Of course, of course, ask the great Andrea Abreu, who with “Donkey’s Belly” has raised so many susceptibilities about it … and it’s a great novel! But what I was referring to is that you don’t have to be overly normative, rigidity kills creation. So what many might consider a mistake (like the amount of time the “Perrita Country” protagonist spends staring at her animals) could actually be a hit, right?

Can animals be better literary characters than people?

Neither better nor worse, they depend on which hands they fall into. But Tulip, JR Ackerley’s dog, has earned a place of her own in the history of literature, just like Mario Levrero’s Pajarito. Just to name two literary animals that I mention in the book, although there are many more.

Do you think animals should have rights?

Of course. They are living beings that deserve respect. And this excludes any form of cruelty or unjustified harm. That is what Pythagoras already said, it is nothing new.

Do you prefer dogs to cats?

I do not compare. They are completely different beings, fascinating precisely because of their peculiarities. I dedicate some pages in the book to observing these differences.

Are you prejudiced against people who hate pets?

Of course not. But yes against those who mistreat them. As Henry More said, those who are cruel to animals will end up being cruel to their peers. And Pythagoras also said: “As long as men continue to slaughter their brothers the animals, war and suffering will reign on earth and they will kill one another, because he who sows pain and death will not be able to reap neither joy nor peace, nor love “.

Doesn’t what Lord Byron said about his dog seem excessive to you?

Well no. A dog can be loved a lot, I am understanding with all these kinds of hyperbole that arise from love.

As a past quote in his book to Clint Eastwood and three other actors from, say, the hard line. Is it a declaration of principles?

No, no, I didn’t think about it (laughs). I love Clint Eastwood. I named famous dueling scenes, thinking that something similar would occur between the dog and the cat on the first encounter. Fortunately not.

The protagonist admits that her pets have managed to respect each other’s domains, something in which she has been failing all her life. Is selfishness the great human problem?

Well, actually animals are very selfish, they tend to think about themselves and their survival; of course they take care of their young and in certain cases of their community, but in essence they are quite selfish, although it is a clean selfishness, which cannot be judged from our point of view. If my dog ​​could, I would take all the food from my cat without the slightest scruples, and she is the best dog in the world. Perhaps what is typical of the human being is excessive ambition, cruelty and greed.

By the way, is having a pet more of a sign of generosity or selfishness?

It doesn’t have to be from either of these two things. Seeking the company of animals is something we have been doing since ancient times for very different reasons. It doesn’t make us better or worse, and there are plenty of examples.