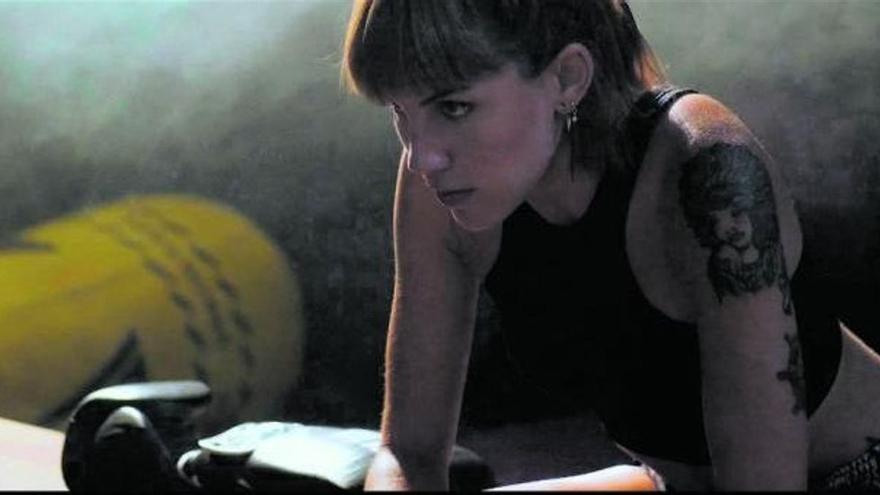 Angy recounts her experience, what it is like to live with this disease while the rest of the world goes on with her life. While filming the series Physics or chemistry and the rest of the cast, young, would go out and have fun, she couldn't. "You do not understand anything", remember from that time.

Other people who have suffered from depression also give their testimonies in this series. AND psychiatrists, psychologists and sociologists complete the testimonies collected in this six chapter program which was recorded just before the pandemic and that is available on the Atresplayer website.

The intention of this series is speak "openly" so that "depression can be detected earlier", points out Miquel Roca, who adds that "sometimes there is a delay in diagnosis" because the disease "is masked with other symptoms ". The psychiatrist also warns that the reverse situation sometimes occurs, that other things are trivialized and classified as depression.

Depression, as recalled in this show, is the second leading cause of disability permanent in Spain and 20% of the time in primary care consultations have to do with depression, anxiety and adjustment disorders.

In most cases, those who suffer from depression also have to endure the ignorance of other people, who cannot understand how a person who appears healthy and things are going well can be bad. And not only are friends and acquaintances, as Angy relates, they also face the messages that force them to be happy. "Well of course you want it to be a good day, but you can't", the artist states in this regard.

Miquel Roca highlights the importance of not confusing depression with being sad. "Is a disease constituted by a set of psychological and physical symptoms that last a certain time, but that should not be confused with a temporary sadness triggered by an event that can happen to each of us in life ".

The Mallorcan psychiatrist, on the depression suffered by Angy or by other people famous, he thinks that "Popularly it seems incredible when a person at the height of his life, of his success, can have depression. And this is the recognition that depression knows no successes or failures".

Experts and patients agree on the importance of going to therapy to overcome depression, to have tools with which to deal with it. Angy comments that it is still taboo to talk about the need to resort to this professional help, just as it is still taboo that this disease affects children mens.

On this question, the psychologist Áurea Esparza notes that "There is pressure on women to give a maximum in all facets of their life" and that pressure "generates stress and can lead to a depressive episode ".

Postpartum depression, depression caused by loss and how it also affects babies teenagers are issues that are also covered in the program.

Roca participates in the round table of the final chapter, together with the psychiatrist Victor Perez-Sola and the patients Jaime Garcia, Jose Luis Espinoza, Dew Moral and Yolanda monar. It speaks of the suicidal behavior of depressed patients, of their need to "stop feeling suffering." About him suicide, Roca affirms that it is a «very important» public health problem, with 4,000 deaths a year in Spain. "And the major gateway to suicidal behavior is depressive illness"adds the psychiatrist.