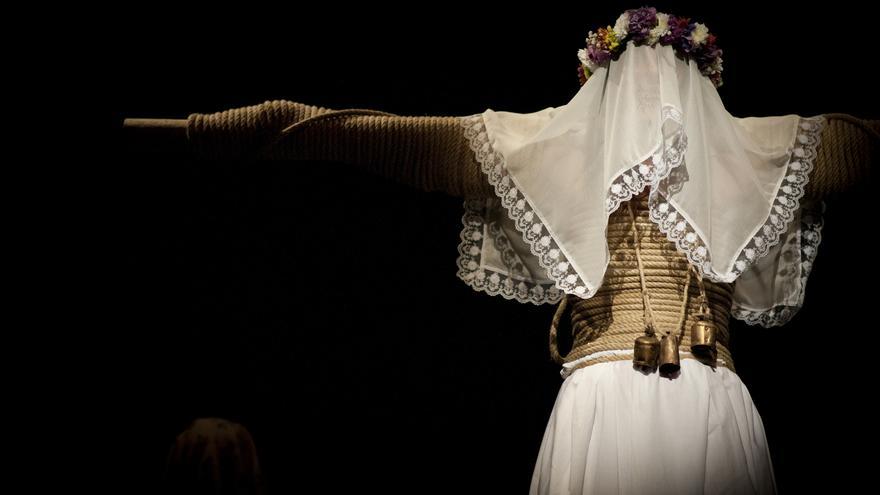 “To create is to love failure (…) If I did not love failure, I would not write about you”, writes Angélica Liddell (Figueres, 1966), writer, stage director, playwright and actress: one of the most dissident creators on the international scene . Liddell has been doing theater since before the nineties, in 1993 he created his company Atra Bilis together with Sindo Puche, from 2014 to 2018 she was exiled from the Spanish scene, since 2016 she has not spoken to the press, and for a year and a half the seats of the Madrid Canal Theaters witnessed it for the last time and they are still trembling.

Angélica Liddell sweeps the box office. A rib on the table: Mother It will be represented in the Red Room of the Teatros del Canal on the 17th, 18th, 19th, 20th and 21st of this month. The last three dates have been extended a few days ago and the tickets were sold in just two hours. However, the other representation that he was going to perform, A rib on the table: Father, “It has had to be suspended due to force majeure; of course it is my will and my wish that we can see it as soon as possible ”, says Alberto Conejero, playwright, poet and director of the Madrid Community Autumn Festival.

If shamanism consists of a person who guides spiritual and initiation passages, who even manages to communicate with the deceased and ancestors; what Angélica Liddell does in her creations are shamanic acts. The shaman offers her elegy to the public (her tribe) and seems to be nourished by the shock and discomfort that it generates in it.

Like any self-respecting ritual, it is also transcended thanks to music and the person in charge of this area is the “ex-flamenco” Niño de Elche, who with his cante goes through the ceremony in which Liddell, as signature in the synopsis of A rib on the table: “I came from burning my parents, with three months of difference between one body and another”.

“Very few times have I felt in a theater what I have felt watching some pieces by Angélica Liddell; there are very few creators who are born and die like this on a stage, very few who cause such passions, in any direction. She is also one of our great poets ”, says Alberto Conejero. Conejero –National Dramatic Literature Prize 2019– is one of the people responsible for Liddell being on the stage of the Red Room of the Canal Theaters: “for me the most important thing is that the Autumn Festival can be celebrated, in a or other, that contributes something to alleviate the critical situation of the sector and that provides to the spectators spaces of beauty, of reflection, of humanity ”.

“Any type of censorship is absolutely superficial, it will never go into the meaning and nature of a show. It is astonishingly superficial, they only go to icons, “said Angélica Liddell in one of her last interviews conducted in 2016 within the framework of the Venice International Theater Festival, where she also declared herself” antisocial “and reflected on her” rejection ” and “revulsion” towards community life. “My great facility is to see the worst in everything and society enters that facility. Society exudes the worst in human beings. I believe that only the individual can give light, the community cannot give light ”.

Perhaps this is one of the reasons for his media silence. “Angelica continues to have no relationship with the media, written or otherwise. Neither does any member of the company “, reports his manager Sindo Puche via email. Why do we want to interview Angélica if her work is almost endless? She communicates on stage and on paper, in her plays and in her books. “Angelica goes through places that few creators would travel right now, she goes through thorny, uncomfortable places and that is why her literature is also uncomfortable. She is not at all complacent, quite the opposite. She does not base her theater or her writing on her followers, she bases it in his instinct and in his faith “, shares his editor Carlos Rod of the publishing house La uÑa RoTa.