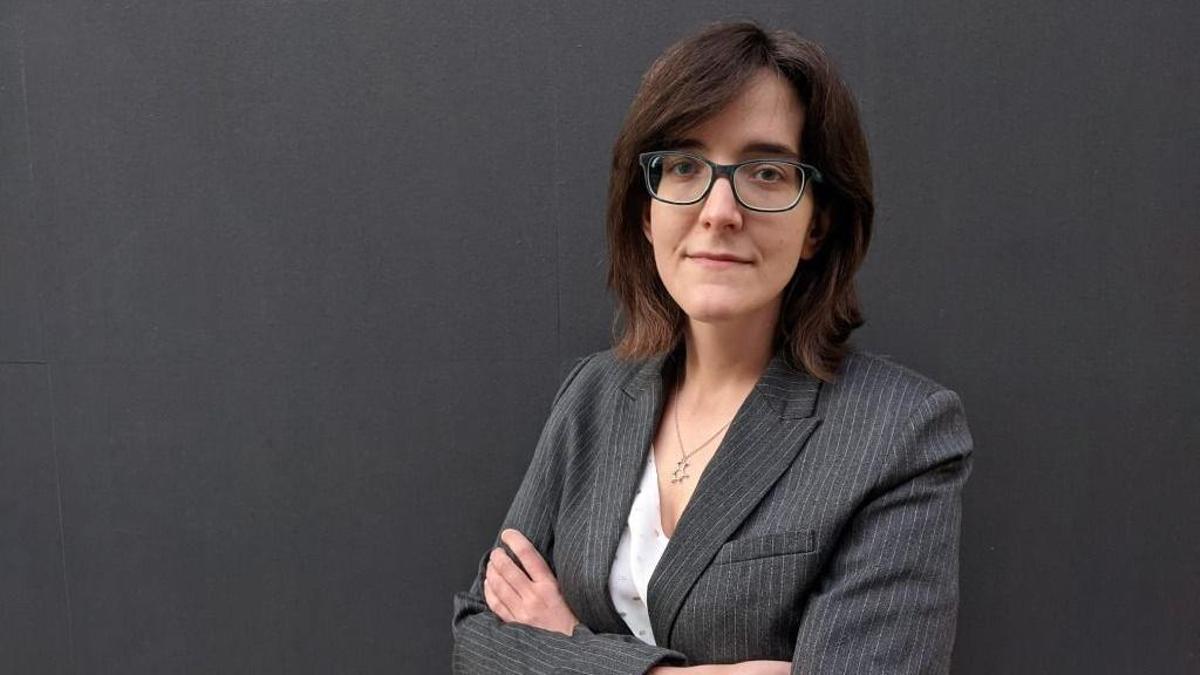 The sexual harassment in science it is without counting. Just a trickle of cases that occurred at the university or figures of complaints that go nowhere is the little that comes to light from time to time. Even the field of research seems alien to this type of sexual violence in the era of #MeToo and the breaking of silence, but in laboratories, classes, offices or the corridors of research centers it is a reality. Making it visible is one of the intentions with which Ángela Bernardo (León, 1988) has published Bullying. MeToo in Spanish science (Next Door Publishers), a pioneering work that puts the magnifying glass on what is not usually seen.

With testimonies, data, review of sentences and interviews with specialists in sexual harassment, the biotechnologist and journalist from Civio unravels what the situation is in our country. “Science is not a bubble apart from society,” he says, and yet there is still a certain complacency; science is often looked at as if it were “an area of ​​purity or neutrality” in which these situations do not occur. That universities and research centers, many still without protocols, assume that they are not isolated cases is, says Bernardo, the first step to tackle the problem.

He dedicates part of the book to tell how #MeToo was created and what it has meant. Have you reached the world of science with the same intensity?

No. Magazine Science he did speak in 2017 of the phenomenon and in the United States it may have been different, but not in Spain. It is an unknown problem. In the first place, it is necessary to assume that in science and research there is also sexual harassment and there is a lack of resources and prevention, awareness-raising and reporting measures. All the people I have spoken with say that the mechanisms that exist in the centers, if they exist, are not completely effective in supporting the victims and there is still a lot of reluctance.

Name cases of recognized and valued scientists, with great power in their respective disciplines, accused of sexual violence, but not in Spain. Is here the great #MeToo of pending science?

I think so, it has not come in the way it should and it is yet to happen. Not enough resources have been put in. Victims often run into a wall when they experience these behaviors, which adds more pain and suffering to their own experience. It must be remembered that universities and research centers not only have a moral responsibility not to look the other way, but also legally.

To what extent is it common for science to be thought of as a space alien to sexual harassment?

It is usually seen as an area of ​​purity, neutrality and meritocracy, and that influences the assumption that this occurs. Furthermore, scientific research has certain characteristics that promote harassment behaviors and silence them, so that when they occur, victims have fewer resources to report them: hierarchical structure and precariousness. A person’s progress and posts depend on superiors, but very few. If whoever is harassing you is who your professional career depends exclusively on, or if you know a third party who does it but you know that he is the one who manages the resources or makes the decisions, it is difficult. It is difficult for victims to identify what is happening and to name it, but there are also elements external to the harassment itself, related to the scientific world, that make it more difficult to report.

Precariousness is present in practically all professional fields. How does it influence this?

It goes beyond people without a contract or in precarious situations, which also happens, but here the professional career itself is very marked by the publications and research projects in which the researchers are. It influences even in what order to appear in a publication, which will condition access to contracts in the future. That can be seen completely stopped, even if they change university or research center, their work is associated with that journey.

In addition, science is a masculinized field in which women have traditionally been made invisible.

Yes, it is a constant in the world of science, although things have changed. There is a 2018 report from the National Academies of Sciences, Engineering and Medicine of the USA in which it was stated that in environments like this in which there are more men or more male leadership, the incidence of bullying is higher. In 2003 another meta-analysis concluded that the academic system was the second area where the most harassment was seen, only behind the military environment. This causes it to be undervalued or downplayed and contributes to the fact that women who suffer from it do not speak out or do not report it for fear of not being believed or for lack of mechanisms.

In the book she tells the cases of some women with whom she has been able to speak who have been victims. How has this process been?

Above all, I thank you very much for wanting to tell your story because they are still very painful situations. After finishing writing the book and talking with scientists, research or university personnel, I have encountered many cases, victims that I did not know they were, people who know those who have suffered … It is not a specific or anecdotal problem .

One of these testimonies is that of Beatriz, a researcher from the Higher Council for Scientific Research (CSIC) who was touched by her boss in the laboratory and who is currently outside the academic world. The CSIC launched an investigation, but shelved it. Would you say that there is a policy of concealment or minimization on the part of public research organizations?

When I asked the CSIC about the measures they have taken and for this specific case, they did not answer me. It shows that, faced with these situations, there is still opacity. I have asked other organizations and universities. Many have given me information on complaints, but others have not, or have not responded directly or put obstacles. When they hide behind the name of the institution or “what will they say”, they are doing the victims a disservice.

Most universities do collect complaints and most of the cases that have become publicly known have occurred in them. What happens in public research organizations?

Most universities tend to have protocols and there are equality units, which may have more or fewer resources, but they are working. In the public research organizations, there are still several that do not even have any type of protocol or mechanism. They go much slower.

Why do you think it happens? Does it have to do with the fear of loss of prestige?

I don’t have a concrete answer, but I think there is part of it. In the end, these organisms have a lot of renown. It is also true that they are large and that they have distributed centers that work better and others worse, but surely there is a part of institutional protection. In the CSIC, for example, they conducted a survey two years ago and several data pointed to this: those who have been victims or know of cases say that they have not been treated in the appropriate way, either in the centers themselves or in the most important spheres. high from the CSIC. There is much room for improvement in mechanisms for protection, prevention and care for victims.

What is missing in this regard?

On the one hand, involving the research and university community, a lot of information is still missing. Also that universities and public bodies work on truly effective protocols against sexual harassment not only to prevent and report, but so that, if it occurs, it has the least possible impact on their day-to-day life and their professional career. Much work remains to make visible that this is a problem that also exists in science and there are hardly any studies on the prevalence or on who the bullies are. It has come to my attention that in the United States sexual or gender-based harassment is considered a damage to scientific integrity. It may seem very pompous, but it is common in science to talk about this when there is plagiarism or manipulation of results. It is something that should be assumed here.