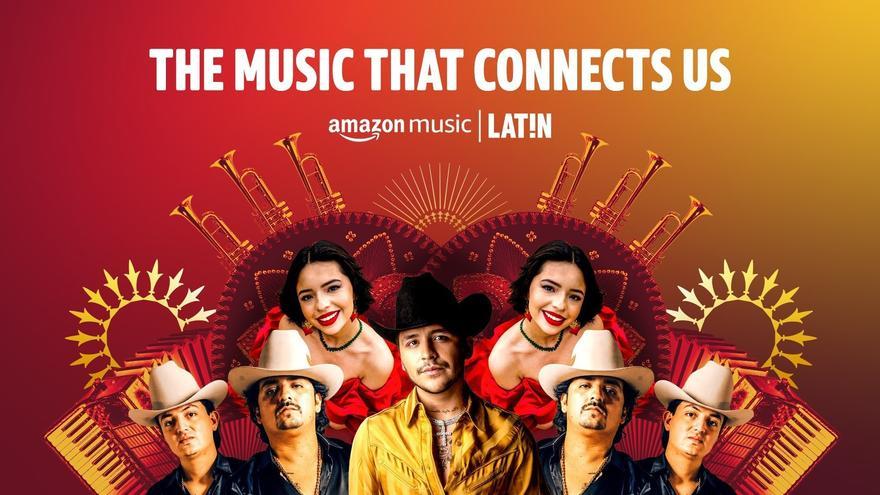 Miami, Feb 11 (EFE) .- Amazon Music launched this Thursday a campaign to promote the Mexican regional genre, which includes exclusive content and more than 40 renewed playlists and has as a business card a version of the bolero “Bésame mucho” in mariachi in charge of Ángela Aguilar.

The campaign includes exclusive content to highlight recognized and emerging artists who have established and redefined the genre, such as Banda MS, Caliber 50, Intocable and Nuevo Element.

Customers will be able to access content through Amazon Music LAT! N, the global Latin music destination, which was recently launched.

“I am happy to be a part of this Amazon Music initiative that promotes Mexican music,” said Angela Aguilar, a Grammy and Latin Grammy nominated artist.

The Mexican singer, daughter of Pepe Aguilar and granddaughter of Antonio Aguilar and Flor Silvestre, said that the classic bolero is not only one of her favorite songs. “It is a universal song which touches us all,” he said in a statement.

Eden Muñoz, a member of Caliber 50, a band that recently released the album “Vamos Bien” and presents in Album Spotlight a video with interviews at the ranch in Guadalajara (Mexico), where the recording was made, affirmed that it is one of the works most special record labels they have made in their career.

“They have in their hands an album that therapeutically took us out of the hole, out of sadness and uncertainty. We turn all those feelings into song, music, notes. With the intention that, if they feel the same way, they can take refuge here, in our music, “said Muñoz.

Rocío Guerrero, global head of Latin music at Amazon Music, indicated that “the Mexican regional is a leading genre that is redefined while remaining faithful to its roots.”

The platform wants to celebrate the work of its “talented representatives” with this exclusive initiative through various channels, which, according to it, “is just the beginning.”

Paul Forat, head of Amazon Music Mexico, stated that the Mexican regional is “an integral part of Mexican and Mexican American culture and identity” and the company is proud to “offer fans the opportunity to discover a different perspective of their favorite artists and bring them closer through these exciting projects. ”