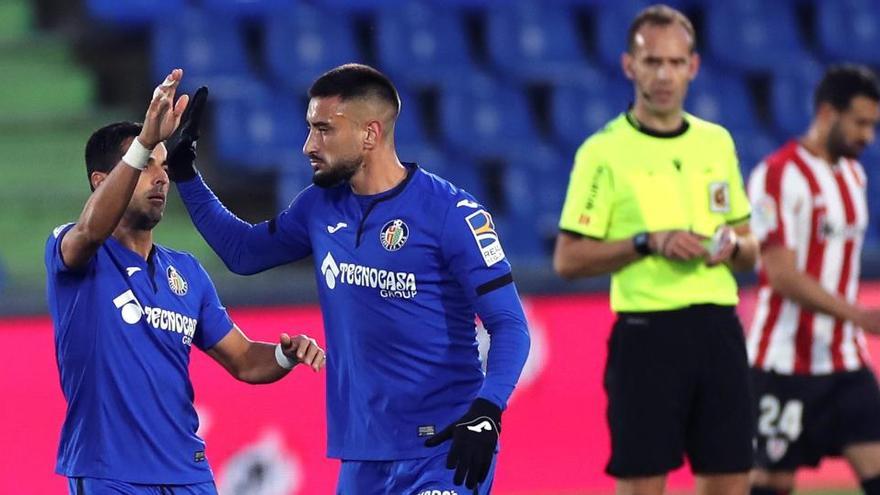 The Athletic, with the young ‘cubs’ who crushed Betis last day, drew 1-1 in his visit to Getafe, which demolished the wall built in the second part by the Basque team with a bit from Ángel Rodríguez that prevented a new success from Asier Garitano’s new bet.

The Athletic coach opted for the formula that gave him such good returns last day, when he won 4-0 with a generational change with the appearance in the eleven of names like Asier Villalibre, Unai Vencedor or Mikel Vesga and the disappearance of Raúl and Dani Garcia.

He again bet on the exact same eleven and Athletic returned to perform at a high level. Especially in the first half, in which Vencedor and Villalibre gave a good exhibition on how to play the always uncomfortable Getafe.

The first, he became owner and lord of the center of the field with an improper poise of a 20-year-old player. His calm at the time of getting the ball under the pressure of the Bordalás players was key when it came to getting revenue in the initial 45 minutes. Always with judgment, he connected very well with the next line and was also a good broom that swept every attempt from the blue box.

And secondly, Villalibre, whose nickname is very well coined. ‘El Búfalo’ was never daunted despite having experienced and strong men in front of him like the Uruguayan Damián Suárez or the Togolese Djené Dakonam. He was only in charge of fixing the defense of Getafe, who soon suffered in their flesh the success of the strong Athletic forward.

At nine minutes, paired with the Uruguayan Mauro Arambarri in a corner, he widely surpassed his pair at the exit of a corner and headed strongly a ball that touched Ángel Rodríguez and that ended up inside the net of the goal defended by David Soria. The 0-1 was a blow for Getafe, who always plays worse behind on the scoreboard.

The Bordalás team did not work. It seems that it lacks a couple of more creative than combative players. It may be one of the shortcomings of your staff. When he gets stuck in direct play, he is unable to make more than four hits in a row. And when he goes behind in the game, with the rival crouching behind, he gets smaller.

Still, he managed to get a chance. The Colombian Juan Camilo ‘Cucho’ Hernández had it, who picked up a ball from David Timor to stand in front of Unai Simón. Somewhat heeled, his shot met the Athletic goalkeeper. There was not much more news from Getafe, which before the break was saved from the second, in Vesga’s boots with a shot from outside the area that Soria stopped.

After the break, Bordalás removed Timor and removed the Uruguayan Erick Cabaco. He placed Togolese Djené Dakonam in midfield and instantly he found the best chance for his team with a shot at the post by Arambarri from outside the area. Getafe would not have a chance again until minute 76. At that time, hit a granite wall.

The hole was found by Angel, who tied with a tight shot from outside the area. The Getafe striker, effective as almost always, was right when the match seemed to be heading towards the defeat of his team. There was not much else, the clash went through the same paths, with no chances at all, and the distribution of points left both stuck in the center of the table.

Incidents: Match corresponding to the eleventh day of LaLiga Santander played behind closed doors at the Coliseum Alfonso Pérez in Getafe.