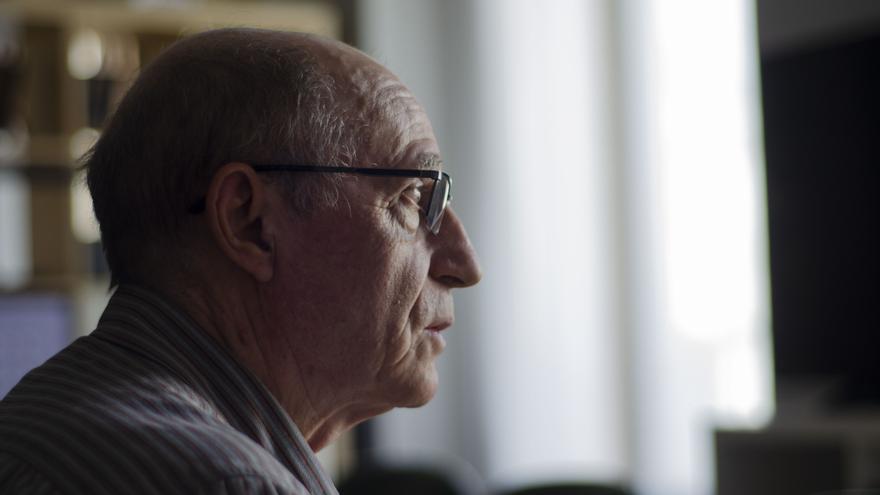 This Wednesday, the Prosecutor’s Office has withdrawn the accusation for cooperation with suicide against Ángel Hernández, the man who two years ago helped his wife, María José Carrasco, who suffered from end-stage multiple sclerosis, die. Ángel considers that “it was logical” that the accusation was withdrawn since the euthanasia law was approved on June 25. “Although I do not consider myself a criminal and, therefore, I am not afraid of trials,” he indicated in a telephone conversation with this newspaper, after hearing the news.

A news that Ángel and his legal representative have learned from the media, since they have not yet had access to the letter from the Prosecutor’s Office and, what is more, they had not even yet received the assignment of a criminal court, according to indicates his lawyer, Olatz Alberdi.

The case file is still being transferred from a gender violence court, where it had arrived when the Madrid judge who was investigating the case of María José’s death restrained herself in favor of a violence against women court. Finally though the oral trial was opened, that route was rejected and the file was returned. “Passing a folder from one court to another can easily take six months,” says Alberdi. The lawyer was waiting for the assignment of a new court to present a brief in the same line as that of the Prosecutor’s Office. “We were thinking of accepting the modification of the Penal Code, although the wording is a bit ambiguous, since it says that those who have followed the procedure indicated in the euthanasia law will be exempt from responsibility … but that Ángel could follow the procedure of the law euthanasia before that law existed was impossible, “he explains. “However, Ángel acted with all the precautions,” he adds.

The Prosecutor’s Office requested six months in jail for him but has withdrawn his accusation by retroactively applying the modification of the Penal Code that promotes the norm, because Ángel is “in the legally authorized case,” as indicated in a press release distributed by the State Attorney General’s Office. As the prosecution’s accusation is dissolved and there is no private accusation, the logical thing is for the judge to order the dismissal of the case requested by the Prosecutor’s Office. When this takes place, Ángel’s judicial journey will be over.

However, Ángel admits that he was “prepared to go to trial” and had “no fear” of him. “When I saw that the Popular Party the law appealed to the Constitutional Court, I got very angry, it seemed a shame to me. At that time I decided to use my right to have the last word in the trial to make an accusation to the PP of the Community of Madrid, “he explains.

Ángel goes back to 2018, when he asked for help from the regional social services to take care of María José while he underwent a hernia operation, which he had suffered precisely because of the care he had to give her. He requested a temporary residence that the Ministry of Social Policies denied him because it was necessary that a year had passed since a previous request (which he did not use), unless very exceptional circumstances concur. When Ángel was arrested for the alleged crime of assisting his wife’s suicide, he wrote a long letter denouncing the “helplessness” due to the “disastrous management in dependence” of the Madrid government. María José Carrasco spent eight years on a waiting list to get a place in a residence: first between 2009 and 2011, at which time they were granted a place but resigned, and from the next request, in 2013, and until his death in 2019.

“The behavior of the Community of Madrid in denying us a temporary residence so that I could have surgery accelerated María José’s illness, which was what led her to ask me for the worst, because it was an untenable situation for her,” says Ángel. “If María José had been allowed to go to a residence, I am sure that she could be living at the moment,” Angel adventure.

His lawyer explains that when the square was denied him in 2018, they prepared a lawsuit before an administrative litigation court to get them to give them that square, something that Alberdi was confident that they would have a path and they would achieve. “By having to go through all this, María José gets worse and is transferred to palliative care,” recalls the lawyer. At that moment, Ángel is convinced that María José has little to live and asks the lawyer to withdraw the lawsuit.

But it’s not like that. Ángel cares for his wife with extreme attention and dedication and, although her deterioration increases considerably, she will still live for a few more months, until she decides to put an end to her life. “2018 was a terrible year for María José and me,” recalls Ángel. “For all this, not only would I not have minded going to court but I would have loved it, I would have told everything,” he says.

María José had been diagnosed with the disease in 1989, and seven years later she was recognized as severely disabled. From that moment on, she needed help with everything. As multiple sclerosis progressed, her mobility progressively decreased and the pain increased to a point where it could not be relieved by medication. She consciously and repeatedly asked, even in the media, to end her life. Given the delay accumulated by the euthanasia law and its multiple legislative obstacles in 2017, she made the decision and ended her life, assisted by her husband, before a camera that recorded everything. “I had to help her because the situation was untenable for her,” she recalls.

“I will not forget this,” emphasizes Hernández, referring to the opposition of the Popular Party to the euthanasia law, which Ángel celebrates that it has finally been approved, a promise he had made to his partner. “María José and I have always been in favor of euthanasia, as a right. We were even if she had lived and had not been among the assumptions of the law,” he explains.

Ángel is aware that if there had not been “a progressive government” and “support from other progressive politicians in Congress,” the law would not have passed and he would have gone through a trial and probably would have been convicted.

At last, the right to a dignified death has made its way in Spain and inevitably the law is accompanied by faces whose history has accompanied the processing, María José’s and her husband’s are two of them. From now on, Ángel will be able to turn the page.

Tags: afraid, Angel, go to, had, Hernandez, judgment, not, prepared, To die, to help, wife