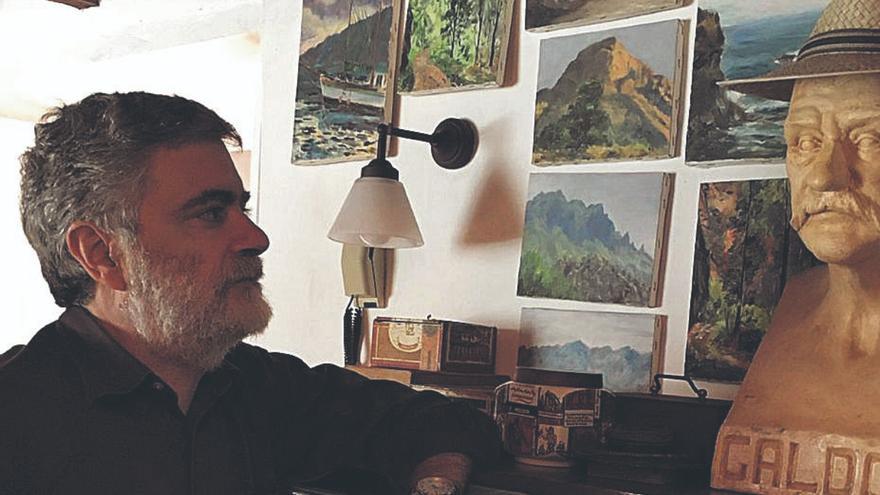 Rodríguez is aware that democracy is the best known political system, but he is concerned about the drift of the intransigence of many people who, with the best intention, firmly bet on just causes, but that there comes a time when they cross the red lines of common sense. “We are experiencing a kind of awakening of a new type of censorship. The rise of new censors and small inquisitions, well-intentioned, but inquisitions, after all, has to do with the fact that for decades the world is witnessing an erosion of what should be understood by living in freedom, It wears out and we lose perspective, ”he says.

And in this sense, he also observes with concern the degree of mediocrity that the political class has reached, in general, which for him is nothing more than a reflection of a society. “People often talk about politicians as if they had nothing to do with them, but they represent us because society is like that and they are children of the circumstances that the society in which we live is shaping. We want to see ourselves as far above them and politicians are at the height of what there is, just as the content and forms of television programs offer an image of who we really are, “he laments.

To show that freedom does not have to be eternal, Rodríguez recalls the “wonderful and terrible” book written by Stefan Zweig, The world of yesterday. In this work, the author tells what Vienna was like in his childhood and youth, at the beginning of the last century. It was a world in which they lived safely, in freedom, in harmony, and where there was no racism and the Jews were perfectly integrated. “It never occurred to anyone that that hell of a world was going to collapse one day, and it collapsed in a horrible way. That book opens your eyes, because the fact of living well and in freedom is misleading, because you come to believe that everything is permanent, “he warns.

And the pandemic, which has a symbolic value, showed us that as human beings we are fragile and that we are not safe from anything, nor are we the Kings of the Mambo, he says. “That is the great lesson of the pandemic, but people do not want to assimilate it, nor has it served to accept the flaws that are below the surface of social life,” he says.

On the future of humanity, he says that he is, at the same time, pessimistic and optimistic. «I am pessimistic if I contemplate things from afar and with an open mind, but then I am optimistic in the small, in the day to day, in dealing with the neighbor and with my students, in the daily and in the immediate. I believe in the goodness of people, but on the other hand I see the perversions that exist in humanity as a whole. By nature I am optimistic, but what happens is that reason slows me down ”, he explains.

His talk at the Pérez Galdós House-Museum is part of the series Writers who read Galdós. In it he will explain that Galdós seems to ruminate on something, as if he noticed the fragility of the moral and mental frameworks of his fellow men. “This attitude of observer makes us think of the compassionate lucidity of Cervantes and also of the slyness of the old artisans of the Canary Islands,” he details, while explaining that the attitude of the famous writer in the images reminds him of the one they maintained for centuries many generations of canaries. “The canary is characterized by being cautious and always has a point of irony, because it remains somewhat skeptical of the things that surround it. I think it is due to the condition of insular “, sentence.

Chat: ‘The look of Galdós’, by Anelio Rodríguez