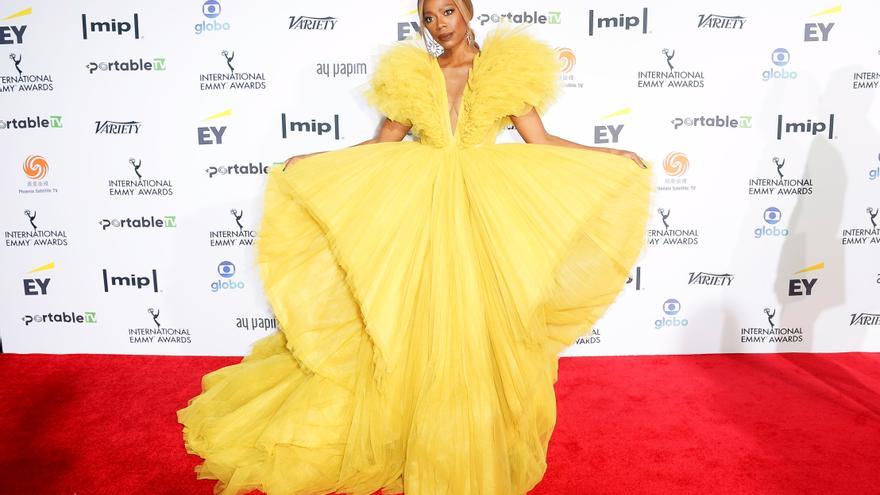 A varied edition of the International Emmy, the awards that recognize television programs produced outside the United States, They forgot this year about the Hispanic series, which were nominated in the main categories, among them the best drama and the best comedy, as they failed to win the awards.

Presented by the Nigerian American actress Yvonne Orji, one of the protagonists of the popular ‘Insecure’ series, this year the International Emmy were presented especially diverse, with 44 nominees in 11 categories from 24 different countries.

It was the first time, for example, in 49 years of this award, that Egypt was among the nominees, thanks to the role of the actress Menna shalay in ‘Every Week Has a Friday’.

An Israeli production, ‘Tehran’, a series that revolves around an agent of the Israeli intelligence agency Mossad infiltrated in Iran, she won the award for best drama, the most coveted of the night.

“It is not just a series of espionage, it’s also about understanding the human behind your enemy “said during her acceptance speech the creator and producer of the program, Dana Eden, who revealed that for her the program represents her hope for the future and that “the Iranians and Israelis may at some point work together as friends, not as enemies. ”

Meanwhile, the fourth season of the French program ‘Call My Agent’ Wins Best Comedy Award in a ceremony in which the International Emmy returned to the face-to-face format after having had to resort to the virtual world last year in a decaffeinated version of the event.

The award for best actress went to the British Hayley Squires, star of ‘Adult Material’, while the one for best actor also stayed in the United Kingdom when it was awarded to David Tennant, for his role in ‘Des’.

The luckiest countries were the United Kingdom and France, which accumulated three and two awards respectively, while the rest were distributed among New Zealand, Thailand, Norway, China and Israel.

The weight that the International Emmys are gaining, driven by the “blockbusters” on entertainment platforms such as’The Money Heist‘(Spain) or’ The squid game ‘(South Korea), was evident in the quality of the artists who came to deliver the awards.

Among them, the British actor Brian cox, the Canadian-American Joshua jackson and the American actress and model Vanessa williams or the British of Nigerian origin Chiké Okonkwo.

Several were the Hispanic nominations that did not lead to an award, among them the best actress for the Spanish Ane Gabarain, for its role in ‘Homeland’, the series based on the successful novel by Fernando Aramburu of the same name.

Despite running out of the statuette, Gabarain was very grateful for the International Emmy nomination.

Meanwhile, the Colombian Christian Tappán, nominated in the category of best actor for ‘The theft of the century’He told EFE what the International Emmy would have meant for him.

“It would be like the purpose of so many years of work. Internationally, they do not know that I was a child actor, that I have been working on television for 40 years. It would be a very nice intermediate in my career that would represent a ‘well done’, “he said.

In other categories, the best documentary was for ‘Hope Frozen: A Quest to Live Twice’, from Thailand, the best soap opera ‘The Song of Glory’ (China), the best artistic program was for ‘Kubrick By Kubrick’ (France) , the unscripted entertainment program went to ‘The Masked Singer’, UK, and the best miniseries went to ‘Atlantic Crossing’.