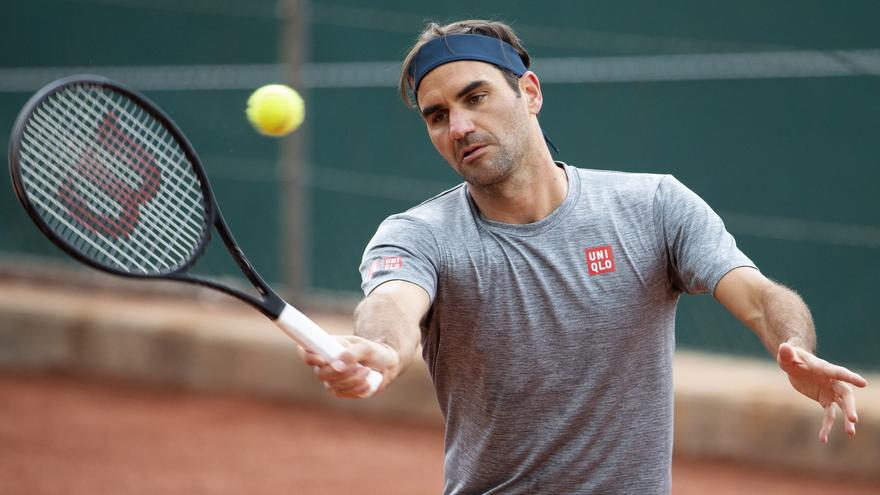 Swiss Roger Federer, number eight in the world, fell 6-4, 4-6 and 6-4 against the Spanish Pablo Andújar (75) on his return to the slopes, at the Geneva tournament, after being unemployed for more than two months due to a double operation on his right knee.

Federer, 39, winner of 20 Grand Slam tournaments, played his last official match on March 11 in the quarterfinals of the ATP 250 from Doha, where he lost to the Georgian Nikoloz Basilashvili.

This Tuesday’s game, the first for the Swiss on clay since he lost to the Spanish Rafael Nadal in the semifinals of Roland Garros 2019, started with maximum equality in the first games.

Andújar, true to his style, was very consistent from the bottom of the track and It was a wall for the Swiss tennis player, who showed the lack of rhythm and sometimes showed signs of a certain slowness.

As the first set progressed, Andújar was very comfortable in the match and, on the contrary, Federer was not fine at serve, since he only registered 40% of first services compared to 72% of the Spanish.

Andújar, who was very decisive on serve without giving Federer any option, managed to break the swiss service in the tenth game and closed the first set at 6-4.

The second set began with a more intense and aggressive version of Federer, especially the rest, with which he managed to break Andújar’s second serve and put the 2-1 in his favor. The Swiss increased the intensity and his backhand began to work against Andújar who was very fierce, but could not prevent the second set ending 6-4 in favor of the Swiss.

In the third set, Federer went from more to less. On the contrary, Andújar began it with symptoms of fatigue, which led to not being as successful in his strokes and committing a greater number of unforced errors.

The final stretch of the game changed radically, since Andújar broke Federer’s serve twice to close the third set with a 6-4.

The Spaniard got his fifth victory against a ‘top 10’. The last one was against his compatriot David Ferrer (No. 8) in the semifinals of Barcelona in 2015.

The Italian also advanced in the round Fabio Fognini, sixth seed, who defeated Argentine Guido Pella (6-2 and 6-2) and will face Serbian Laslo Djere in the second round, who defeated Brazilian Thiago Monteiro 7-6 (7), 3-6 and 5-7.

The Uruguayan Pablo Cuevas He beat American Reilly Opelka 7-6 (5) 6-2 and will face Frenchman Arthur Cazaux in the round of 16.

The big surprise of the day had the signature of the Swiss Dominic Stricker, number 419 in the world, who beat Croatian Marin Cilic 7-6 (5) and 6-1) and in the second round he will face Hungarian Marton Fucsovics.