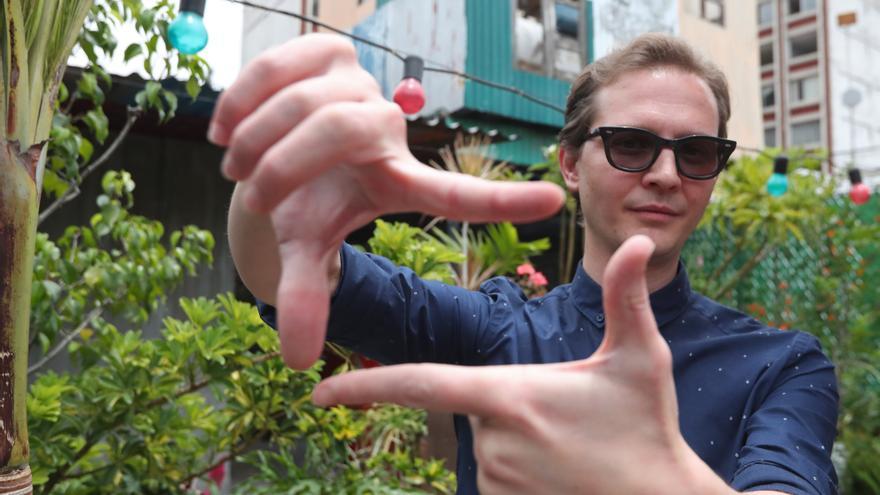 Mexico City, Jun 23 (EFE) .- Mexican director Andrés Kaiser began his journey as a writer at the hands of the renowned Mexican journalist and novelist Vicente Leñero, now deceased. From his voice he heard the story of the Convent of Santa María de la Resurrección, which gave rise to his directorial debut “Feral”.

“Feral ‘means fierce, it comes from Latin and from the biological point of view every feral organism is any organism that has not been domesticated by man. Wild dogs are feral, it is to return to all this savagery that is atrocious and ferocious”, Kaiser responds in an interview with Efe about the film that hits theaters on July 2.

With a fictionalized documentary look, Kaiser delves into the story of Juan Felipe de Jesús, one of the monks who lived a psychoanalytic experience inside the aforementioned Convent located in the Mexican city of Cuernavaca -centre of the country- that forced them to leave the monastery for putting faith at risk, according to the Vatican.

“It was a process of imagining what had happened to the monks after an experience of interrupted faith. To say what happened to one of them? An anonymous monk who decides to continue by himself on the mountain and there he meets not with God, that It would be the supernatural, but with the real, with the wild, with the earthly “, narrates Kaiser.

This blow to reality will be the three abandoned wild children he meets, whose isolation and abandonment has kept them in total darkness and the ability to relate to others.

Inspired by the book “Lord of the Flies” by William Golding and his fascination with the subject of wild children, Kaiser explores “the mystery of humanity itself”, bringing together the ideas of religion, savagery and psychoanalysis.

Also it was informed with the book of Fernando M. González “Crisis of faith”, in which it speaks of the event lived in this convent.

“It was a completely experiential process. For the creation of Juan Felipe I went back to attend church, I again lived the catholic rite of every eight days as a good parishioner and I had to do a great research about the Benedictine monks in Mexico. I have a relative who is a priest and I was able to be very in contact with him and I took many parts of him, “he recalls.

He also lived a “trip to the past”, to the 80s and assures that it was a “wonderful and tortuous” experience.

Additionally, the three children who are also a pivotal piece of history were chosen out of 100 who took various body language courses.

The filming of the film had a complex process by presenting various image formats on the screen, the documentary part of the narrator, as well as the videos that the monk recorded of his experiments.

“A lot of attention was paid to the script, I experimented with many versions and once it was ready and narratively good so that the reader could experience it as a good story, I was ready to shoot, but that’s where the whole discussion of how and what cameras were needed comes in. “recalls the director.

These cameras were a Betacam from the “reporter, intact” era, a Blackmagic pocket with 16mm optics and the Arri Alexa to tell the documentary.

“It was a multi-format series that had an analog format post-production to emulate this digital series along with the texture of analog,” explains Kaiser.

The director continues to work in genre cinema and will continue to touch on themes such as religion in his next productions.