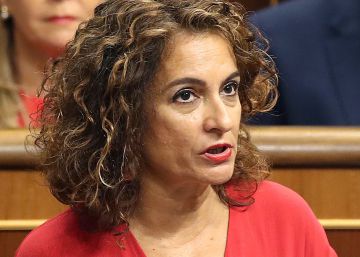 The Ministry of Finance has informed the Junta de Andalucía that next year it will not be able to obtain financing in the markets for having breached the objective of stability, public debt and spending rule in the year 2018, when the Board was held by Susana Diaz The community will have to resort to the Autonomous Liquidity Fund and will have to make adjustments, the letter says. This is a document that the Ministry sends to all communities that fail to comply with the budgetary objectives, as established by the Budget Stability Law.

In this case, there is the circumstance that the Ministry of Finance is directed by María Jesús Montero, who in 2018 was responsible for the accounts of the Andalusian Executive. In any case, as established by the Budget Stability Law, the Government informs the Board that it will not be able to obtain financing from the financial markets for having breached the objective of stability, public debt and spending rule in 2018. In addition, it asks the Government to The popular Juan Manuel Moreno is now chairing, an "adjustment plan that includes measures that guarantee the fulfillment of the stability and public debt objectives and that is consistent with its economic-financial plan."

The letter is dated December 5 and signed by the Secretary General of Autonomous and Local Financing of the Ministry of Finance, Diego Martínez, to his Andalusian counterpart, Ignacio José Méndez Cortegano. The document was sent one week before the Andalusian Parliament approved the Budget for 2020 with the votes of PP, Cs and Vox. As established by the Stability Law, these accounts are aimed at achieving the zero deficit, that is, that the community cannot spend more than it enters.

In 2018, the objective of stability, public debt and spending rule was breached, according to the report on the degree of compliance with the objective of budgetary stability, public debt and spending rule for 2018, a report that dates from 25 of October 2019. Therefore, the letter continues, Andalusia "does not meet the requirements set forth in article 15.1 of Royal Decree-Law 17/2014 to join the Financial Facility compartment in 2020, so it will correspond, where appropriate, adhere to the Autonomous Liquidity Fund (FLA) 2020 compartment and the financial and fiscal conditions provided for in articles 24 to 27 of the aforementioned Royal Decree-law shall apply. "

In addition, the Treasury claims that the Board demands an "adjustment plan" with measures that guarantee the fulfillment of the stability objectives and a written document with an estimate of the amount of money it will need for its financing by 2020, in order to request Andalusia's accession to the FLA.

The Andalusian Government, through the mouth of its Minister of Finance, Industry and Energy, Juan Bravo, has already responded to the Government's letter, which it has described as "intervention" of the regional accounts, ensuring that it will not make adjustments in health or dependence or going to "reverse" the tax cuts that has been undertaken in the community. Bravo has pointed out that the accounts prepared by Montero for 2018 made Andalusia "the only community in Spain that did not comply with any of the three fiscal rules, the deficit, the debt and the spending." However, he affirmed that there is a "margin of negotiation" with the Ministry and that the Board is not going to "stand still" and will "try to defend" its position.

Andalusia is today a model of stability and rigor, but the acting Government of Pedro Sánchez intervenes in our financing and demands cuts for the inherited deficit. We expect a rectification of this arbitrary measure that threatens our autonomy. pic.twitter.com/XLko1O4US3

The Independent Authority of Fiscal Responsibility (Airef) had already recommended to the Junta de Andalucía a week before the approval of the Budget of the Autonomous Community for 2020 the "postponement of the implementation of the proposed new tax reduction measures" or the "other actions that favor compliance with the expenditure rule, offsetting the impact of the loss of revenue from measures taken".