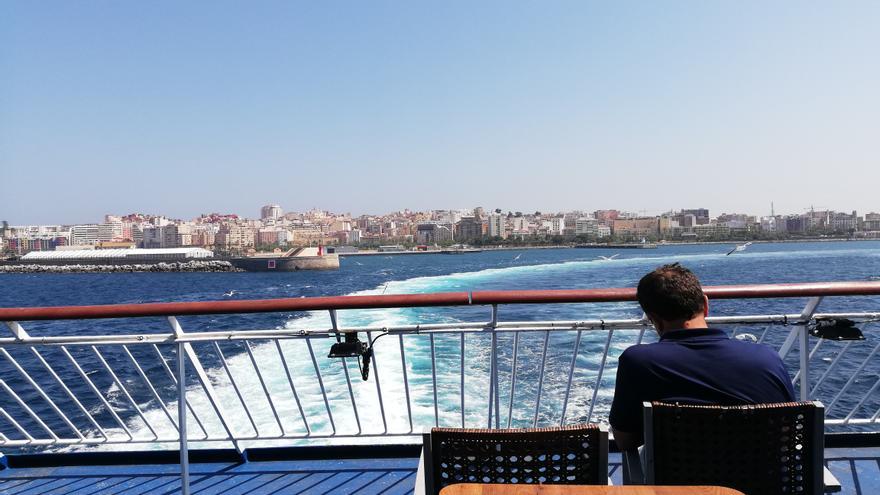 Ceuta is the only Spanish region that only has a connection with an autonomy. With the Moroccan border closed to the ground since March 13, from the North African city you can only reach Andalusia, by boat or helicopter. The Board has done this week what the local Executive failed to do: close the connections except for a “documented reason”, by prohibiting all idle mobility between both sides of the Strait of Gibraltar Until the 9 of november.

Without this decision by Juanma Moreno, the Ceutí government chaired by Juan Vivas would have become the only one, along with Madrid’s, in favor of cloistering its population “except for just cause” only the next two weekends, despite that the pandemic has been spreading without restraint for two months.

Vivas established on Tuesday in a decree drawn up “without political, partisan or electoral criteria,” he said, and adhering to the recommendations of the Committee of Experts that advises him – whose names he refused to reveal – and established that it would not be possible to enter or leave out of town on weekends. Nor has it tightened the night ‘curfew’ (from 11:00 p.m. to 6:00 a.m.) or the maximum number of non-cohabitants (6) that can meet.

“If we do not limit mobility and the population does not comply with the basic measures, there will be no progress,” warns Julián Domínguez, head of Preventive Medicine at the local University Hospital, whose COVID isolation area in the emergency room is filled “daily.” Like the president of Ceuta, the epidemiologist fears the “collapse” of the Intensive Care Unit (ICU) if in “two or three weeks” the unstoppable rise in the contagion curve does not bend, out of control since the return of the Summer Vacation.

The Minister of Health, Salvador Illa, came to put the management of the pandemic in Ceuta, with 85,000 inhabitants, as an example for the rest of Spain during the first state of alarm. Between March and the end of August, the 74 active cases were never exceeded and there were four deaths. Since then the crisis has produced worse figures every day than the previous one, with up to 75 confirmed infected in just 24 hours.

In just 60 days the Ministry of Health (competent in healthcare through INGESA) and the local Administration (which manages the Public Health area and carries the burden of tracking) have detected almost 1,200 infections (248 in the first five months and medium) and seventeen fatalities (six since Sunday, the last this Thursday).

Ceuta has exceeded all indicators of “extreme risk”: the incidence rate of COVID-19 during the last 14 days is close to 600 cases per 100,000 inhabitants, 41% of ICU beds and 18% of those in hospital Its only Hospital is occupied by patients with coronavirus and the positivity rate of the PCR tests carried out (less than anywhere, as Vivas continues to regret) is 36%.

Although they never do so in public or have demanded it in writing, experts have been calling for drastic restrictions on social activity for two months and a tougher hand on noncompliants, who accumulate almost 6,000 fines in 8 months, especially for not wearing a mask. On the other hand, the Ceuta government receives pressure from the powerful hospitality sector and reproaches from Vox, which this week has cried out at the Board of Spokespersons against the restrictions that “suffocate” the local economy, which without cross-border trade depends on the public sector (50 % of the active population) and Services.

In its last attempt to maintain balance, the Executive of Vivas has wanted to close Ceuta only on weekends, when, according to the diagnosis, it can be more effective in avoiding “expendable trips” linked to the exodus that, every Friday and above all the “bridges”, occurs towards the Andalusian coast, especially of public employees.

“At this time of year”, sources from the local Executive have explained, “the movement towards Algeciras or Malaga during working hours is minimal and can be ethically reprehensible but unavoidable, since mainly agents of the Security Forces or military travel to whom maritime transport is almost free, and they travel for work or residence reasons considered as valid excuses to do so in this second state of alarm “.

From this point of view, the decision of the Junta de Andalucía to close its territory on the perimeter at least until November 9 and to confine three provinces within it has come to do ‘dirty work’ to the Autonomous City, that it has “asked” its population not to move “if it is not essential.”

Ceuta’s travel agencies noticed this Thursday “more movement” than any other, although “less than what made them fear the notice of closure of Andalusia from Friday knowing that it will always be possible to return on Monday or Tuesday while residing in the city” , they report.

In any case, the Autonomous Administration has warned those who risk boarding or flying in spite of everything that “after the first control at the port or heliport, another will have to be passed when arriving in Andalusia, in which it will be necessary to document documentary evidence. the reason for the trip so as not to be forced to return, and even a third check if it is intended, for example, to reach Seville “.

If the current confinement framework does not work either, the experts propose, before returning to home confinement, two alternatives. One, require all those who intend to arrive in Ceuta an antigen test (“affordable and useful, unlike PCR, as a screening method”) with a negative result performed before boarding. The second, a “drastic” restriction on the operations of shipping companies, which ordinarily make 20 daily rotations with Algeciras.