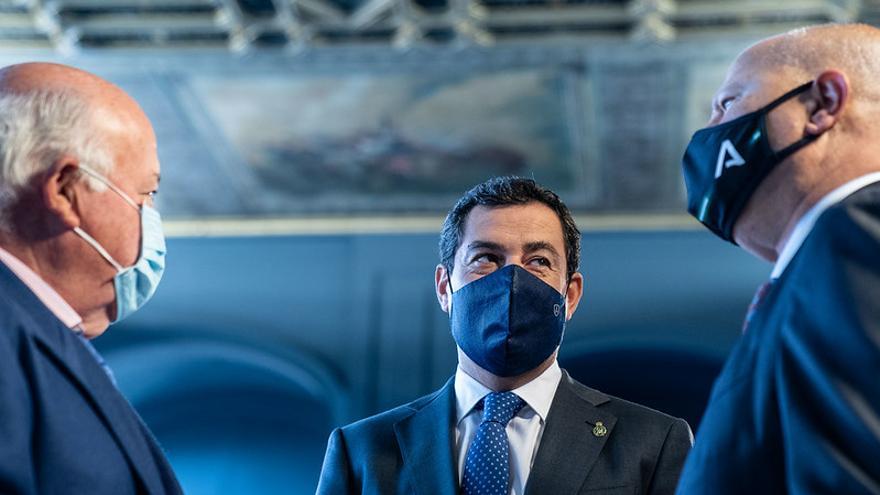 Andalusia has an average hospital occupancy of 70% and it will not lower its guard. The president of the Board, Juanma Moreno Bonilla, has just confirmed a two-week extension of the mobility restrictions approved 14 days ago to consolidate the downward trend in coronavirus infections and oxygenate hospital pressure. The perimeter closure that affects the entire community and each of its municipalities – preventing its neighbors from leaving except due to force majeure – will be extended until next December 10, thus sacrificing the Constitution bridge with which the tourism sector he hoped to reactivate his income.

The objective of the Board now is “to save the Christmas campaign”, but the Andalusian president has not made any concessions to optimism this Sunday, on the contrary, he has crushed with the idea that these holidays “will not be like last year” , that family gatherings are “the main source of contagion”, and that the limit of six people for each meeting will probably remain in effect during Christmas. The Board has made restrictions on the hospitality sector more flexible, allowing bars and restaurants to be able to open for customers to pick up orders until 9:30 p.m. (both for distribution companies and individuals). Toy stores, thinking about the Christmas campaign, may open until 8:00 p.m.

“I would like nothing more than to lift limitations on mobility, but the figures have not improved that much. They are bad, they are above the average for Spain and in some provinces they are worse. The advice of the experts is that the measures continue” , emphasizes Moreno.

The curfew is also extended throughout the territory: all non-essential businesses, including the hospitality industry, will continue to close at 6:00 p.m., and the movement of people in public spaces will be prohibited (and fined) between 10:00 p.m. and Seven in the morning. The capital of Granada and its metropolitan area, with an incidence of 800 cases per 100,000 inhabitants – double the national average – maintains the “total closure”, although it is made more flexible in other health districts of the province, which may open until 6:00 p.m. like the rest of Andalusia. The epidemiological situation in the capital of Granada is worse, and the committee of experts will do a special monitoring of this demarcation to evaluate whether it is possible to relax the limitations before those 15 days (every six days).

The committee of health experts, meeting this Sunday with the Andalusian president and other members of his cabinet, has advised maintaining the same measures that have been in force for 14 days, seeing that in this time it has been possible to “stabilize” the rate of infections -a average of 3,500 daily, coming from about 5,500 two weeks ago-, however, the hospital pressure is still “very high”.

20% of the beds in hospitals in Andalusia are occupied by patients with coronavirus, and the remaining 50% are patients with other pathologies. The Board maintains that with that margin of 30% of empty beds, the health system is still far from “collapsing.” However, the cold data does not reflect another reality that the health unions are denouncing: the availability of beds at this time also has to do with the fact that the Ministry of Health has suspended all operations, tests and diagnoses that are not considered urgent -including in the oncological area-. The number of patients admitted to the ICU has also decreased, but at the same rate as the number of fatalities has increased.

Moreno’s appearance has coincided with a good balance of data from those affected in the last 24 hours. Health has reported this Sunday 220 patients admitted for Covid-19 less than in the previous day, the largest decrease since the cases of the pandemic were counted. The total number of hospitalized patients is 2,727 patients with coronavirus, 505 in the ICUs (the maximum peak of the first wave was 2,727 admitted and 438 in the ICUs). The number of infections reported this Sunday is 2,490, also below the average number of cases in the last week, which was around 3,500 a day. The death toll has added another 18 fatalities (on Saturday there were 50).

Seville and Granada are the provinces with the most contagions recorded daily and with the most deaths, 16 more in the Andalusian capital this Saturday and ten more in the Nasrid city. Since the pandemic data was recorded last March, 97,309 Andalusians who were infected with the virus have been recovered (an average of 2,000 daily). Moreno has demanded that the central government enact regulations that allow communities to tighten restrictions, for example, extend the time slot of the curfew or order the home confinement of Andalusians. On this last point, the president of the Board has revealed that this option “would have been necessary” in some health districts of Granada.

Finally, Moreno has advanced that, in case the contagion curve does not decline at Christmas, the Board will enable permits or safe-conduct so that Andalusians living outside Andalusia can visit their families, bypassing the perimeter closure that prevents mobility between communities.