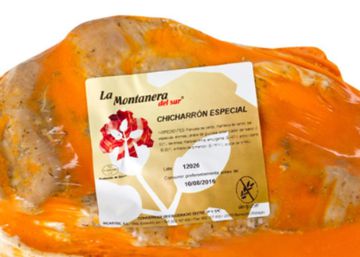 The Junta de Andalucía has activated its third health alert for listeria. This time it is extended to all La Montanera del Sur brand products, which Incarybe SL produces and is domiciled in the Malaga municipality of Benaoján. The product that has tested positive in the provisional analysis is its special pork rind, but the Andalusian Government has decided, as a precaution, to immobilize all the products of the company, which has voluntarily paralyzed its production.

On September 6, the Andalusian Health Minister, Jesús Aguirre, reported the activation of another alert on the meat flavored Sabores de Paterna, in the province of Cádiz, which hours later was extended to all the food he manufactured. On August 15 the first envelope had been decreed The Mechá meatloaf, produced by Magrudis, the cause of the largest listeria outbreak in Spain.

The positive sample was taken last Friday by Board inspectors. That same day, seven people from the same Palencia family went to the Costa del Sol Hospital in Marbella with symptoms of food poisoning. Everyone had consumed that type of pork rinds in a restaurant in Ronda on September 4. One of those people, a 47-year-old male, has tested positive for listeria, three negative and the rest are awaiting the results.

The Ministry of Health has not specified how many batches of that pork rind are in the market or in which provinces have been distributed. Nor how many tests have been performed or how many products. The positive results of the samples that were taken in the Incarybe factory and in the restaurant premises were known this morning at two in the afternoon. The Minister of Health personally called the acting Minister of Health, María Luisa Carcedo, to inform him of the activation of the new alert. The Board has sent the samples of the strain to the National Center for Microbiology of the Carlos III Institute to analyze the origin.

The patient who has tested positive resides in England, where he moved after testing and starting treatment. Upon knowing the results, he went to a health center where he is hospitalized. His wife is also admitted, although her analyzes have not tested positive. The Andalusian Government was aware of the result of the family analysis on September 10.

The Andalusian Board carried out the last inspection of the company last December, although the company is not registered in the Register of Agrifood Industries of the Ministry of Agriculture, which is mandatory for these types of meat industries. On its website, the Melgar Group (to which La Montonera del Sur belongs), announces pork rinds and sausages such as chorizo ​​and sausage. The new alert is known the same day that the National Center for Microbiology of the Carlos III Institute has transferred to the Board the analyzes on the strain found in the Sabores de Paterna factory. Preliminary results determine that the strains are different.

The outbreak caused by Magrudis has affected a total of 214 people in Andalusia, and has caused three deaths and seven abortions, all in that community, except one in Madrid. It is investigated if the death of a man in Granada caused by listeria is related to that strain.