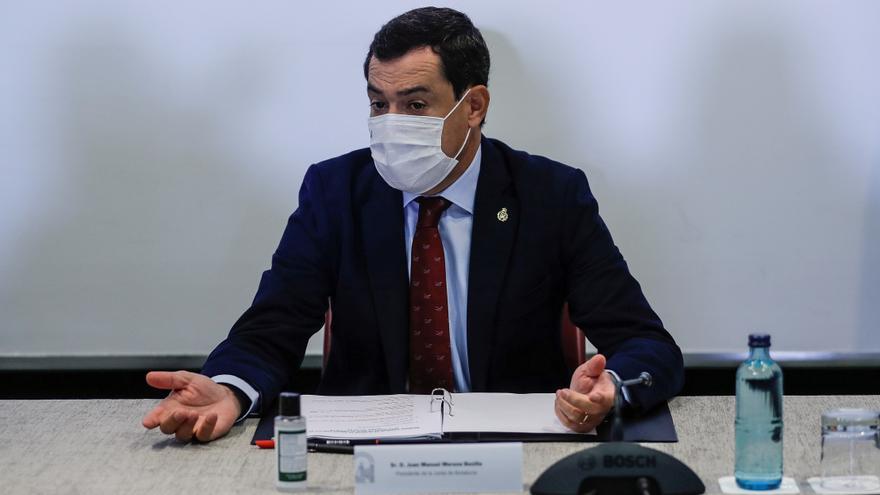 The 778 municipalities of Andalusia will be closed on the perimeter for the next two weeks, from midnight on Monday 9 to Tuesday 10 November, and it will only be possible to enter or leave them with just cause, as announced at noon of this Sunday the president of the Board, Juanma Moreno. Among other measures, which will last until November 23, the closure of all non-essential activities has been determined from 6:00 p.m. in any Andalusian municipality, except for Granada, where the closure of any type of activity has been determined non-essential, including bars and restaurants, as the province presents an incidence level of more than a thousand cases of Covid-19 per 100,000 inhabitants, a “critical” situation and that would lead to a “serious danger of sanitary collapse” if they are not adopted new restrictive measures.

Moreno has also reported that in Andalusia the so-called ‘curfew’ will be advanced at 10 p.m. and will be delayed until 7 a.m., extending by one hour what had been established for a large part of the Andalusian population eleven days ago. The new restrictions will be detailed in an extraordinary official bulletin to be published this Monday.

In addition, as had already been announced during the week, the schools and institutes will remain open, but the universities will not be able to hold face-to-face classes, except for practical or experimental cases, according to Moreno. They are “very complex” measures, but “we take them to save lives and because there is no other alternative,” the president said after the meeting of the Advisory Committee on High Impact Public Health Alerts (committee of experts).

The measures taken eleven days ago “seem to be beginning to have a controversial effect, but it is not enough.” Andalusia has 3,151 people hospitalized, 455 of them in the ICU, according to the latest data. The average number of infections is “slightly above the average for Spain in the last 14 days”, and “we must continue to act because difficult times are coming”, warning Moreno that “the confluence with the flu could have fatal consequences” and “there are We must continue taking measures to avoid saturating the hospitals. Moreno has again called for prudence, mainly young people.