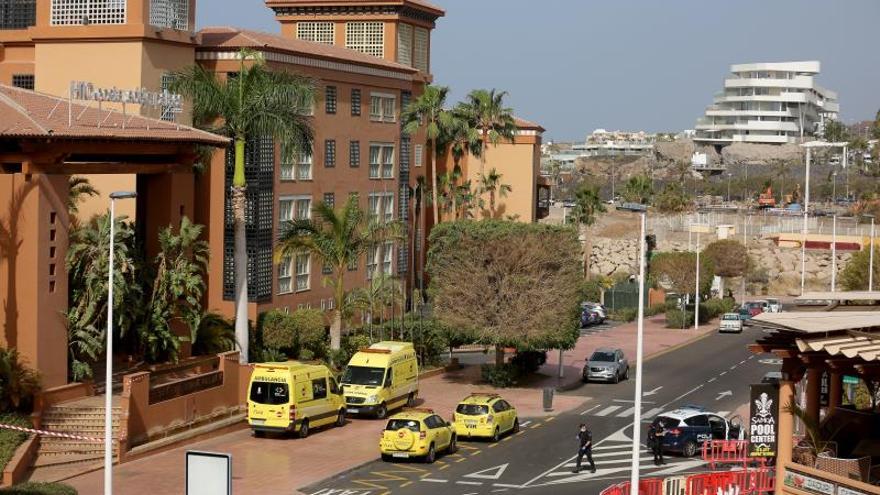 It was late at night on January 31 when the National Center for Microbiology confirmed the first case of coronavirus in Spain, that of a German tourist on the Canary island of La Gomera; Since then, a dramatic spiral began to take shape, which seems to be the end of the long-awaited vaccines.

Just a month before that date, authorities in the Chinese city of Wuhan had reported 27 cases of unknown pneumonia after visiting the live animal market in that town and a few days later the culprit of the infection was named, the Sars-Cov-2.

In that month of January, from the Ministry of Health with a newly arrived minister, Salvador Illa, and the director of the Center for the Coordination of Health Alerts and Emergencies (CCAES), Fernando Simón, it was ensured that the risk of the new coronavirus arriving Spain was “very low” and that if it did, the country would be prepared “to act in the event of any eventuality.”

The opinion of Health was then shared by the main medical societies and experts in infectious diseases.

However, and after ruling out several cases, on January 30, the Canary Islands isolated a group of German citizens at the La Gomera Hospital, on the recommendation of the German Government, after two of them were in contact before traveling to the island with a positive.

The Canary Islands Ministry of Health activated the relevant protocol and sent the samples to the National Microbiology Center, dependent on the Carlos III Health Institute. None of them showed symptoms.

A day later, on January 31, the eyes were also on the Canary Island, in Madrid, specifically at the Torrejón de Ardoz air base, where the first plane with Spaniards repatriated from Wuhan was scheduled to land, most of them were coaches who work for the local Wuhan Three Towns soccer team.

From the Madrid airfield, the Spaniards were transferred to the Gómez Ulla Military Hospital in the capital, where they were to spend a fourteen-day quarantine. None of them tested positive at that time.

And it was the night of that Friday, January 31, just a year ago tomorrow, when it was known that one of the group of German tourists who were in quarantine at the La Gomera hospital had tested positive, becoming the first case of coronavirus in Spain.

The first of the more than 2.7 million cases that have since been diagnosed in Spain, a country that became one of the worst hit during the first wave of the pandemic.

It was the Canary Islands Health Council that initially reported the results of the analysis of the German citizen.

The next day, the director of the CCAES appeared and explained that the German tourist had “a slight picture.” The health authorities began to follow up with the people with whom he could have had contact during his stay on the island, as well as with whom he had met on his way there.

The head of the Epidemiology service of the Canarian Health Service, Domingo Núñez, together with the Canarian president, Ángel Victor Torres, and the Minister of Health, Teresa Cruz, informed that the rest of the group in quarantine was still asymptomatic and under observation.

The German citizen was discharged on February 13 and his colleagues never tested positive.

But days before it had been given by a British citizen residing in Mallorca, which was the second case of coronavirus in the country. It was infected in France and had a low viral load, as reported by the health authorities at the time.

This second case did not imply an increase for Health of the risk in the country since both this and La Gomera were imported cases and both had “similar features”, according to Simón.

In those days, specifically also on February 13, although it would be known almost a month later, on March 3, the first death from covid occurred in the country. It was the first of the more than 57,000 deaths that have been reported so far in Spain from the virus.

All of this was followed by the hard months of the pandemic, with a first ruthless wave, which was followed by two others, the last of which is hitting hard this January, coinciding with the start of the vaccination campaign, that fired the starting gun on December 27.

A vaccination campaign that has already run into the first obstacles due to the delay in the arrival of more doses, which will now have to be managed by the new Minister of Health, Carolina Darias, together with the autonomies, although this has already ensured, in his first appearances, that the campaign “progresses at a good pace” and maintains the forecast that in summer 70% of the population in Spain will have been immunized.