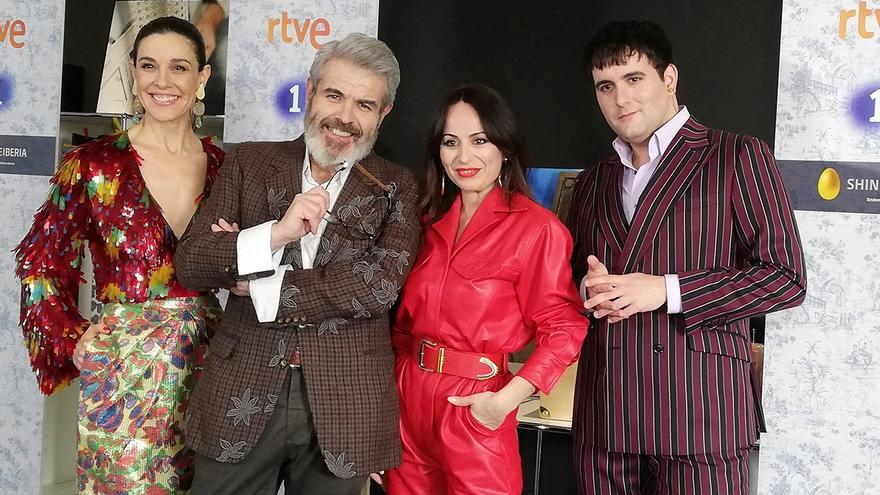 Madrid, March 23 (EFE) .- With emotion on the surface, the semifinal of the "talent" began with a spectacular entry by Josie. The popular stylist walked through the workshop as a great diva at the Met Gala in New York, wearing robotic armor, in a program that has led Ancor, Yelimar, Lluís and Gabriel to the final.

"We are very nervous and anything can happen," said Lorenzo Caprile as soon as the program began, in which he recounted his two experiences as a guest at the Met Gala in New York, where he still remembers the impression that Diana de Gales, present at the 1995 gala. "What a woman!" said the dressmaker.

An exclusive event in which another of the judges, Alejandro Palomo, exhibited two of his dresses at last year's exhibition. "One of the most beautiful things that have happened to me."

The Met Gala is the charity event that kicks off the annual fashion exhibition of the Dress Institute of the Metropolitan Museum of Art in New York, and that every year brings together the best of the world of entertainment and fashion.

Its celebration has been the axis on which the first test has been structured in which the apprentices have had to make a night model of no more than 60 euros to attend that appointment.

A test that Caprile joined, who spent 18 euros of the budget and with 78 euros, presented a red super cape and a sequined dress. "I can't believe it, they are extraterrestrial," Ancor said, referring to the judges, when seeing the result and the time in which it had been made, which was also reduced when the budget was exceeded.

However, Lluís was unable to present her dress due to lack of time, a disappointment for the judges who were surprised by Laura's proposal, which showed that she had reached the semifinal "because I have worked it out."

The visit to designer Marcos Luengo's workshop led directly to the final only Ancor, despite the fact that the intention was for several contestants to agree after making two of the "looks" for the spring-summer 2020 collection, which the designer Asturian presented at the Mercedes-Benz Fashion Week in Madrid. "I can't even believe it," said the apprentice upon hearing his name.

In the team event, the judges recommended "peace and quiet" to achieve their goal, to reach the final. "I do not want fights," said Palomo in reference to those of the previous week. Lluís, however, did not hesitate to face the judges, who reproached his team for the slowness with which they worked.

"Our pulse is not going to shake if we have to send the five of you to the expulsion test," Caprile snapped, jokingly describing Lluís as the "most unruly" apprentice in the workshop.

Luckily for them, Marcos Luengo and Isidro, their workshop manager, were in charge of giving them the last push to finish the garments.

"The thing about this test has been shameful, the three of us are outraged. We are extremely angry," Caprile said at the end, when he saw that the pieces of the apprentices did not meet a minimum quality.

A luxury guest, Loles León, came to the workshop to relax the atmosphere and present the test dedicated to Spanish cinema in which the contestants had to replicate a design from the films "The girl of your eyes", "Ágora", "Belle Epoque "and" The witches of Zugarramundi ".

Finally, the light came on and Gabriel surprised the judges with his interpretation of the costumes for "Ágora"; while Caprile defined Lluís's work on the costumes of "Belle Epoque" as "impressive" and all pointed to Yelimar's meticulousness in recreating a tunic from "The witches of Zugarramundi".

Laura's confusion when it came to interpreting the patterns, prevented her from finishing the wardrobe that had been assigned to her, and her name sounded like goodbye one step from the final.

"It's like when you knock on the door and they don't open it. I'm sad, but happy to have gotten here. I've had a great time," said Laura before leaving between smiles and tears, sadly, but with good humor.

"The workshop wouldn't have been the same without you," Palomo told him before leaving the program.

The inflationary triennium will endorse 26,000 million of extra spending on pensions to the State