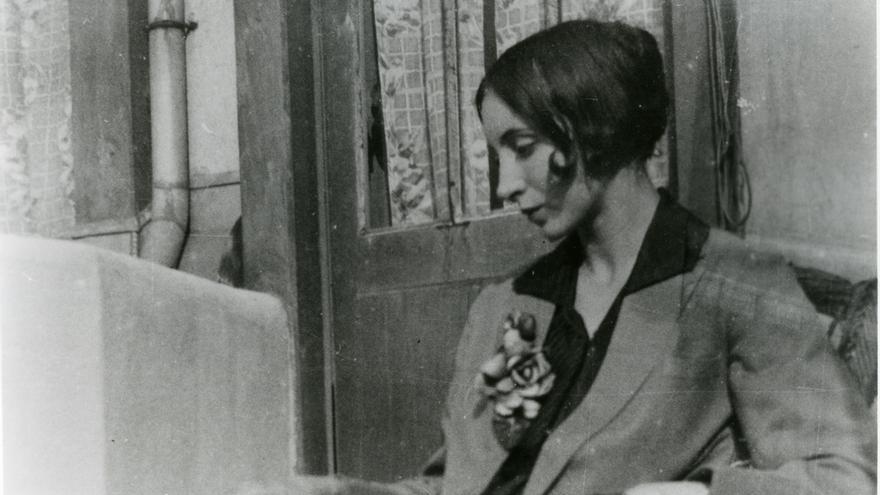 The work of the writer Anaïs Nin seems inexhaustible. From the depths of the hundreds of boxes in his archive, kept at the University of California, there are epistolary books, different editions of newspapers or unpublished literature, at least in Spanish. It is the case of The lost timelessness and other tales (Lumen), 16 short stories that the author wrote between 1929 and 1930, that is, when she was between 27 and 28 years old, and that she only agreed to publish at the end of her life.

None of these stories saw the light at that time and were unanimously rejected by different literary agents, magazines and publishers, including the Shakespeare and Company bookstore and press. "Perhaps they were rejected because formally they were unconventional and almost devoid of plot, and because of the lack of sociological and material details," writes Allison Pease, author of gender studies and Modernism, in the foreword, or perhaps because she had "very few literary contacts. ", he suggests. They are works of youth in which the Anaïs Nin to come is already being projected, so reading them in this light, from today's perspective, is exciting. Nin would not have any success until, fifteen years later, she published another compilation of stories, In a bell jar.

The use of symbols and the recurrence to the dreamlike, precursors of the symbolic thought of the later narrative of the author and how important it would be from the moment in which she comes into contact with psychoanalysis, already appears in this new publication. We find her need to escape - "I want to find a world that agrees with me," she writes - and to search for herself. To reconcile two parts of her own being that, like two strangers, make her divided, lost: the public self and the private self. In some stories, unresolved sexual tension is the engine of the narratives that pushes the characters to reveal what they are or how they think inside.

This transitional state, where the plot places the protagonists, is on many occasions the moment of initiation into adult life. And often, literature serves as a gateway to the world, as Nin did in those years with the profound reader of DH Lawrence, the author of Lady Chatterley's lover, to whom he dedicated his first book: DH Lawrence: An Unprofessional Study (1932). Literarily at that time she felt influenced by Marcel Proust, André Gide, the diaries of Katherine Mansfield and the surrealism that was developing at the same time.

In those years of the passing of the decade, Anaïs had already been married for seven years to a banker (and later experimental filmmaker under the name of Ian Hugo), Hugh Guiler, and they had settled in Paris for three years, due to the demands of his work. From that moment on, the author concentrates on writing and passionately living the bohemian life of the city, making friends and lovers. Hidden, tangled in the narratives, there are episodes from the author's childhood and also references to people she was meeting in those years: artists or characters she met at parties and nightclubs, generally women who, like her, wanted a life they didn't have.

The Dionysian experience of those years was completed by Nin with the flamenco classes that she took from the dancer and choreographer Francisco Miralles Arnau. According to Noël Riley Fitch in his controversial biography The erotic life of Anaïs Nin, Paco Miralles was more than a teacher for her and the moment in which he slipped into the locker room to kiss "the tight mound under her panties" in October 1927, was the moment in which the inhibitions that she had retained until then were unleashed. that moment in his Parisian life, the fruit of his Catholic upbringing. While Hugo works all day at the National City Bank, Anaïs enjoys an idle bourgeois life - at least until crash from the 1929 Stock Exchange - with a maid, hairdresser, seamstress and milliner at her service, a black Citroën car with red leather seats, a $ 720 fur coat and an unforgivable daily nap that she considers essential for her health. Until the day that Miralles follows her after dance class, all of Anaïs' efforts had been directed toward cultivating and ensuring the happiness of her marriage. "What would be of me without Hugo?", He writes in his diary. But after that episode, one day in December of the same year, walking down the boulevard de Montparnasse, near his home, he wonders what would happen if he suddenly said and did exactly what he wanted to say and do.

Shortly after, she meets the composer Gustavo Morales, Cuban like her mother and to whom she is attracted. He confesses to his diary his excitement and from there polyamory begins in Anaïs Nin and her inexhaustible search for pleasure. Her next love obsessions will be the writer John Erskine, a close friend of the couple, and her Cuban cousin, Eduardo Sánchez. The stories are written in the stage immediately prior to meet henry miller and that it is also prior to the edition that was made in the 70s and 80s in Spain of his expurgated diaries, whose first volume (Diario I) covers the year 1931 to 34. The correspondence of the moment in which he writes these stories with his great memorialist work, the one that has given him his great fame, is located in the fourth volume of the Early Diary of Anaïs Nin, which was first published in English in 1985, eight years after his death.

If 1929 is her year of rupture and liberation, a new life begins for her in 1930, when economic security is not so abundant and, in addition, she perceives that her husband lacks artistic aspirations. Anaïs poses for different artists, including her friend the painter Princess Natasha Troubetskoi, of the Russian aristocracy, performs dance performances and eats herself at the expense of coffees and sedatives. The death of DH Lawrence, in March of that year, was a severe blow to her; He regrets that he will never meet someone whom he felt so close to.

The first short stories that form The lost timelessness and other tales They also drink from that great source code that is their fertile and exuberant confessional notebooks. He enjoys writing literature but admits that he hates rewriting and editing. He writes quickly, in English, after having done it for years in French, but expressions in Spanish and some French words slip through.

The couple move to a house on the outskirts of Paris, in Louveciennes, and there Anaïs tries to recreate a literary and exotic home, decorated with Moroccan and Spanish reminiscences, where to invite her friends. She reserves her own room to write and in it hangs portraits of DH Lawrence, her father Joaquín Nin, her husband Hugo and her lovers Eduardo and John, a setting for her life that, just as she wanted, was filtered by the cracks in his work.