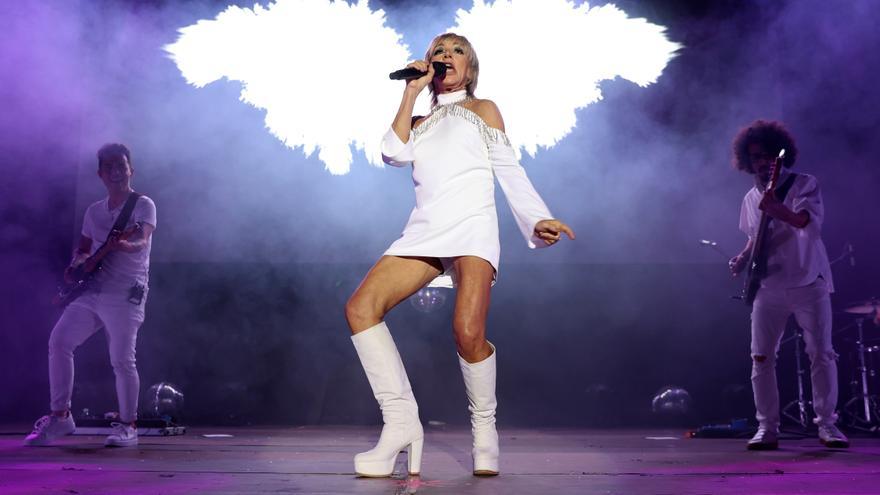 Jerez de la Frontera (Cádiz), Aug 4 (EFE) .- The Madrid singer, Ana Torroja, “the authentic and unique voice of Mecano”, arrives this Thursday, August 5 at the Tío Pepe Festival in Jerez de la Frontera, in a concert that will mark the equator of this event.

With his ‘Tour Volver’, Torroja will review on stage the successes of his time with the iconic Spanish pop band and, also, of his solo career.

In a note, the organization of the Tío Pepe Festival has recognized the career of the Mecano vocalist, who this Thursday will do a historical review of her entire artistic career, from her beginnings with the Cano brothers to her years alone, under the label of the ‘Tour Volver’, which is taking her to stages throughout Spain.

“The only voice of Mecano”, as the organization has described it, will offer a repertoire known to all audiences and for all ages, with songs such as’ I can’t get up anymore ‘,’ Son of the Moon ‘or’ Woman against mujer ‘, some of the hits that he will present along with other of his last singles of his solo career. Thus, the mythical themes of Mecano will be mixed with songs from albums such as ‘Puntos cardinales’, ‘Frágil’, ‘It costs me so much to forget you’ or ‘Smile’.

On the stage of the Tío Pepe Festival, Torroja marks the halfway point of this event with her ‘Tour back’, where she will give away the greatest hits that have accompanied her during her more than four decades of musical career, with two Platinum albums, three albums of Gold and great successes in recent years such as ‘Sonrisa’, ‘Ya No Te quiero’, ‘Duele El Amor’, ‘A Contratiempo’ or ‘No Me Canso’.

Until the solo start, with ‘Puntos Cardinales’, Ana Torroja maintained a musical union with José María and Nacho Cano in Mecano, a musical phenomenon that claims to be the most successful Spanish pop group.

Torroja’s voice gave the songs of the Cano brothers, almost always reflected from a male point of view, an ambiguous touch. The original look, and somewhat masculine, that the singer showed during this stage contributed to this. Despite a new meeting of the group, in 1998 the group separated again, starting again the solo career of Ana Torroja with the launch of ‘Pasajes de un Sueño’.

The latest advance tickets are on sale on the Tío Pepe Festival website.