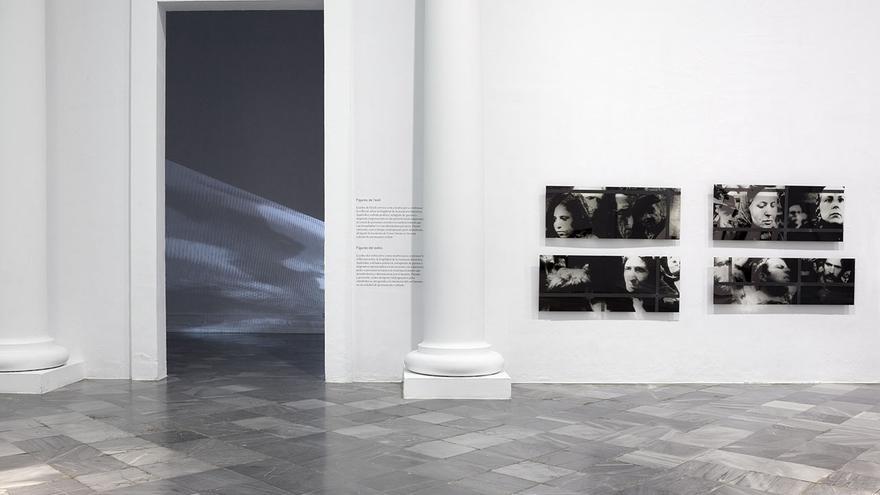 The jury of the National Photography Award for 2020 has proposed the award of this award to Ana Teresa Ortega Aznar. The award, awarded by the Ministry of Culture and Sports, is endowed with 30,000 euros.

The jury has recognized Ana Teresa Ortega Aznar for “understanding photography as a tool for the construction of collective memory and history”. At the same time, he has highlighted “his constant reflection on the photographic medium guided by a will to investigate its limits and possibilities as a hybrid language that dialogues with three-dimensionality”.

Ana Teresa Ortega Aznar was born in Alicante in 1952. She is a professor at the Polytechnic University of Valencia and began her photographic production in the 90s.

His work has as a central element the fragility of historical memory. His entire production is guided by a reflection on the photographic medium, its limits and its possibilities as a language to apprehend the past, thus recovering its emancipatory dimension. His constant inquiry into the photographic medium is reflected in a dialogue between the visual, the material and the intangible, giving rise to a hybrid production.

In his initial approaches, he investigates the relationship between (visual) photography and the materiality and three-dimensionality of sculpture and architectural spaces, evident in his photo-sculptures or in series and installations where the image is projected on architectures (such as the series ‘Escritores’ ). Since 2007 his work has acquired a documentary dimension, in series where he rescues the memory of those reprimanded by the Franco regime to restore their history: Figures of Exile, Silenced Cartographies, Of Forced Labor.

In recent years, he delves into the relationship with the intangible universe of literature and thought in ‘Shadowy Presences’, where he collaborates with writers and intellectuals to reflect on historical discourse, the responsibility of the historian or the narration of collective memory. This critical reflection on photography as a document, witness and tool to build history and collective memory, endows his work with a deep ethical and social commitment.

His work has been exhibited in individual and group exhibitions held, among others, at the University of Alicante Museum, the Espais d´Art Contemporani Foundation (Girona), the Visor Gallery (Valencia). In 2019 the retrospective exhibition Ana Teresa Ortega was held. Past and present, memory and its construction (2019, Center del Carme Cultura Contemporánea de Valencia).

In turn, his work is represented, among others, in the collections of the Eusebio Sempere Center (Alicante), the Arco-Art Collection (Madrid), the Valencian Institute of Modern Art (Valencia), the Museum of Fine Arts of Bilbao, the Galician Center for Contemporary Art (Santiago de Compostela) or the MNCARS (Madrid). As well as in private Spanish and American collections.

Among their catalogs we can mention Ana Teresa Ortega (2005), Ana Teresa Ortega. Photo-sculptures. Installations (2006), Silenced Cartographies (2010) or Past and present, memory and its construction (2019).