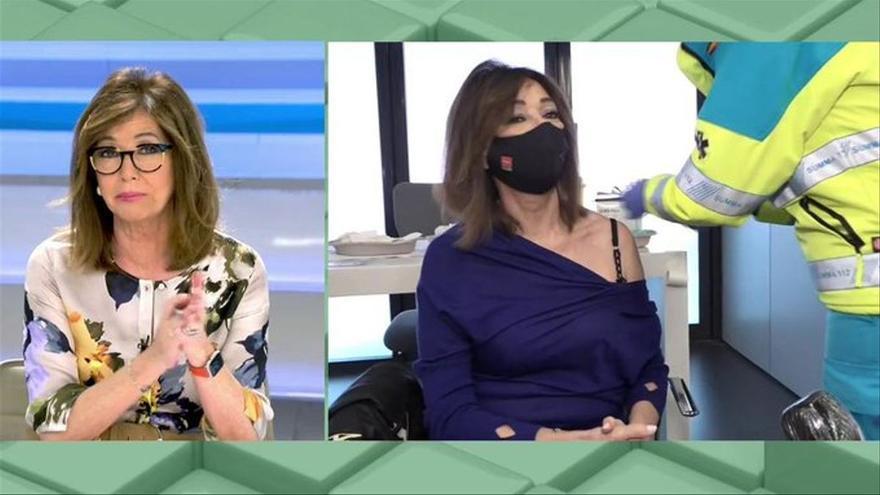 The last friday, Ana Rosa Quintana He was absent in the middle of his program to keep his appointment to get vaccinated. The presenter, who turned 65 last January, was within the age range currently allowed for AstraZeneca, so he did not hesitate to go to the Wanda Metropolitano de Madrid and show viewers your vaccination live.

This morning, the presenter returned to her post and explained to her colleagues at the political table and to the audience if she had suffered any side effects. I have had nothing. No tenths, chills, nothing ... No pain in the arm. Luckily, "said Ana Rosa, who reacted after the injection by saying that she had not felt anything.

Luck has been such that Ana Rosa assures that she has not had to take any medication to avoid any possible adverse effects: "I haven't taken anything. Not even paracetamol. Bad bug never dies."he said with a laugh.

Ana Rosa, who will have to be vaccinated with the second dose within twelve weeks, has also praised the forces that are making vaccination possible: "The people of SUMMA are making a great effort, for them our admiration." On the other hand, he regretted that there were few people: "I told him why there were so few people and they told me 'because we don't have vaccines."