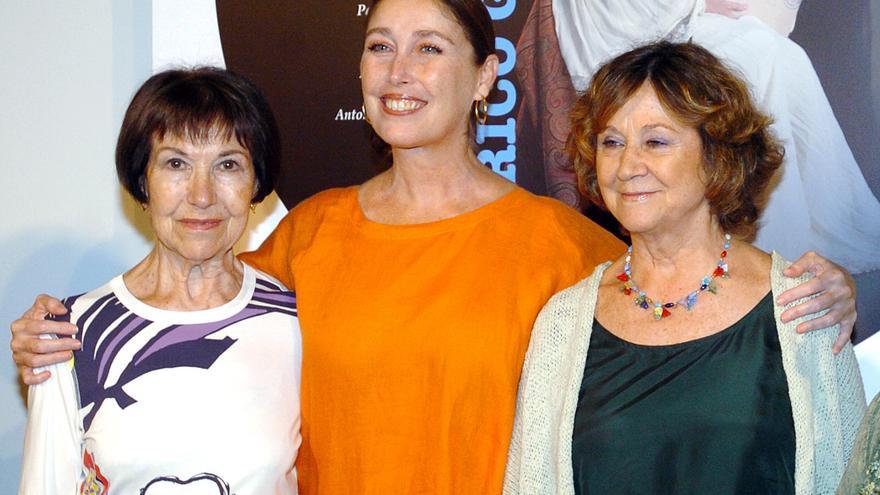 Barcelona, ​​Jul 22 (EFE) .- The actress Ana María Ventura has died at 98 years of age in Madrid, after a long and intense career, during which she worked with the best theater directors, as reported this Thursday by the National Institute of the Performing Arts and Music (Inaem).

"We sadly bid farewell to the actress Ana María Ventura, memory of our theater. An endearing artist of vast culture, who magnified our tables and treasured the affection of the entire profession," Inaem said on social networks.

Ana María Ventura was born in Barcelona in 1923 and took her first steps in the world of acting in the company of Isabel Garcés, to move on to that of Catalina Bárcena in the 1950s.

At the end of the fifties he entered the Infanta Isabel Theater in Madrid with Julia Gutiérrez Caba and participated in the premiere of "Sublime decision", by Miguel Mihura.

He also worked under the direction of Adolfo Marsillach and in the Alberto Closas company, before being part of the María Guerrero National Theater company.

"She was part of a generation of women who fought against male hegemony on the scene to find a space that belonged to them by right. We lose a symbol of our most recent theater. DEP," the National Dramatic Center said today.

Ana María Ventura, who was married to the actor Jose Luis López Vázquez, from whom she divorced, was a fetish actress for the playwright and director Francisco Nieva and also worked with José Luis Alonso, Núria Espert and Lluís Pasqual.

He also made forays into cinema and his films include "Nothing happens" by Juan Antonio Bardem, "La colmena" and "La casa de Bernarda Alba", both by Mario Camus, and "Tata mía" by José Luis Borau.

Likewise, he acted in various television series during the 90s and had participated in theatrical works for the Spanish television drama program Estudio 1 in the 60s, 70s and 80s of the last century.