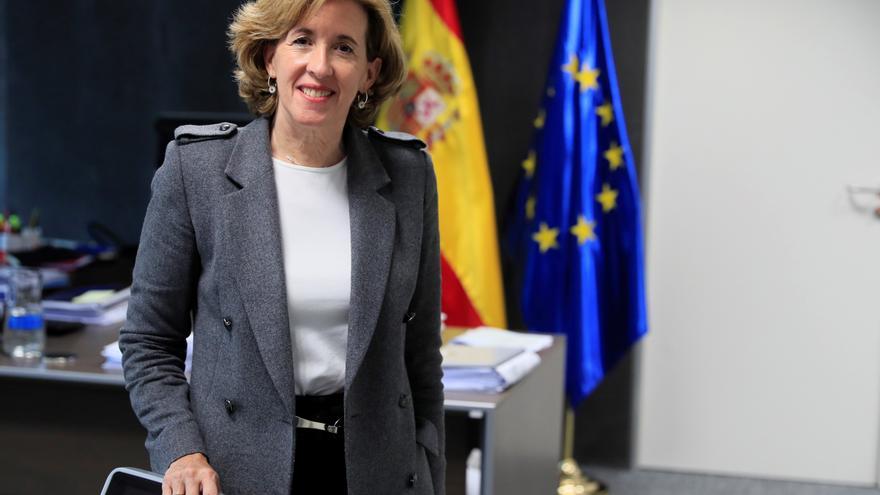 Madrid, Jul 20 (EFE) .- Ana de la Cueva will be the new president of the National Heritage, replacing Llanos Castellanos, who will occupy the position of deputy director of the Cabinet of the Presidency of the Government.

De la Cueva, who from June 2018 to May 2021 was Secretary of State for the Economy and Business Support, will preside tomorrow the meeting of the Heritage Administration Council, which will also be attended for the first time by the Secretary General of the Presidency , Francisco Martín Aguirre.

Ana de la Cueva has a degree in Economic and Business Sciences from the Autonomous University of Madrid in the specialty of Quantitative Economics, and has developed her entire professional career at the Ministry of Economic Affairs and Digital Transformation.

In addition, she was director of the Cabinet of the Secretary of State for the Economy.

De la Cueva will be the second woman to hold the presidency of the National Heritage after María de los Llanos Castellanos Garijo, who held the position since February 2020.

National Heritage is a public body dependent on the Presidency of the Government dedicated to the care and maintenance of state-owned assets that come from the legacy of the Spanish Crown included in the National Heritage Law.

It manages 19 palaces, monasteries, convents and annexed buildings, open to public visits, that make up the network of Royal Sites -among them the Royal Palace or the Monastery of El Escorial-, and that house more than 154,000 historical-artistic pieces of all the disciplines that constitute an essential part of the Spanish cultural heritage.