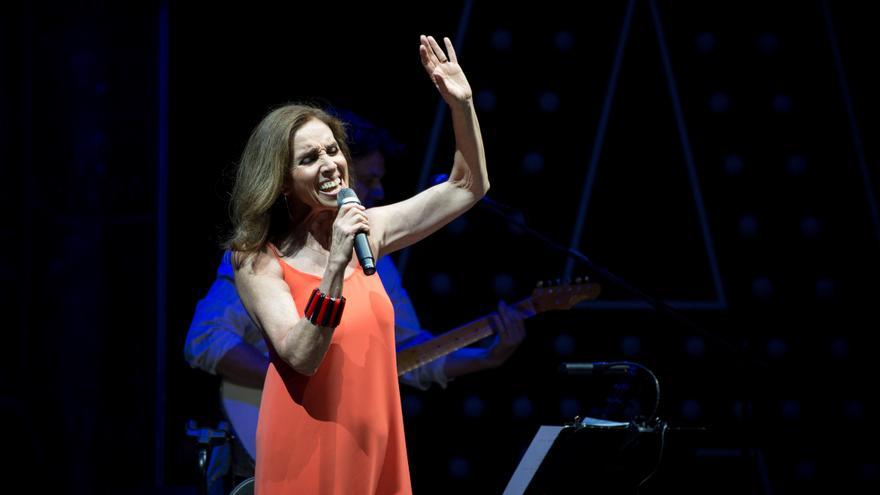 Madrid, May 21 (EFE) .- The singer Ana Belén returns to the music scene with the launch of her collection “Ana Belén 70” (Sony Music), a set of 4 CDs in book format that reviews 70 songs of the last 50 years of his musical career.

This collection contains songs that “are hymns of several generations and that are in the collective memory” such as: “Contamíname”, “Arde Paris”, “Waste”, “A dress and a love”, “Spain white shirt of my hope” , “From my freedom”, “Lía” or “I don’t know why I love you”, among others.

The Madrilenian singer became known in the early 1960s by participating in musical competitions on the radio, although she soon distanced herself from that field to start a career in the theater and later move on to the cinema in the 1970s.

After meeting his current partner, the singer and songwriter Víctor Manuel, he got a record contract with which he started his long musical career.

His first albums, which combined the author’s song and the political demands of his time, did not have the expected success, something that changed in 1979 with the publication of the album “Ana”, whose first single, “Agapimú”. it was one of the most popular songs of the year.

This success was followed by others throughout the 80s such as “The man at the piano” or “I only ask God.” In collaboration with Víctor Manuel, in 1986 he published the joint album “For tenderness there is always time”, with the popular song “La Puerta de Alcalá”.

Starting in the 90s, Ana Belén focused on her role as an actress and spaced her musical productions, with albums such as “Veneno para el corazón” and “Mírame”.

His musical career would continue until 2019, the year that he would publish his last studio album, “Vida”, for which he featured songs by authors from another generation such as Dani Martín, Jorge Drexler, Andrés Suarez or Rozalén.

Up to a total of 70 songs are collected in this collection that makes a musical review from the beginning of the artist’s career to her latest publications.