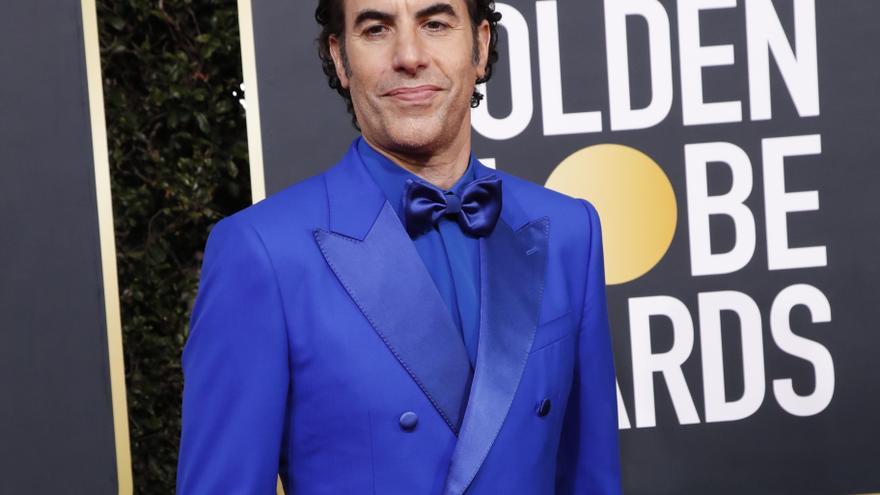 Los Angeles (USA), Apr 15 (EFE) .- The actor Sacha Baron Cohen had to flee from a demonstration in favor of the use of arms in the United States during the filming of “Borat, a film film sequel”, as discovered this Thursday an unpublished scene from the tape.

The Amazon platform will premiere an expanded version of the comedy, awarded at the Golden Globes, which according to its trailer includes never-before-seen scenes such as the moment in which the interpreter was reprimanded by a group of armed protesters during a meeting organized by extreme activists right this summer.

“Come on, come on, come on. If you stop, we’re going to be in a violent situation,” says Baron Cohen on the floor of an emergency vehicle, holding the door that a group of people are trying to force open.

The timing corresponds to a rally in which extremist groups, coronavirus deniers and defenders of the right to bear arms gathered in Washington state this summer.

There the actor came, disguised as a country singer, to interpret a version of a racist song that initially pleased the public until the parody tone was evident.

This is one of the central scenes of this sequel to “Borat” (2006) in which Baron Cohen again played Borat Sagdiyev, the fictional character caricatured as a Kazakh journalist, misogynist, racist and obsessed with American conservatism.

The actor has narrated in some interviews that he was always aware of the danger involved in filming, so they hired several ambulances and security teams in case the situation became uncontrollable.

For months, Baron Cohen and his co-star, Maria Bakalova (Oscar nominee) infiltrated the lives of families, organizations and politicians linked to the American extreme right to caricature that political universe.

Bakalova came to the White House as a reporter for a medium related to now former US President Donald Trump (2017-2021) and even interviewed his lawyer, Rudy Giuliani.

At the end of the interview, Giuliani, 76, agreed to have a drink alone in a hotel room where he tried to get intimate with the 24-year-old actress, and in which the cameras recorded him at a time when he reaches into his pants lying on the bed.

Trump’s attorney acknowledged that the images are real, but claimed they were taken out of context and that he was misled.