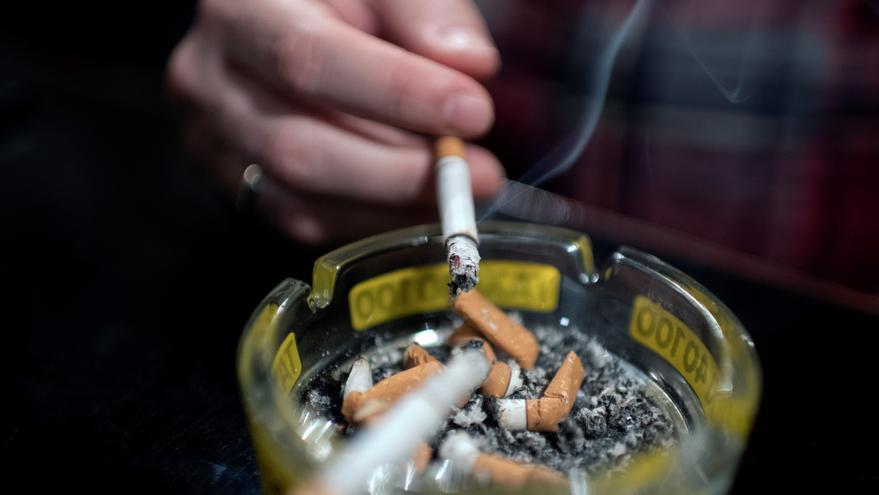 An unprecedented measure in Spain. It is what has promoted the Xunta de Galicia when making the decision to ban from this Thursday smoking in public places when a safe distance cannot be maintained. It is one of the new restrictions imposed on the escalation of coronavirus infections, especially in A Coruña, which President Alberto Núñez Feijóo has called "very worrying". The limitation is in line with the recent recommendations of the Public Health Commission of the National Health System and several medical societies, which have advised not to smoke on terraces, beaches or other open spaces, alluding to the spread of the virus. But Galicia has gone one step further and has directly announced the prohibition of the practice, an unprecedented decision that experts assess with caution.

The issue has not left anyone indifferent, but the bottom line lies in whether, in addition to causing a worse evolution of the COVID-19 disease in smokers, exhaling the smoke is associated with a greater possibility of infecting those who are near. Something that slid the consensus document approved by the Public Health Commission on July 2, which recommended avoiding tobacco consumption "in community and social settings" and that it be done "in separate open spaces" and taking extreme precautionary measures. Also the Collegiate Medical Organization (OMC) issued a positioning together with the Spanish Society of Public Health and Health Administration (SESPAS), the Spanish Society of Pneumology and the National Committee for the Prevention of Smoking that went in the same direction and called it "highly recommended not to consume tobacco or vape in open public spaces even if it is allowed by law. "

Sharp was also with this matter the Spanish Society of Epidemiology (SEE), which positioned itself at the end of July and called for the expansion of "smoke-free spaces" so that the smoking ban "is extended to all terraces of bars and restaurants, entrances to educational centers, university campuses, outdoor shows open air, sports facilities and private vehicles ". The text made reference to COVID-19, but did not circumscribe the request specifically to the pandemic and demanded a further step in the current anti-smoking laws "to reduce the high burden of morbidity and mortality associated with tobacco consumption and exposure to smoke. tobacco environment ".

Ban is "a very big leap"

The truth is that the documents were limited to that broad framework: smoking as a serious public health problem. All the experts consulted by elDiario.es agree that globally, everything that has to do with reducing levels of smoking is positive. What generates more controversy is linking it to the pandemic because they explain that there is not enough solid scientific evidence on the extent to which the exhalation of smoking in open spaces increases the risk of contagion to justify something blunt like the ban. There are references to the fact that exhaling the smoke or aerosol released by electronic cigarettes increases the number of Flügge droplets through which the coronavirus is transmitted, but "when you want to limit freedom, it is important that there be scientific evidence" strong because prohibiting is "a very big leap", values ​​the former Secretary General of Health from 2005 to 2011 and professor at the Andalusian School of Public Health, José Martínez Olmos.

Fernando García, epidemiologist and spokesman for the Madrid Public Health Association, agrees with this, calling the matter "complex." In his opinion, it is advisable "as a precautionary principle" not to smoke in crowded spaces "because there is a possibility that droplets are emitted remotely that could reach other people", but he considers that the ban "may be precipitated". From recommending to banning, he says, "there is an important step" and "there is not enough scientific evidence yet to justify" an "extreme" measure like this. Of course, the specialist continues, the coronavirus "is a set of uncertainties" and it may be that soon "there will be solid scientific reasons to adopt it everywhere." The WTO document was also based on the precautionary principle, which refers to "well-founded suspicions" of greater risk. While we do not have scientific evidence on the transmission of the coronavirus by cigarette smoke or electronic emissions, he noted, "there is data to suggest it."

Both García and Martínez Olmos mention the importance of "starting from a global approach" in the form of guidelines from the World Health Organization (WHO) or the European Center for Disease Prevention and Control (ECDC), which have not been positioned. And they also show their doubts about the fact that it is a unilateral decision taken by an autonomous government and not something consensual, for example, in the Interterritorial Council of the National Health System. "It seems that Núñez Feijóo wanted to act as Minister of Health," criticizes the second.

Limited effect, but "not a bad measure"

Other voices are convinced of the relevance of the Galician measure. This is the case of the former director of Health Action in Crisis Situations of the WHO and professor at the Andalusian School of Public Health Daniel López-Acuña, who admits that he speaks from a prism based on the fact that he would already "prohibit without pandemic or with pandemic smoking in public spaces ". "Welcome to everything that is done in the direction of reducing this serious public health problem," he says about Feijóo's announcement. "What is the direct impact on the coronavirus? We do not know; it will be marginal," he acknowledges. But that it has a limited effect "does not mean that it is a bad measure," says the specialist, who stresses that "it will help us."

López-Acuña is more in line with the fact that "we can minimize the risks" and places smoking "in the order of speaking loudly, shouting or singing", when more droplets are released with which the virus is transmitted. There is also an international discussion about the airborne transmission of COVID-19, that is, if it is transmitted by aerosols and not only by these droplets that due to their weight fall rapidly to the ground. Given some evidence, it could be that exhaling the smoke can send microparticles impregnated with the virus farther away, an extreme that a few weeks ago a group of scientists asked the WHO to include as a transmission route, but especially indoors.

What the companies do conclude is that the act itself facilitates attitudes associated with a higher risk in the face of COVID-19. Smoking or "vaping", wields the WTO, increases the possibility of transmission of the virus through the mouth "to the extent that it involves repeatedly bringing the fingers" to this part of the body, and if cigarettes or electronic devices are contaminated with the viruses "could act as an inanimate vector" of the virus. Smokers perform this movement much more frequently than non-smokers, they explain in their document, in which they quantify it: a smoker of 20 cigarettes a day performs approximately 300 times more hand-mouth movement than a non-smoker. In addition, in general terms, to smoke or vape "they remove the mask from their mouth many more times a day than a subject who does not consume tobacco" and the chances of their fingers touching their mouth or even "the inside of the mouth are increased. mask".

Ildefonso Hernández, spokesperson for SESPAS and former director general of Public Health of the Ministry of Health between 2009 and 2011 refers to this extreme: "It makes there is a risk of walking taking off and putting on the mask. Regardless of what might contribute to the spread, that there is scientific doubt about it, it is not only about this, but about helping to make the use of preventive measures the safest, that is, the best use of the mask ". The specialist speaks of the decision of the Xunta de Galicia as a measure that "contributes to putting tobacco on the agenda as an element detrimental to health" and as positive that "it goes on the path of reducing smoking."

However, all experts agree that the measure will have limited effects on the control of the coronavirus. A forecast that leads Usama Bilal, professor of Epidemiology and Biostatistics at Drexel University (Philadelphia), to be suspicious of the decision as a measure to face the increase in cases. "Any limitation to the spaces in which it is possible to smoke have benefits and for me it is a good thing globally, but I am less clear that it makes sense as a measure to control the pandemic," he says. For the epidemiologist, even circumscribing it only to the epidemic is not only a "rather poor" measure, but it may carry some risk. And double: on the one hand, that "by staying with measures of low effectiveness but a lot of media coverage, we remove prominence to the measures that can work" and, on the other, that "by prohibiting doing something in open spaces, there is an increase in frequency in closed spaces ".

In the first case, Bilal explains that, given the escalation of infections in the health area of ​​A Coruña, which accounts for more than half of the active cases of coronavirus in Galicia, "it would make more sense to limit mobility to other areas, for example". In addition, transmission in open spaces, where the Xunta's smoking restriction is circumscribed, "is much lower than in closed and poorly ventilated spaces", so that before prohibiting smoking "I would close the interior of the premises or do more inspections of work "with the aim of reviewing the implementation of hygiene measures and safe working conditions, an area in which a significant percentage of outbreaks occur. "Smoking has a general impact on the health of the population, but measures must be promoted with great effect," he concludes.