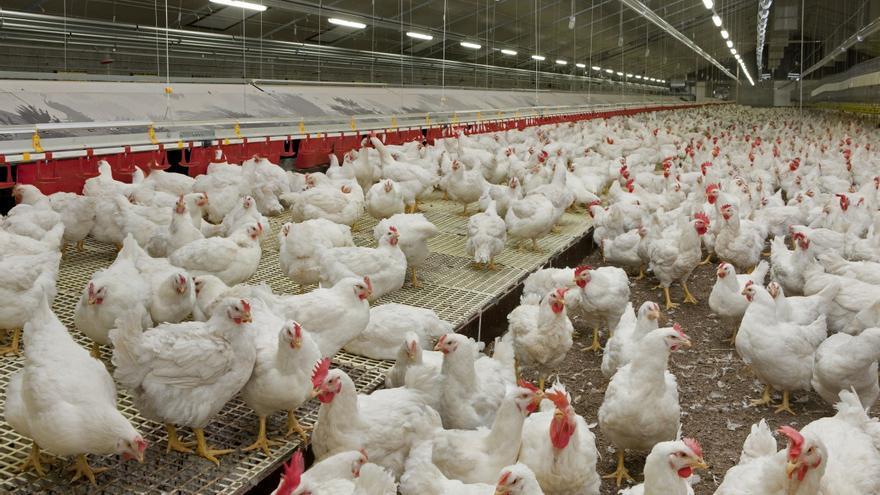 The EU is investigating an outbreak of salmonellosis in recent weeks with nearly 300 cases and two deaths. Specifically, 272 have been identified, according to data from the EU Center for Disease Prevention and Control (ECDC) on February 8. The infections have occurred in five countries of the Union plus the United Kingdom. The nation with the most infections is France, which accumulates 216, followed by Spain, with 22, the Netherlands, with 12, Norway, with seven, and Denmark, with three. The UK has recorded 12 cases.

Of the total number of infections, this EU report assures, 60 had consumed eggs or derived products and 25 of them were hospitalized.

Infections have occurred in all age groups: from those under one year old to those aged 93, although most of them occurred in people aged 1 to 64 years. By gender, more than half of the cases that have been reported in 2021 (53.7%) corresponded to women, although, the EU specifies, there was not a great difference in this aspect at a general level. It is more noticeable, according to the data, in the age group over 74 years, in which women showed more frequency than men.

In the 2021 French infections, some of those affected had been to restaurants whose eggs came from three Spanish farms, one of which had tested positive. Those eggs were removed and used for other products, being previously treated.

The epicenter of the outbreak for the rest of the countries – the Netherlands, Norway, Denmark and the United Kingdom – has not been established, because none of them received eggs from that packing center in Spain.

This 2021 outbreak, says the EU, is microbiologically linked to another reported by the Netherlands in 2019, which originated from the consumption of eggs from a Spanish farm. However, it has not been possible to identify an epidemiological link with the current one. What happened suggests a distribution of the outbreak strain that could affect the food supply chain or earlier steps in the production chain.

The EU maintains a high level of risk of new infections caused by the outbreak strain and contaminated eggs. For this reason, they insist on the importance of promoting intersectoral investigations of contamination in the egg supply chain within the countries in which it has been detected.

History of the outbreak, by country

France, the country that has reported the most cases, began investigations at the end of August last year, when 42 infections were detected. Most of them, 24, occurred in the Provence-Alpes Maritime-Corse region. According to the interviews that were conducted, some of those infected had visited fast food restaurants in the south of the country. Of the 216 cases, 91 of them had traveled to different countries: Spain, Montenegro, Poland, Portugal, Hungary, Italy, Luxembourg and Tunisia.

As of December 21, 2021, 22 salmonellosis infections linked to different outbreaks had been reported in Spain: family meals, meetings or stays in a nursing home. There are no travel reports in relation to these infections.

The Netherlands had registered 12 cases as of January 2022. Ten of them had not traveled outside the country and two had: one to the Dominican Republic and the other to Poland.

Norway reported on January 19 of this year that in 2021 it had registered seven cases of salmonellosis. Of these, two had traveled to Spain and one to Denmark, within seven days of infection. The rest did not report leaving the country and in one of them, their movements are unknown.

For its part, Denmark reported three cases in 2021: two of them in August and one in November. One of those infected reported that he had traveled to France, while another had not moved from the country and the third did not detail his movements.

Outside the EU, the United Kingdom has also reported cases of salmonellosis for this 2021. As of December 22, it reported 10 cases in England and two in Scotland. Four of those infected had traveled and two of them had traveled to Spain.