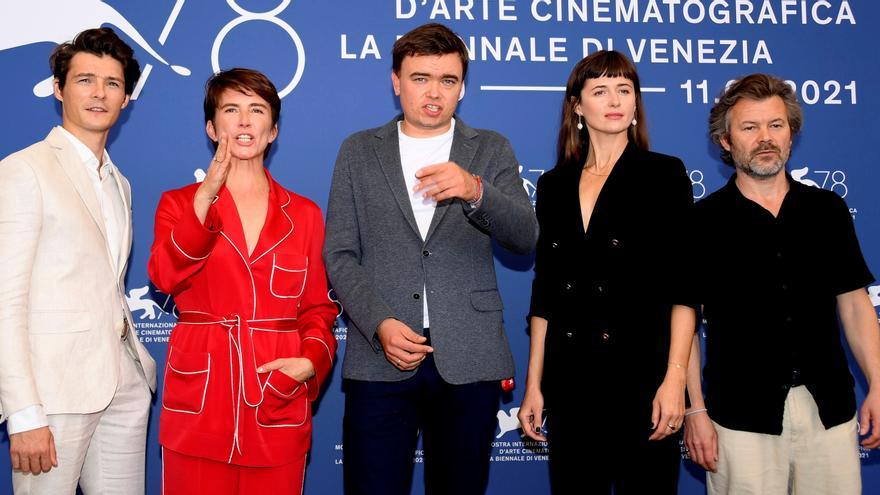 Venice (Italy), Sep 9 (EFE) .- “Leave no traces”, the true story of a Polish student beaten to death in 1983 by members of the communist militia is measured with a psychological thriller starring a dentist, “America Latina “, by the D’Innocenzo twins on the penultimate competitive day of the Venice Film Festival.

In their third feature film as directors, the Italians Damiano and Fabio D’Innocenzo, scriptwriters of the acclaimed “Dogman” by Matteo Garrone, play games with the viewer from the title itself, an allusion to a city, Latina, located south of Rome.

“We wanted the viewer to feel like a fly trapped behind glass,” Damiano D’Innocenzo explains at a press conference about the claustrophobic tone of this story, that of a middle-aged dentist (Elio Germano) with an apparently satisfying life – professional and economic and family success – in a villa located on the outskirts of the city.

However, from the beginning it is perceived that something is not going well. The unimaginable happens when one day he goes down to the basement of his house and it is not possible to explain what is there, which will make him enter an increasingly unbearable spiral of torment.

“It talks about how we hide what we don’t like about ourselves under the rug to preserve the image we have of ourselves,” says actor Elio Germano, who also worked with the D’Innocenzo brothers on their previous film, “Dear Neighbors.” (“Favolacce”, 2020).

He has also highlighted the feminine traits of his character. “The idea was to create an opposite of the winning male, that model of a powerful man called to conquer and who is now also invading many women,” he details.

Fabio and Damiano share the writing and directing tasks. No one sees a typical thriller in this film. “It is mysterious, ambiguous, if you want to say thriller let’s say it is psychological”, says the second, “we love the genre and its precise rules but here we have tried to avoid some rules so as not to repeat something that we have already done before”.

The idea of ​​love is crucial in the plot. “When we talk about love, our ghosts, obsessions, insecurity about the future immediately come,” emphasizes Fabio, “we wanted to explore to what extent love can save you, help you put together all the pieces of the puzzle”.

The other contender of the day is “Leave no traces”, the second feature film by the Polish Jan P. Matuszynski and reconstructs the story of Grzegorz Przemyk, son of a well-known poet and activist of the Solidarity union (Bárbara Sadowska) who was only 19 years old when he died at As a result of a beating by the agents who stopped him on the street for not wanting to show his ID.

The case had a huge echo at the time and his funeral, which was attended by 60,000 people, became an act with political resonances and tragic consequences. The priest who officiated it, Jerzy Popieluzko, was assassinated a year later.

In the trial for Przemyk’s death, the assailants got away with impunity and two nurses were convicted and taken to hospital. However, many years later, in May 2008, the Polish courts sentenced Ireneusz Kolciuk, one of the members of the communist militia who participated in the beating, to four years in prison.

For Matuszynski, born in 1984, the issue is relevant today because “oppression continues to be a current issue in many countries today.” In the film, he seeks rigor in the portrayal of real characters such as Barbara Sadowska, Grzegorz Przemyk or the then Prime Minister General Wojciech Jaruzelski.

With the protagonist on the other hand, Jurek Popiel, friend of the victim and only witness to the events, more licenses are allowed.

The 78th edition of the Venice Film Festival thus faces its final stretch in the absence of the screening tomorrow of the last two films that will fight for the Golden Lion, the Philippine film “On the job: the missing eight”, by Erik Matti and the French “Un autre monde” by Stéphane Brizé.