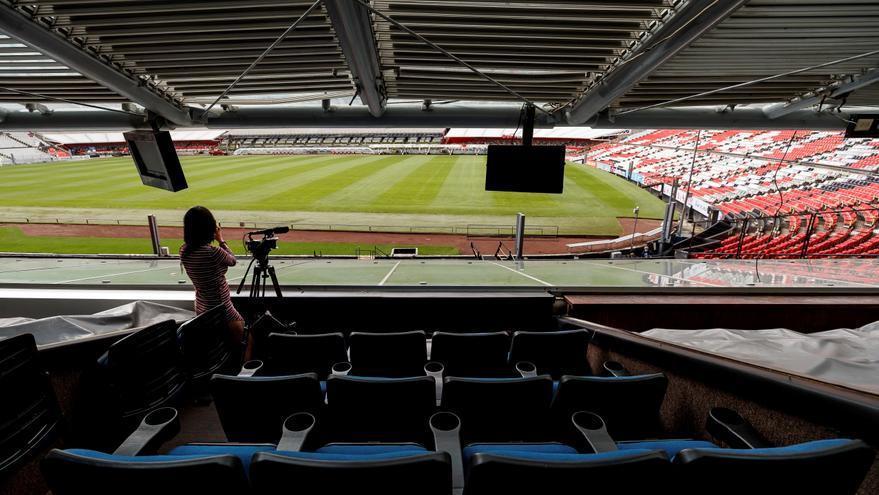 Mexico City, Sep 15 (EFE) .- Ticket number 832,442, purchased in Mexico City, was the winner this Wednesday of the highest prize in the National Lottery draw for Mexico’s Independence Day: a box in the Azteca Stadium with a value of 20 million pesos (one million dollars).

The first prize was the only one guaranteed, that is, if the winning ticket had not been sold, the process would be repeated and it would be called as many times as necessary until a winner came out.

“Our system confirms that (the ticket) was arranged by electronic means but the winner of the award is in Mexico City,” said the organization at the end of the draw, which was broadcast live from the main headquarters of the National Lottery, located in the emblematic Paseo de la Reforma.

The draw was held on the occasion of Independence Day, a day of celebrations throughout the city prior to the Cry of Independence proclaimed at night by President Andrés Manuel López Obrador on the balcony of the National Palace.

In addition to the box, which is so far owned by the National Lottery itself, 22 prizes were raffled in total, which in this case are real estate – mostly confiscated from organized crime in various states – between houses, apartments, ranches and land. .

A DRAW WITH TRADITIONS

The raffle was held in the emblematic building “El Moro” and began with the music of the Banda de Tlayacapan, from the central state of Morelos, one of the oldest in the country, whose members performed various pieces of the traditional repertoire dressed in typical costumes from the region.

Afterwards, he presented himself to the authorities present, the national anthem was heard and the bell for the start of the draw was rung to give way to the emptying of the number and the appearance of the “screaming children” in charge of singing the winning numbers.

President Andrés Manuel López Obrador invited two weeks ago to buy one, two or three raffle tickets, which he described as “very attractive” for those who are soccer fans.

From the morning there was a lot of movement in the surroundings of the National Lottery headquarters, where the official “botarga” (person in disguise) stopped the passers-by to encourage them to buy a ticket and wished them luck.

Some fell and took a last minute “little” (ticket) before the possibility of ending the day with a new house or new land.

This was the case of Arturo González, who bought 13 “little pieces”, confident that after 25 years he could win a prize again.

Although he is a loyal player and likes “normal draws” more, he considered that this time there were also “quite a few possibilities” because there were many prizes.

In contrast, Epifanio Ruiz never plays the lottery but this time he made up his mind and confessed to Efe that “any prize is good with the current situation, whatever it is.”

This type of sweepstakes, for him, are good initiatives since they fall on “social welfare”.

The amount raised in the raffle will be used to support Mexican athletes who participated in the Olympic and Paralympic Games.

On September 15, 2020, just a year ago, the presidential plane raffle was carried out, although the aircraft itself was not raffled, but the equivalent of its value in 100 prizes of 20 million pesos each (almost one million dollars).